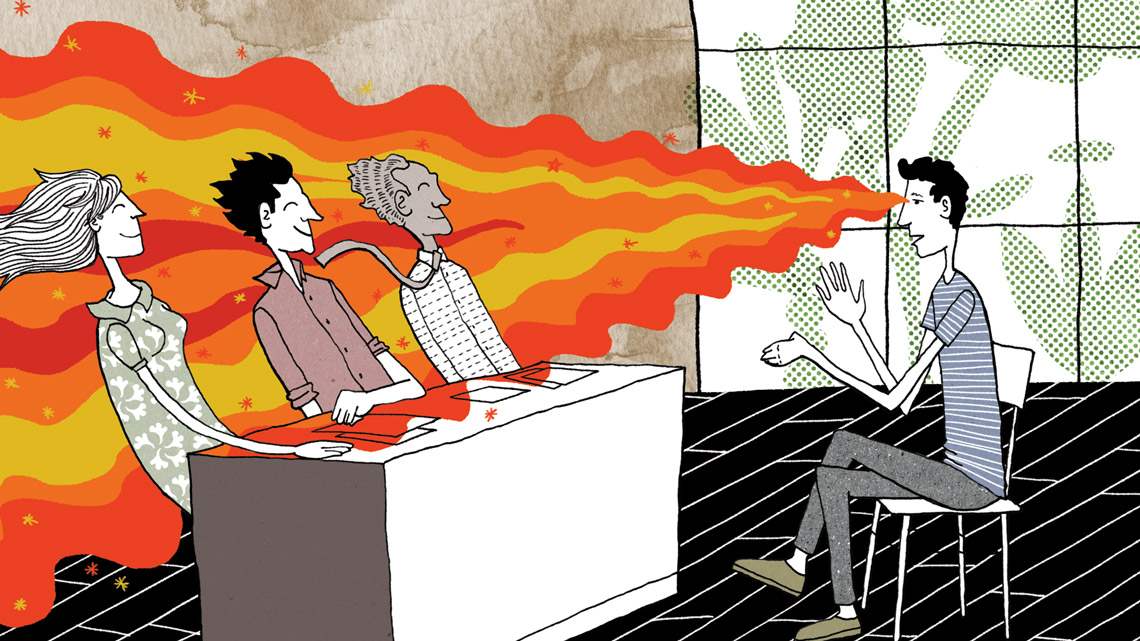 Tests including essay and multiple-choice questions that cover high school-level content are no longer the only way to guarantee admission to private universities in Brazil. Some higher education institutions, looking to let go of content-focused processes, have begun to see interviews as a more efficient way to find students whose profiles align with their educational approach.

“Interviews allow the assessment of aspects not covered by traditional testing, such as the candidates’ expectations about their chosen schools and careers,” explains Rodrigo Sabbatini, academic director of Campinas Faculties (FACAMP). Having used this admission model since 2019, the institution has conducted, on average, 500 to 700 interviews over five days during each admission season, where 25 professors talk to candidates hoping to get admitted into the undergraduate programs. The admission process with interviews takes place twice a year and covers the nine programs offered by the institution, including business administration, law, economics, mechanical engineering, international relations, and digital design.

The idea of adopting the interview method arose when the school decided to ask candidates for a video or cover letter as part of the traditional admission process, along with a written test and essay. “We expected that 90% of these presentations would be videos and 10% would be letters, but the opposite happened,” says Sabbatini. Since then, the interview has become decisive among candidates who stand out in the first phase of the admission process, which includes an essay as well as logic and general knowledge questions. In 20 minutes, two professors have the mission to analyze the candidate’s trajectory during high school and learn about their professional expectations. “Since they obtain very similar grades on their written tests, this is how we get to know them, observing how they speak and what they expect from higher education. These aspects are essential for our admission process and have caused a considerable reduction in the dropout rate,” shares Sabbatini. Before the test and the interview, the institution also requests the candidate’s academic transcript for review. Both the written test and the interview can be conducted in person or remotely, according to the candidate’s preference. “We want students who can think critically, not just memorize formulas. This is something we can already spot during the admission process,” he considers.

Interviewing undergraduate candidates is quite common in countries like the United States and Canada. In Brazil, the institutions that have adopted this method consider it an efficient way to manage admission to highly sought-after programs. It was by adapting the Canadian model that the Albert Einstein Israeli Faculty of Health Sciences (FICSAE) began to select 60 candidates every six months for their medical program. Made up of two phases, the entrance exam consists of a test with 50 multiple-choice questions, five discursive questions, and an essay. Once the first phase is completed, the successful candidates undergo eight mini-interviews to assess how they react in different situations.

“The student has two minutes to get informed about an issue, presented as printed text, a cartoon, or a video, right at the entrance of each mini-interview room,” explains Alexandre Holthausen Campos, superintendent director of education at Einstein. In the first phase, there are usually a hundred candidates per spot; in the second phase, that number drops to six, meaning the interview is decisive in the admission process. “Generally speaking, candidates who reach the second phase perform very similarly,” explains Campos. “As we follow an active methodology, based on projects or problem solving, the student becomes the focus of the learning process and needs to take responsibility for their trajectory. This is why we believe that social and emotional skills are key for admission to the program,” he adds.

The team of evaluators in each interview room is made up of professors, students and, at times, college alumni, healthcare professionals, and physicians from the hospital complex itself. In addition, professional actors play out an immersive scenario for the candidate’s participation. “All the evaluators are previously trained to analyze the applicants, but they only become aware of the mini-interview topics on the day they take place. Our goal is to ensure there is no favoritism resulting from information leaks,” says Campos. On the day of the interviews, after undergoing the second phase, candidates remain isolated and without access to cell phones or even smart watches, making it impossible to leak any of the content. The admission process involving interviews has been adopted since the implementation of the medical program in 2016. Despite having new classes every six months, the college conducts a single admission process at the beginning of the year, when both waves of students are selected. “By using this evaluation process, which goes beyond the written test, we have been able to more accurately select students who align with the educational narrative of our program.” Before the process, the evaluators undergo training in the selection criteria and the parameters for verifying the results. “We champion diversity, including when selecting the evaluators; we also discuss issues of race, gender, and sexual orientation,” adds Campos.

In addition to interviews, having to provide video presentations have made candidates research the educational institutions they wish to join. In the admission process of the São Paulo School of Business Administration of Getulio Vargas Foundation (EAESP-FGV), candidates complete an oral test in addition to the traditional written test. “We use the Canadian platform Kira Talent, through which the student has access to a set of questions that must be answered in a predetermined time, remotely and asynchronously. This means that, after it is recorded, the content is sent to the evaluators as a video file,” explains Renato Guimarães, coordinator of the business administration programs at FGV. The institution has protocols in place to ensure impartial evaluations, as well as ethical principles that prevent bias involving gender, sexual orientation, race, creed, social position, or place of birth. “The pursuit of diversity is one of the school’s principles,” he highlights.

Anyone applying for a spot in the business administration program, for example, must answer four questions; those that choose public administration, must answer five. The candidate has a minute and a half to prepare an answer for each question. “Conciseness itself is a point that we evaluate, meaning the candidate must go straight to the point,” reinforces Guimarães, who indicates three fundamental traits considered in this phase: analytical ability, ability to influence the environment in which they operate, and availability to interact with different social media. Instructions for the interviews are included in the public notice released each semester, which generates around 1,000 videos per admission cycle.

Since last year, to be admitted into one of the undergraduate programs offered by ESPM, the candidate must master concepts covered by the recommended reading material and videos, which are the basis for the online interview that takes place in the first phase of the admission process, before the essay. “In this conversation, we verify how well the student uses their repertoire and addresses the topics brought up by the recommended reading material,” explains Cristina Helena Pinto de Melo, director of teaching and student success at ESPM. Among the programs offered by the school are communications and advertising, cinema and audiovisual media, business administration, design, journalism, and information systems. According to Melo, the interview helps them identify the students most engaged with their chosen careers, precisely because they are led to reflect on the program and profession before undergoing the interview. This new type of entrance exam is part of a remodeling project that has been taking place at the institution since 2010, at its different campuses in São Paulo, Rio de Janeiro, and Porto Alegre.

A student of the ESPM Communications and Advertising program since the beginning of 2021, Paulo Mendonça Bentes, from São Paulo, shares that preparing for the interview was an opportunity to reflect and confirm his interest in the field of humanities, which traditional admission processes do not provide. “When thinking about my personal and professional goals, I compared them to the school’s principles, which also made me reflect on the career I had chosen,” says Bentes. In his interview, he was able to address concepts such as ethics and social and environmental responsibility.