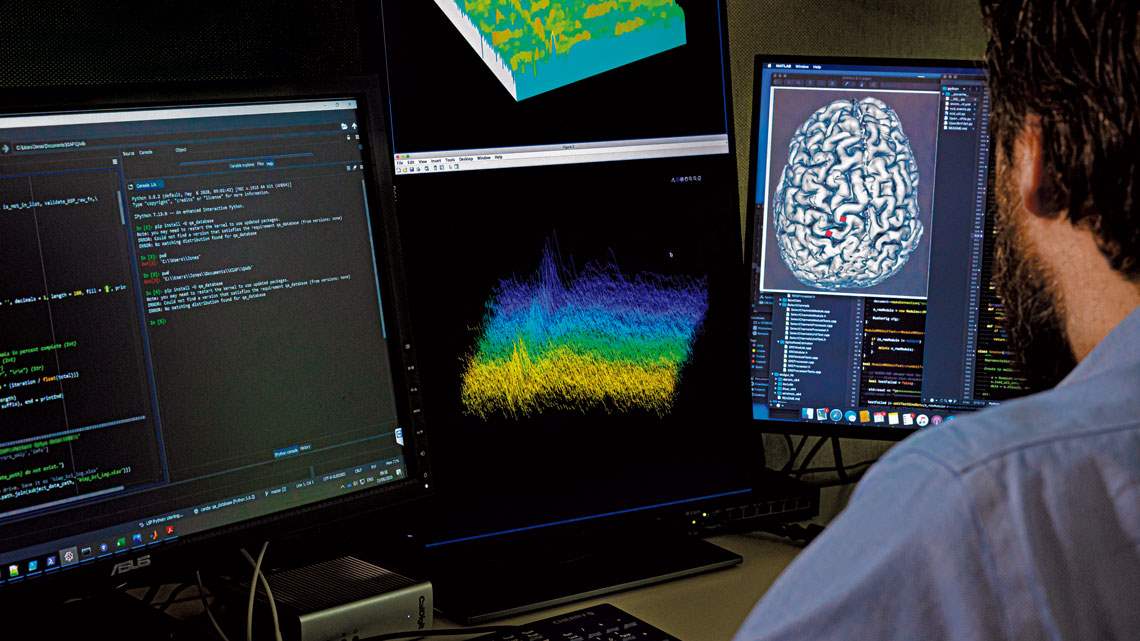 Electrodes implanted in two areas of the brain of a 34-year-old man who was completely paralyzed appear to have allowed him to temporarily communicate with doctors and family. While the letters of the alphabet were read to the patient by a voice synthesizer, the electrical signals captured by the electrodes were analyzed by a computer program, which identified which ones he wanted to use to form words. The man suffers from amyotrophic lateral sclerosis and has progressively lost his voluntary muscle control and the ability to communicate—in 2018, he even lost the ability to move his eyes. The brain-computer interface was developed by a team led by biomedical engineer Ujwal Chaudhary and neuroscientist Niels Birbaumer, then researchers at the University of Tübingen in Germany, and enabled the patient to form a few sentences letter by letter, such as asking his son, “Do you want to watch Robin Hood with me?” The pace was slow, at one letter per minute on average (Nature Communications, March 22). For unknown reasons, the signal capture has recently become less reliable. Chaudhary and Birbaumer conducted two similar experiments in previous years, but the resulting papers were retracted after an investigation by the German Research Foundation (DFG) in response to a complaint concluded that the pair may have engaged in scientific misconduct. The researchers maintain that the results in the articles are reliable and Birbaumer is suing the DFG (The New York Times, March 22). Some scientists interviewed by the newspaper believe the current findings are robust and important. Others viewed them with skepticism.