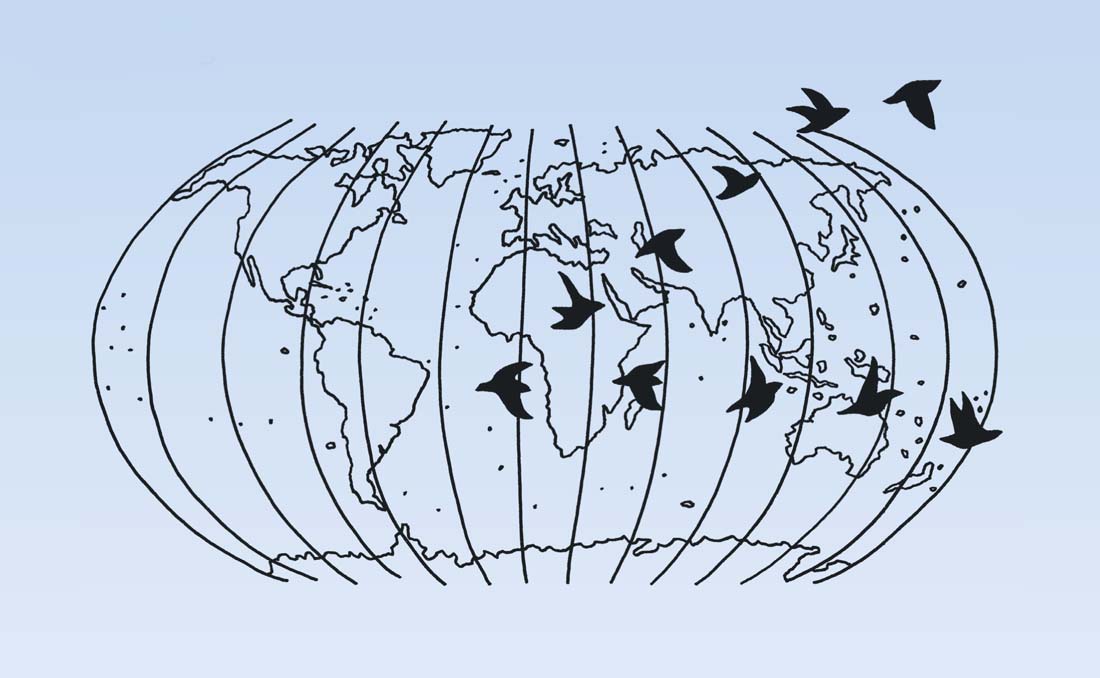 A group of Brazilian researchers launched a petition in February this year demanding a new discussion on the rules that oblige PhD students studying overseas on federal scholarships to return to Brazil at the end of their academic activities. In the document, they call for more clarity and flexibility in the criteria federal funding agencies use to assess requests to postpone what is known as the stay period—the time during which the student must remain in Brazil after finishing their studies overseas.

Overseas PhD scholarships granted by funding agencies play a key role in the education of high-level researchers, especially in relation to fields of knowledge that are still nascent or nonexistent in Brazil. One of the prerequisites of these federal grants is a commitment by the recipient that they will return to Brazil when their research is complete.

For full overseas PhD scholarships granted by the Brazilian Federal Agency for Support and Evaluation of Graduate Education (CAPES), for example, recipients have up to 60 days to return to Brazil after finishing their course. Recipients of grants from the Brazilian National Council for Scientific and Technological Development (CNPq), meanwhile, must return to the country within 30 days. In both cases the period of stay in Brazil must be at least equivalent to the amount of time spent abroad. “The objective is to ensure that new PhD graduates use their knowledge to help promote scientific and technological development in Brazil,” explains Adi Balbinot Junior, general coordinator of monitoring and tracking results at CAPES.

If the graduate does not return, CAPES starts administrative proceedings as part of its audit process, formally requesting repayment of the funding provided by the agency. If the money is not repaid, the case is referred to the Federal Comptroller General and the Federal Court of Accounts, which initiates judicial proceedings to collect the amount paid during the scholarship, as well as additional fees.

According to Balbinot, the number of grant recipients who refuse to return is small compared to the total number of scholarships awarded. In the last two years, of the 1,890 full PhD scholarship recipients who completed their studies abroad, only 51 (2.69%) did not return to Brazil. Some have been employed by private companies or offered postdoctoral fellowships at the institutions where they studied their PhD, while others have started a family in the country.

The main argument put forward by the organizers of the petition is that compliance with the stay period means graduates often have to turn down jobs and postdoctoral fellowships. The fact that Brazil has no procedure to help new PhD graduates join the labor market, as well as successive cuts to the funding of scientific research in the federal budget, has only made scholarship recipients more reluctant to return to the country, says the group of researchers responsible for the petition.

In October 2016, in an effort to deal with the issue, CAPES published ordinance 176, establishing the concept of “novation [a legal act by which a new obligation is created to replace and annul another] within the scope of programs managed by the International Relations Board and the procedures for its application in the event that a person is reasonably unable to fulfill their obligations to return and remain in Brazil.”

As a result, under certain conditions, recipients of full overseas PhD scholarships are no longer obligated to comply with the stay period in Brazil after completing their academic activities. Researchers may extend their time abroad by submitting a scientific or technological research proposal that involves international cooperation with Brazilian institutions; known as a novation project. The proposal must include a justification for not returning to Brazil or for not complying with the stay period, as well as a list of new obligations and a schedule of activities.

According to Balbinot, the idea was to create a procedure to assess requests by new PhD graduates to stay abroad on a case-by-case basis. Before then, such applications were almost always denied. From 2016, researchers abroad were able to request a postponement by submitting a formal proposal at least 90 days before the date of their return to Brazil. The request was assessed by three experts from the field of ​​knowledge to which the scholarship was related, chosen from a CAPES database of ad hoc consultants.

However, according to Ana Cristina Atanes, one of the authors of the petition, only two of the 74 projects presented were approved by CAPES. “The agency must understand that the rules for obtaining this kind of authorization were unclear, as were the parameters used to evaluate the projects,” she says.

In August 2017, the agency reversed its decision and revoked ordinance 176. According to Balbinot, almost all the applications submitted to CAPES requested postponement of return based on the production of scientific articles and book chapters and participation in conferences, showing no effective contribution to the development of Brazilian science and technology. “This means that people did not understand CAPES’s demands, so we decided to revoke the ordinance and create a working group instead, to discuss more appropriate criteria for evaluating novation applications with the scientific community,” he explains.

The CNPq is also working on new evaluation criteria for requests to postpone the stay period and is trying to make the process more flexible, according to Lelio Fellows Filho, general coordinator of international cooperation at the agency. Another important measure to be adopted shortly is an extension of the deadline by which new PhD graduates must return from 30 to 60 days, the same period required by CAPES.

“We understand that the physical return of new Brazilian PhD graduates is not as essential as it once was,” he says. “It is also becoming increasingly clear that scientific output is today produced primarily by international research networks and that ensuring new PhD graduates are entering these networks is more important than ensuring they immediately return to Brazil after graduating.” At the same time, he clarifies, “it is equally important to ensure that Brazil is compensated for the investment it has made in the training of these young researchers.”

The lack of definition has created uncertainties among scholarship recipients. Atanes, who is about to complete her PhD at Bangor University’s School of Healthcare Sciences in Wales, has recently been invited to continue her research at the institution, but she does not know if she will be able to accept. “The position taken by Brazilian funding agencies of demanding researchers return immediately and at any cost is incongruous with the policy of placing them in high-quality foreign institutions in the first place, and puts partnerships developed by the program at risk,” she says. “We need greater transparency. One step in the right direction would be to provide details on the criteria used to assess novation proposals.”

Between 2002 and 2012, 19,758 Brazilians graduated overseas on CAPES scholarships. Of these, 380 did not return to Brazil before the required deadline—almost 2% of the total, according to data released in December 2012 by the newspaper O Estado de S. Paulo.

Social scientist Elizabeth Balbachevsky, a professor at the Department of Political Science at the School of Philosophy, Languages and Literature, and Human Sciences of the University of São Paulo (FFLCH-USP), believes that CAPES is placing a lot of expectation on researchers who, having not done a postdoctoral fellowship, are not yet capable of managing large research projects or running research centers abroad.

“This just demonstrates how outdated the approach to overseas research training taken by Brazilian funding agencies is,” she says. “Demanding that these researchers return immediately could make it more difficult for them to achieve their full potential.” According to Balbachevsky, the arguments expressed in the petition are in line with what should be one of the key objectives of overseas PhD programs: to develop and foster the internationalization of Brazilian research.

She also believes that given the current situation in Brazil, it would be reasonable for agencies to review their requirements and make the stay period more flexible, not demanding more of young researchers than they can give. “The knowledge they acquire abroad must be constantly nourished,” says the researcher. “It would be interesting if funding agencies negotiated different forms of collaboration for new PhD graduates who have the opportunity to continue developing their skills abroad, such as co-supervising Brazilian students, joining research networks, and mediating new partnerships between institutions in Brazil and abroad,” she suggests.

Balbinot says that CAPES is aware of the continuing globalization and internationalization of higher education and intends to publish a new ordinance later this year. For now, new PhD graduates interested in staying abroad are still able to request a suspension of their stay period in Brazil after they have returned. To do so, they must present CAPES with a detailed justification. “If approved, they may leave for another year for a certain research project or a postdoctoral fellowship,” he explains. “You cannot legislate for the exception. If the researcher does not want to return, they will have to pay the money back to the federal government.”

According to Ana Cristina Atanes, the aim of the petition is to encourage improvement of the procedures currently used by federal funding agencies and does not seek to exempt scholarship recipients from the obligations they agreed to when accepting the grant. At the time of printing of this edition, 1,705 researchers had signed the document.