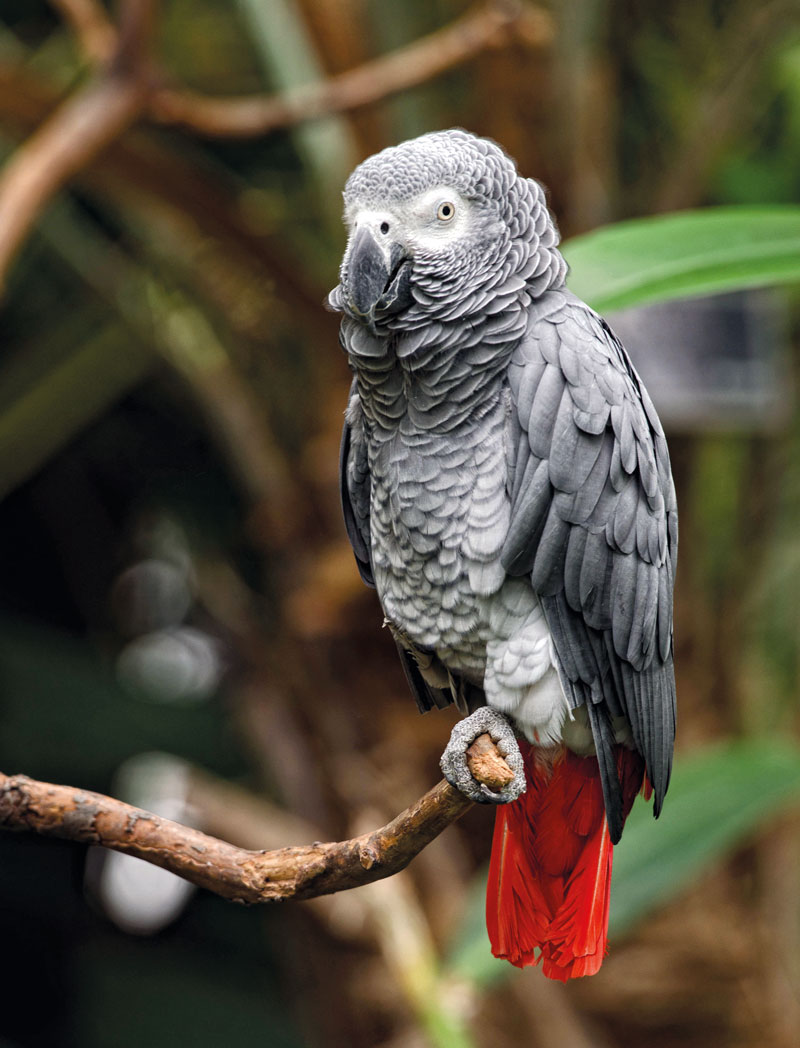 The grey parrot, capable of helping another bird of the same species to obtain foodJason Coburn / Wikimedia Commons

Biologists have discovered possible evidence of cooperative behavior among birds that has previously only been observed in mammals. In the laboratory, grey parrots (Psittacus erithacus) voluntarily helped other individuals of the same species to obtain food, even when they received no reward for doing so (Current Biology, January 9). In a test involving 14 birds of the species, biologists from the Swiss Federal Institute of Technology in Zurich, Switzerland, and the Max Planck Institute for Ornithology in Germany put two parrots in a room, separated by a transparent wall with a hole in it. One parrot was given metal tokens, and seeing that the other parrot had no tokens and needed them to obtain food, passed them through the hole. After receiving the tokens, the parrots exchanged them for seeds with the researcher, but only one of the birds received the reward. The first parrot helped the second, without expecting any food in return. In a second test, there were two types of token: one that could be swapped for a reward for just one of the birds, and another that guaranteed food for both. The parrots quickly learned to choose the tokens that also benefited their neighbor. The experiment was repeated with blue-headed macaws (Primolius couloni), but they did not help their partners to obtain food.