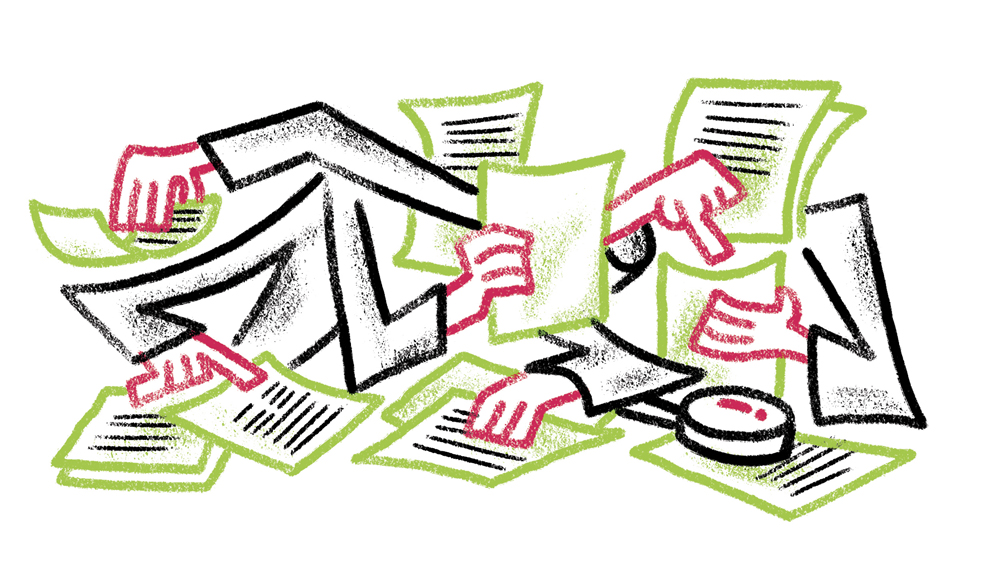 A panel of experts and journal editors convened by the US National Academy of Sciences has released a set of recommendations to improve transparency in scientific authorship. The guidelines were published in the journal Proceedings of the National Academy of Sciences (PNAS) in February, based largely on a methodology conceived in 2014 that classifies individual contributions into one of 14 possible types, even if the input was small and the person responsible was not named in the article. The contribution types include writing, data collection, investigation, development of software or algorithms, project management, and funding acquisition, among others (see Pesquisa FAPESP issue no. 221). The system, called CRediT (Contributor Roles Taxonomy), was proposed by a group of specialists from the US and the UK and has already been adopted by several journals, including Cell, Neuron, the American Journal of Human Genetics, and those published by the Public Library of Science (PLOS).

“A more systematic description of author contributions is a prerequisite to providing due credit for roles that are instrumental to the research enterprise, especially those roles that are too often ignored or devalued,” biologist Veronique Kiermer, executive editor for PLOS journals and one of the authors of the study, wrote on her blog. “Collecting, curating, and sharing a dataset or developing a new methodological approach that can be reused by others are key contributions that may not always land a ‘first author position’ but have applications beyond a single article and deserve recognition.”

According to the article, encouraging wider use of the CrediT taxonomy is not enough. The authors also recommend that information on all contributions be made available in the metadata of each article, which contains the key details needed to classify a paper. They suggest combining this strategy with use of ORCID identifiers (Open Researcher and Contributor IDs), a unique digital signature that identifies the scientific output of a researcher, eliminating the risk of confusion between people with the same name (see Pesquisa FAPESP issue no. 238). By using the CRediT and ORCID systems together, it would be possible to accurately and reliably retrieve the scientific contributions made by a researcher even if they were not named as an author. This combination, however, requires further development, since the CRediT taxonomy data is not yet transferable to ORCID records. According to the panel of experts, funding agencies could help by encouraging or requiring the use of these methods in the projects they fund.

The paper, whose lead author is geophysicist Marcia McNutt, current president of the US National Academy of Sciences and former editor of the journal Science, resulted from a workshop held by the academy in February 2017. The recommendations are not limited to the incorporation of certain methodologies—the authors also suggest that scientific journals should adopt a uniform statement that defines the types of contribution for which an individual can be credited as an author of an article (research conception or design; data acquisition, analysis, or interpretation; the creation of new software used in the study; and others). The declaration should also stipulate that the authors agree to their participation and approve the submitted manuscript, as well as affirming that any integrity issues identified prior to publication were resolved, including those not related to their individual contribution.

One subject of various recommendations is the role of the corresponding author, who assumes overall responsibility for the article and is the point of contact between the research group and the journal. According to the paper, the corresponding author should be responsible for ensuring that all authors approve the text before it is submitted and should have access to all recorded data, analyses, and references used in the study. But publishers should also try to do more. Regarding authorship, they should contact all the authors of an article themselves to ensure that they recognize the type of contribution that they have been credited for.

To discourage what the paper calls “ghost authorship,” corresponding authors should be obligated to inform publishers if any scientific writing professionals or companies helped to write a manuscript—if a ghost writer has played a decisive role, they should be added to the list of authors. The main concern regarding this issue is conflicts of interest. If a company or organization with a vested interest in the results helped to write the article, it needs to be declared (see above). The removal of authors from previous versions should also be reported to prevent what is known as “orphan authors,” who have contributed to the article but are not recognized for their work.

Research and higher education institutions should also be involved, discussing authorship policies and ensuring that all researchers follow the predefined criteria. The academy has created a website called “Transparency in Author Contributions in Science“, with a list of which journals have already adopted the recommendations. Those published by PLOS and the Nature group are among those that follow these criteria.