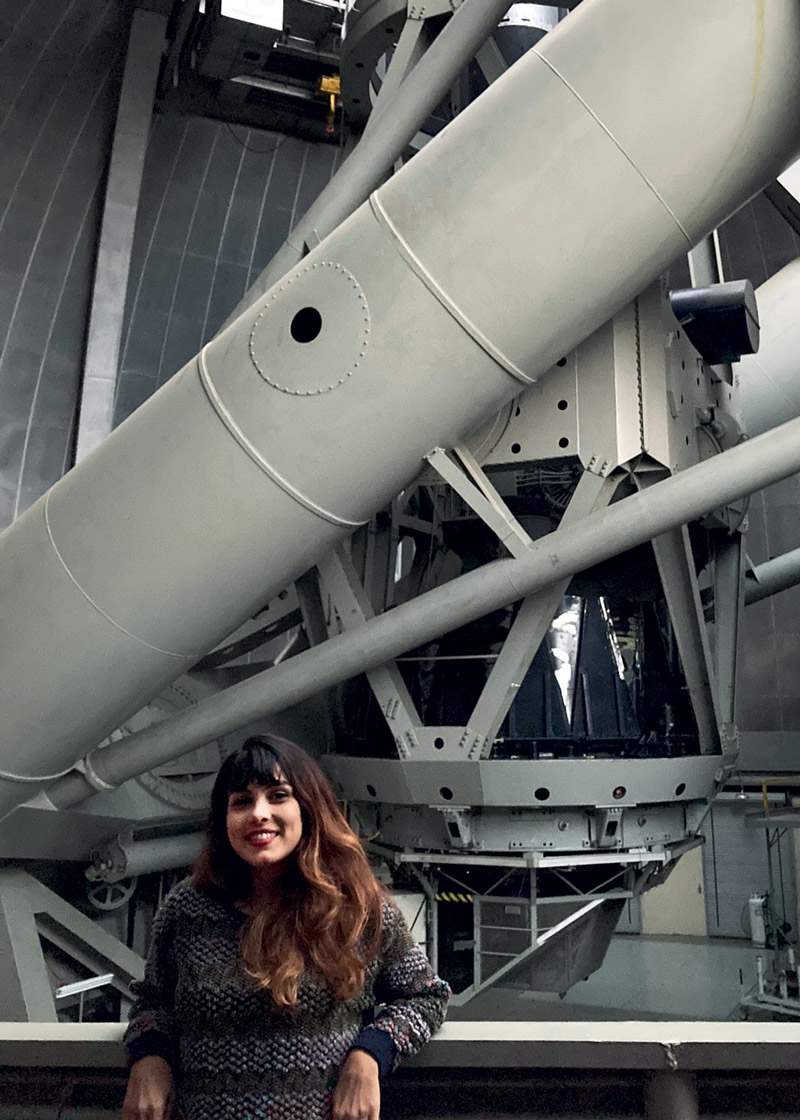 Estrela taking a break from her work at Palomar Observatory, California, in August this yearPersonal archive

Raíssa Estrela had just turned one when the Hubble telescope was launched aboard the space shuttle Discovery in April 1990. Today, aged 32, she uses data collected by the telescope to discover and interpret the evolution of distant planets located outside our Solar System, known as exoplanets. “I grew up reading astronomy journals and I was interested in anything related to the Universe,” says the scientist, who has been on a postdoctoral fellowship at NASA’s Jet Propulsion Laboratory in the USA since 2020.

Currently living in Pasadena, California, Estrela is part of the team of researchers who recently observed an unprecedented event in the field of astronomy: the regeneration of exoplanet GJ 1132 b’s atmosphere. The planet, which according to previous studies lost all of its atmosphere soon after it was formed, is similar to Earth in size, age, and density, but it has followed a different evolutionary path. “Everything indicates that GJ 1132 b’s regeneration was caused by geological processes such as volcanism, which launched gases from the ocean of magma under the planet’s surface into its atmosphere,” explains the scientist, born in João Pessoa, the state capital of Paraíba.

It was only after two years of studying a bachelor’s degree in ecology, which she started in 2007, that she made the decision to switch to physics, graduating from the Federal University of Rio Grande do Norte (UFRN) in 2014. “I always had an interest in topics related to climate change and the impacts suffered by the environment. At the same time, I was meeting astrophysics researchers at university, which led me to request a course transfer,” she recalls. She spent part of her degree studying astrophysics at the University of Toronto, Canada, through the Science without Borders program.

After graduating, Estrela moved to São Paulo, where she did a master’s degree in geospatial sciences and applications at the Mackenzie Presbyterian University under the supervision of astrophysicist Adriana Benetti Marques Valio, which she completed in 2017. During this period, she studied the magnetic activity of stars similar to the Sun using data generated by NASA’s Kepler space telescope. “My analysis was based on four years of data generated by the telescope, which allowed me to study the magnetic cycles of stars,” she says.

During her doctorate, completed at the same institution in 2020, she delved deeper into the field of astrobiology, studying the impacts of stellar activity on nearby planets. “We detected explosions by analyzing Kepler data and evaluating how much they would have impacted life on the surface or even in the oceans of these planets,” she explains. To do so, she examined the effects of UV rays on microorganisms such as the bacteria Escherichia coli, common in human intestines, and Deinococcus radiodurans, which can survive in extreme environments.

Her thesis, titled “Exoplanet atmospheres and habitability,” was honored in July this year by the International Astronomical Union (IAU), a scientific society composed of researchers from around the world, headquartered in Paris, France. The ceremony to award the certificates is scheduled to take place in Busan, South Korea, in August 2022.