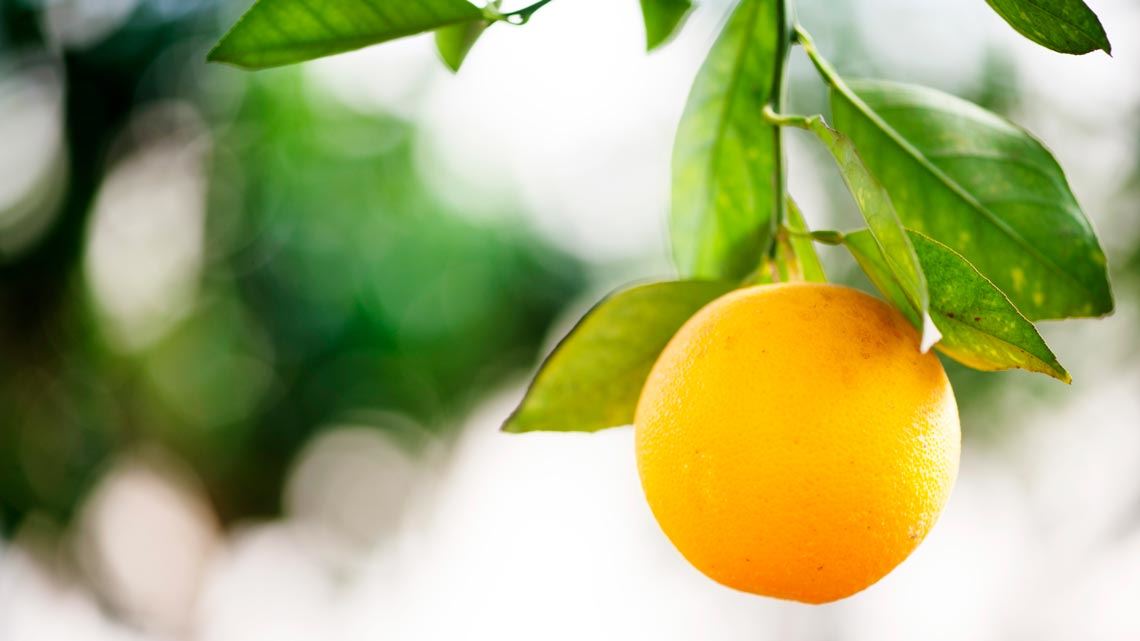 The new varieties were developed at the Citrus Center’s laboratory, greenhouse and field-testing facilities

Pineapple and Hamlin orange cultivars engineered with tangerine genes have successfully developed resistance to citrus variegated chlorosis (CVC), in a project led by researchers at the Campinas Institute of Agriculture’s (IAC) Citrus Center in São Paulo, southeastern Brazil. The researchers infected tangerine trees, which are naturally resistant to CVC, with the disease-causing bacterium, Xylella fastidiosa, and identified a gene potentially accountable for their resistance.

The gene, called RAP2.2, was already known to the scientific community for its presence in other plant species, but its role in protecting citrus plants from Xylella, “and the possibility of introducing it into sweet orange trees to create resistance,” was a brand-new discovery, says biologist Alessandra Alves de Souza, who led the research team at IAC, a 133-year-old research institute. The process that led to the discovery was reported in two papers in Phytopathology and Molecular Plant-Microbe Interactions in 2019 and 2020, respectively.

Citrus variegated chlorosis is transmitted to orange trees through the bite of a leafhopper—an insect about a centimeter in length. After infecting orange trees, Xylella bacteria immediately begin to multiply and obstruct the channels that transport water and nutrients from the root to the top of the plant. This results in small, hard fruit that are not suitable for consumption or for sale. Once the most dreaded pest for citrus growers in Brazil—in 2009 Xylella affected 42% of citrus groves in the state of São Paulo, the Minas Triangle, and the southeast of Minas Gerais—the disease now affects 1.04% of citrus farms, according to a 2020 survey by the Brazilian Fund for Citrus Protection (FUNDECITRUS), published July 24. Crop management practices to combat the disease include the use of pesticides and planting healthy seedlings in protected environments.

But genes from tangerine trees may be able to help orange trees to better defend themselves from the disease. “This gene binds to the plant’s DNA and activates other genes that play a role in strengthening the plant’s cell walls. This traps and prevents the bacterium from moving about as easily,” explains Souza. “The plant then detects the pathogen and activates its resistance mechanism, and is able to either kill it or significantly mitigate the resulting damage.” With sweet oranges being the most important crop in Brazil’s citrus industry, the new plant varieties could help make growers more competitive. “Their farm operations could become more productive, more sustainable, and more cost-efficient,” notes the biologist.

Because tangerine and citrus trees can readily interbreed in the wild, the procedure the researchers used is termed not as transgenesis but as cisgenesis—when genes are introduced from closely related species. This makes the development of new varieties not only faster but also safer by eliminating steps that could result in incompatibility.

Sweet orange plants with tangerine plant genes are currently being prepared for field testing at the Citrus Center, after performing well in greenhouses. Because these are genetically modified plants, the field-testing step requires a permit from the National Biosafety Technical Commission (CTNBIO). “We’re working on the paperwork and expect it will be cleared by the end of the year,” says Souza. The field-testing phase should take five years and, if successful, the new plants will be approved for use by citrus growers.

After identifying a series of genes potentially associated with CVC resistance mechanisms, the researchers inserted them into Arabidopsis thaliana, a species widely used as a model plant in molecular biology research. “This saved us many years of research, as transferring and studying all the different gene candidates in orange trees would have been an expensive and lengthy process,” explains Souza, “since orange trees take three years to develop and have a long juvenile stage in which genetic manipulation is difficult.” By performing tests on a model plant they were able to reduce this period to about eight months. Following experiments with Arabidopsis, the researchers selected the most promising gene, RAP2.2, and transferred it to sweet orange plants.

One leg of the research project was developed at the Davis campus of the University of California (UC), where biotechnologist Willian Pereira spent a year doing research as part of Brazil’s Science without Borders program, while pursuing his PhD under Souza at the University of Campinas (UNICAMP).

From August 2015 to July 2016, he expanded his research using Arabidopsis model organisms in the UC Davis Department of Plant Sciences. During his time there, he compared the function of the RAP2.2 protein in the model plant and in tangerine plants. After finding they bore similarity, he evaluated how each plant would react to infection with Xylella. “The results showed that these proteins are orthologous, meaning they perform the same functions in the two plant species. We also found that Arabidopsis and sweet orange trees share similar infection behavior, with the bacteria colonizing the same channels and creating the same symptoms,” says Pereira. Their research showed, in addition, that Arabidopsis can be used as a model plant for future research with other citrus genes, for a variety of applications.

“The possibility of developing resistant plants would mean less pesticides would be required against leafhoppers, the insect vectors of CVC,” says crop scientist Antonio Juliano Ayres, general manager at FUNDECITRUS. He notes, however, that “the preliminary results from greenhouse experiments still need to be proven through field testing.”

But early-stage results suggest that RAP2.2 can be used not only for crops susceptible to Xylella infection, such as olive groves and vineyards, but potentially also to combat other citrus diseases, such as greening. Also known as HLB, which refers to its original name in Chinese (Huanglongbing), citrus greening disease is currently the biggest challenge facing the global citrus industry, affecting 20.87% of orange groves in São Paulo and Minas Gerais, according to data for this year from FUNDECITRUS.

Like Xylella, HLB is also transmitted by an insect, the psyllid Diaphorina citri, and the bacterium Candidatus liberibacter similarly colonizes the plant’s vessels. “We suspect the tangerine gene strengthens the plant’s vessel walls and helps it to eliminate the bacteria. With stronger vessel walls, the insect might also be deterred from biting the plant in the first place,” says Souza. “We’re exploring this possibility.”

The Sylvio Moreira Citrus Center has a long tradition of developing new approaches to fighting citrus pests. In 2017, Souza and her colleagues developed another transgenic cultivar with resistance to CVC. In this experiment the researchers introduced a gene from the bacterium itself—rpfF—into the plant’s genome: rpfF produces a hormone protein that reduces the movement of Xylella. In 2020, the experimental plants completed two years of field tests, and have so far shown resistance to the pathogen and good development under field conditions. The Xylella genome was the world’s first genome from a plant pathogen to be sequenced, as part of the FAPESP Genome Program. The project, codeveloped by Souza, was featured on the cover of Nature on July 13, 2000.

Another significant project at the Citrus Center developed a product in the lab that uses an antioxidant molecule, called N-acetylcysteine (NAC), as an active ingredient against CVC, citrus canker, and HLB. NAC has been marketed since 2019 by startup CiaCamp – da Ciência ao Campo. Souza says the technologies they have developed are mutually supplementary. “We will never have a single gene or product that is a cure-all solution. Our research helps to provide options. Years from now, the pathogen may be able to break through the plant’s resistance. So we need different approaches to be future-ready,” she says.