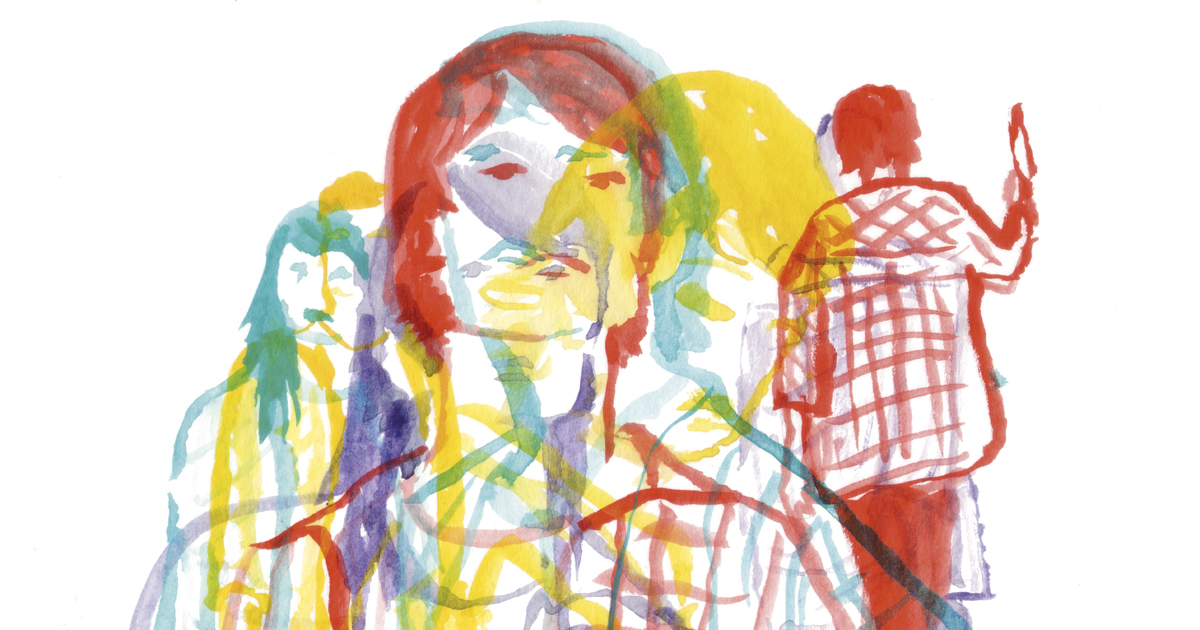 The fight for transgender rights is starting to show results in universities around Brazil, some of which are implementing policies for the inclusion, acceptance, and protection of students and researchers whose gender identity differs to their biological sex, similar to those that already exist in many institutions abroad. In 2017, for example, São Paulo State University (UNESP) guaranteed transgender professors, technical and administrative staff, students, visitors, and participants in university events the right to use their chosen name on all administrative and academic records and at all public and official events. On documents for external use, such as school transcripts, certificates, and declarations, the person’s chosen name will precede their birth name, which will appear in parentheses.

The decision by UNESP follows other recent initiatives, such as the resolutions approved by the Federal University of Bahia (UFBA) and the State University of Piauí (UESPI) in 2014 allowing students to use their chosen name if their legal birth record does not reflect the gender with which they identify. More recently, this right has been granted to elementary school students too. In January, the Ministry of Education (MEC) approved a rule authorizing transgender students to enroll and register using their chosen names—with the approval of parents or legal guardians for children under 18. Since 2011, the Brazilian National Council for Scientific and Technological Development (CNPq) has allowed transgender people to use their chosen name on résumés published on the Lattes platform. A few years ago, FAPESP allowed a former fellow to change their name in the foundation’s databases after having changed their gender. In February, the FAPESP Executive Board approved a new rule to standardize the use of chosen names in its academic records.

The use of chosen names is an important issue for transgender people, who consider it essential to recognition of their identity. One member of the UNESP committee responsible for the recently approved resolution is transgender physics researcher Daniela Mourão, a professor at the School of Engineering at the Guaratinguetá campus. She says that the rule is applicable to male names changed to female names and vice versa, but does not extend to surnames. “We want to avoid abuse of the rule for the sake of jokes or political statements,” she says.

According to Mourão, one of the main challenges faced by transgender people in higher education is acceptance by colleagues and other professors. As such, UNESP has also established policies to help create an accepting environment, such as the “Educating for Diversity” project launched at the beginning of the year. “The initiative encompasses all UNESP departments and involves lectures and debates that promote respect and help institutionalize the fight against anti-minority violence at the university,” explains the physicist.

In February, Amara Moreira became the first transgender student to complete a PhD at UNICAMP under her chosen nameLéo Ramos Chaves

Mourão used her male name until two years ago, which she prefers not to disclose, but says she has always felt that she is a woman. In 2016, she started the process of changing gender. “I used to keep everything hidden, because I did not understand and I thought there was something wrong with me,” she says. “Over time, that fear became shame and I felt like ​​I had some sort of disease that would destroy me and my family.” While still identifying as a male, Mourão completed a physics degree and a master’s, as well as a PhD in engineering and space technology at the Brazilian National Institute for Space Research (INPE). She spent two years as a visiting professor at the Physics Institute of the University of Brasília (UNB) before joining UNESP in 2009 as an assistant professor.

The issues surrounding her gender dysphoria intensified in 2014. Suffering from depression, she was unable to work. With psychological support, she decided to transition, and returned to work at the end of 2016 as a female. “To my surprise, there were no negative reactions or prejudice, which was really encouraging,” she says. She began the process of changing her name on university documents and records after talking to the head of her department and the associate dean of graduation. These conversations led to the idea of forming a committee that would later establish the new UNESP rules. Several students have already requested name changes since the resolution was adopted.

Situations like this are still uncommon in Brazil. “A lot of educational environments are not prepared to deal with the different forms of expression that sexuality can assume,” says Keila Simpson, president of the Brazilian Association of Transgender People (ANTRA), which works with almost 200 Brazilian institutions on promoting the inclusion of these groups. According to Simpson, 80% of the transgender people who drop out of high school worldwide are estimated to live in Brazil. “The difficulty in entering higher education is a culmination of the exclusion that these people suffer during their whole school life,” she says.

It is difficult to evaluate the number of transgender people who enter higher education, since most of them do not enroll using their chosen names. This was the case for Amara Moreira, who identifies herself as a transwoman and in February became the first person to complete a PhD at the University of Campinas (UNICAMP) under her chosen name. “I began my transition at age 29, in the first year of my PhD in literary criticism,” says Moreira, whose thesis, titled “The Indeterminacy of Meanings in James Joyce’s Ulysses,” was supervised by Suzi Frankl Sperber, a professor at the Institute for Language Studies (IEL). “We need to rethink our university model—do we want to welcome all kinds of people, or only those that fit into socially acceptable gender norms?”

To combat violence against lesbian, gay, bisexual, and transgender (LGBT) students, the Federal University of Pernambuco (UFPE) formed a board in 2015 dedicated to creating policies that promote the acceptance and inclusion of these groups. “The first step we took was to pass a decree allowing transgender people, including students under 18 years of age, to use their chosen names and to use the bathrooms that correspond to the gender with which they identify,” says professor Luciana Vieira, director of LGBT policies at UFPE. Another measure involved giving LGBT students grants to promote awareness campaigns at the university or on Zona Multicor, an LGBT television program developed in partnership with the university television station. The university’s teaching hospital also created an area to support transgender people interested in starting the transition process, with access to endocrinologists, psychologists, speech therapists, and surgeons.

Experience abroad
Transgender undergraduates face a particularly adverse environment in certain fields, according to a study of 4,000 students from 78 higher education institutions in the US, published in the journal Scientific Reports in March. The researchers surveyed LGBT students in their first and last years at university, finding that they are 8% more likely to leave STEM (science, technology, engineering, and mathematics) courses than their heterosexual colleagues, possibly because they feel excluded. Data collected by the American Physical Society in 2016 indicated that one in five LGBT physicists in the US has faced exclusion or harassment at work. Transgender people were the most affected.

The main academic implication of this, according to the authors of the report, is the rejection of qualified students and researchers. Both papers highlight that LGBT researchers are subject to homophobic comments, exclusion, stereotypes, and expectations of incompetence in academic environments, although another article, published in the Journal of Homosexuality in 2015, suggested that American LGBT scientists felt more accepted at work than professionals in other fields. The study also found that respondents who worked in fields with a greater female presence, such as the social sciences, felt more integrated in the academic environment than colleagues in predominantly male fields, such as engineering.

Many US institutions have invested in specific inclusion policies for these groups. Several organizations have ranked US universities by how receptive they are to transgender people, based on criteria such as the existence of unisex bathrooms on campus, accommodation options, the right to use chosen names, and coverage of medical expenses involved in the gender transition process. One standout institution is Indiana University, recognized for the psychological support and guidance in finding treatment options that it offers transgender students and those in transition. It is also home to the Kinsey Institute, which has been conducting research on sex, gender, and reproduction since 1947. On another front, nongovernmental organization Campus Pride has created a list of 1,036 universities in the US that have adopted policies promoting safer academic environments for LGBT students (bit.ly/campride).

University of Michigan researcher Lynn Conway in 1977, after her gender transitionDivulgação

Name change
In 2015, concerned about the inclusion of transgender people in the scientific environment, the National Science Foundation (NSF), the leading basic research agency in the US, held a conference with computer scientist Lynn Conway, one of the country’s most prominent transgender activists. Conway worked at IBM in the 1960s and was fired in 1968 after revealing that she planned to change gender. After transitioning, she resumed her career as a programmer at Xerox in 1973, where she developed VLSI, a process that combines millions of electronic components into a single chip. In 1989, she became a professor at the University of Michigan and was elected to the US National Academy of Engineering for her contributions to VLSI.

Joan Roughgarden, a professor at Stanford University, California, and one of the most influential ecologists in the world, is another well-known transgender academic. Joan was born Jonathan and decided to change her gender in 1998. Using the same first letter for a new name is common among transgender researchers because it helps to avoid confusion regarding authorship of scientific output published before and after the transition.

“We must implement public policies that seek to correct inequalities for this population,” says psychologist Cássia Virgínia Bastos Maciel, associate dean of affirmative action and student welfare at UFBA. She explains that the inclusion of transgender people increases academic diversity and the production of knowledge based on different perspectives and experiences. “It can also help create public strategies and policies that improve the lives of LGBT people.” According to Maciel, acceptance of this group in university environments is also important to increasing academic research on transgender issues, which can in turn be used in the development of policies for transgender rights.