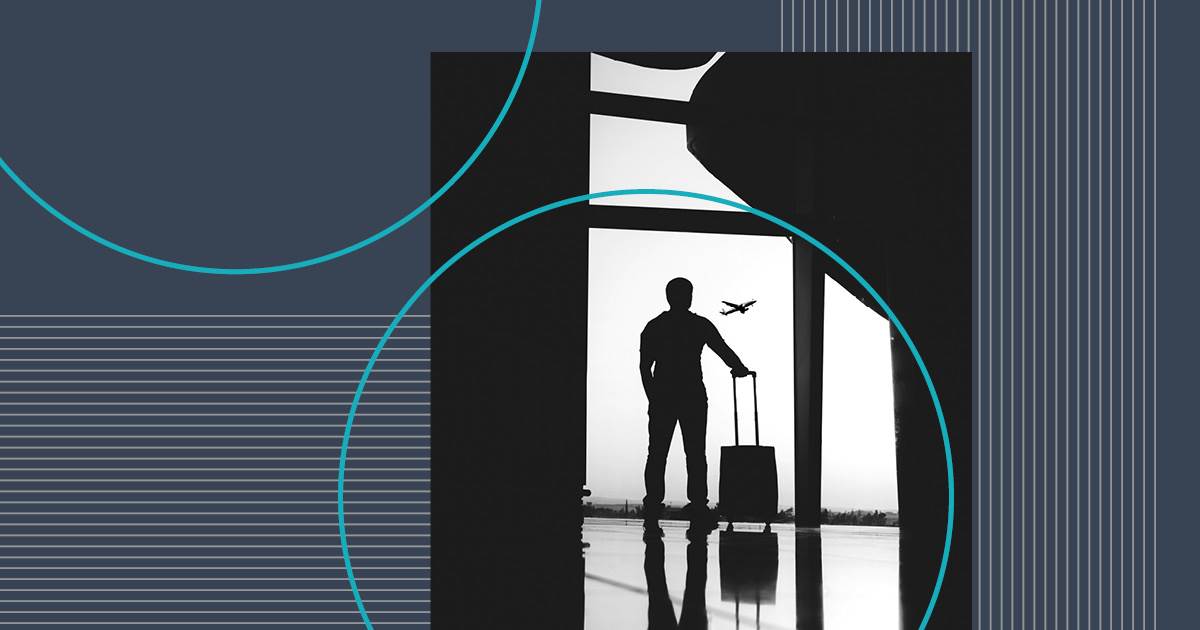 While studying for his master’s degree, Pakistani computer scientist Kifayat Ullah heard from friends in Brazil about life as a researcher in the South American country. “They told me about the quality of the researchers and their laboratories, and how welcoming and collaborative the academic environment was,” he says. Excited by the prospect, Ullah contacted Edson Santos Moreira, an electrical engineer at the Institute of Mathematical and Computer Sciences, at the University of São Paulo (ICMC-USP) in São Carlos, who agreed to advise him on his doctorate in vehicular ad hoc networks. On completing his PhD in 2016, he returned to Pakistan to work as an assistant professor at the CECOS University of Information Technology and Emerging Sciences in Peshawar, but later returned to Brazil for a postdoctoral internship. “I had received offers from European universities but decided to stay in Brazil as I already felt at home in the country and had been awarded a FAPESP fellowship to continue my research on smart vehicular networks at the USP Institute of Mathematics and Statistics [IME].”

See more:
– Beyond borders
– FAPESP has an extensive bibliographic collection about its history

Even with the funding crunch and uncertainties surrounding the pandemic, FAPESP has still been relatively successful at attracting and retaining scientists from abroad doing postdoctoral research in Brazil. A total of 115 fellowships have been awarded in the last two years, according to data from the Foundation. Students from all around the world join world-class research groups at institutions in São Paulo, doing high-impact research, exploring new fields of investigation and helping to train new researchers. 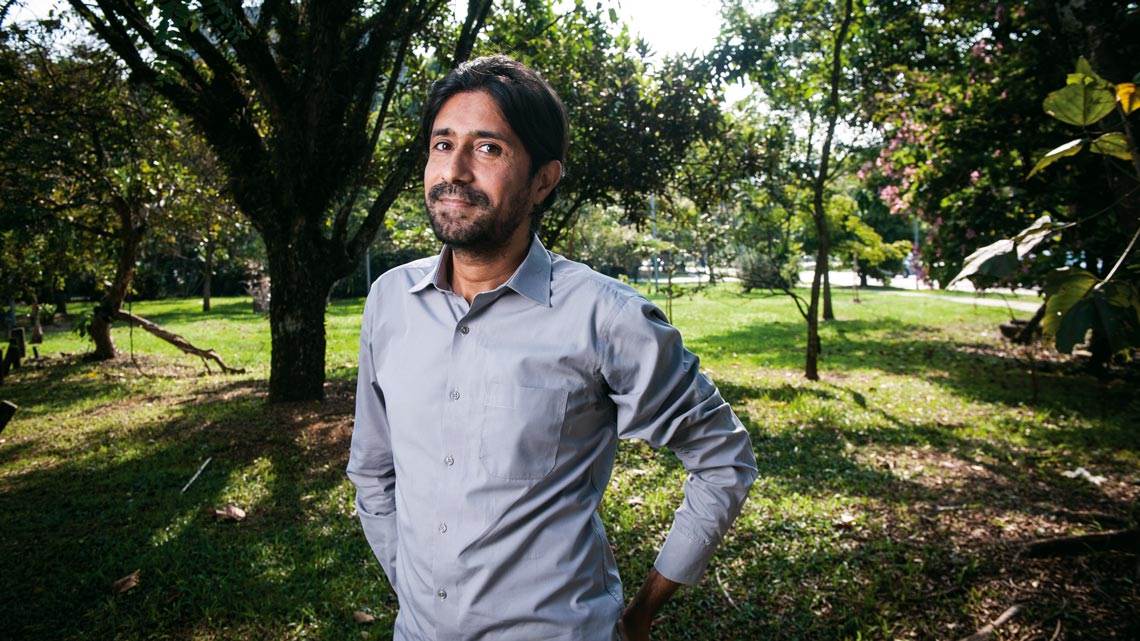 Admittedly, the number of applicants used to be higher. Since 2018, the Foundation has seen a decline in postdoctoral fellowship applications and awards to candidates from other countries. Some believe the pandemic may have impacted the influx of scientists, while others attribute the drop to worsening social and economic conditions in Brazil. “Science funding is limited, and inflation and a weakening real have made the country less attractive,” says Jaroslava Valentov, a Czech anthropologist who has served as a professor at the Institute of Psychology (IP) at USP since 2015. “I thought it would be easy to bring in postdocs over from abroad, but I’ve been unsuccessful so far.”

Neuroscientist Luiz Eugênio Mello, scientific director at FAPESP, explains that a country’s ability to attract high-caliber foreign scientists depends on multiple factors, such as the availability of funds for grants, and research groups that produce competitive science. “However,” he adds, “there are also factors outside the academic environment, such as the level of city violence, economic and political stability, and perceived openness to foreigners. I think that several of these aspects have also taken a turn for the worse in recent years in Brazil.”

Even so, the country remains attractive to foreign researchers. Some are looking to study issues specific to Brazilian reality and culture, or its unique biodiversity. This was the case of Spanish psychologist Irene Delval. She came to Brazil in 2011 to research the behavior of free-living primates. “It would have been impossible to do this kind of research in Europe or North America,” she says. Delval completed her master’s and doctoral research in 2019 under the supervision of Irene Delval, a biologist at IP-USP. “I had thought about going back to Spain, but decided to stay in Brazil for a while longer and try a postdoc.” And she was successful. In late 2021 she was awarded a FAPESP grant to research the sexual behavior of capuchin monkeys at IP-USP.

Brazil also attracts researchers looking to study indigenous populations—the country harbors a wide diversity of cultural groups, and world-renowned indigenous scholars. “I arrived in Brazil for the first time in 2009 hoping to study a master’s degree at the Federal University of Bahia [UFBA],” says French anthropologist Cyril Menta, who has researched the Pankararu and Pankararé for over a decade. “I was unable to enter a master’s program, but during the six months I spent in Salvador I met researchers who introduced me to a whole new field of research, so I returned to France with plans of going back to Brazil to continue my studies in that field.”

In 2014, Menta was awarded a fellowship from the Rio de Janeiro State Research Foundation (FAPERJ) to do part of his doctorate at the National Museum of the Federal University of Rio de Janeiro (UFRJ). “Brazilian indigenous scholars are widely recognized for the quality of their research,” he says. “This is what attracted me to do research here.” He is now preparing to start his postdoctoral work at the School of Philosophy, Languages and Literature, and Human Sciences (FFLCH) at USP, with a fellowship from FAPESP. Under the supervision of anthropologist Maria Manuela Carneiro da Cunha, he plans to study how Pankararu rituals are transmitted from one generation to another. 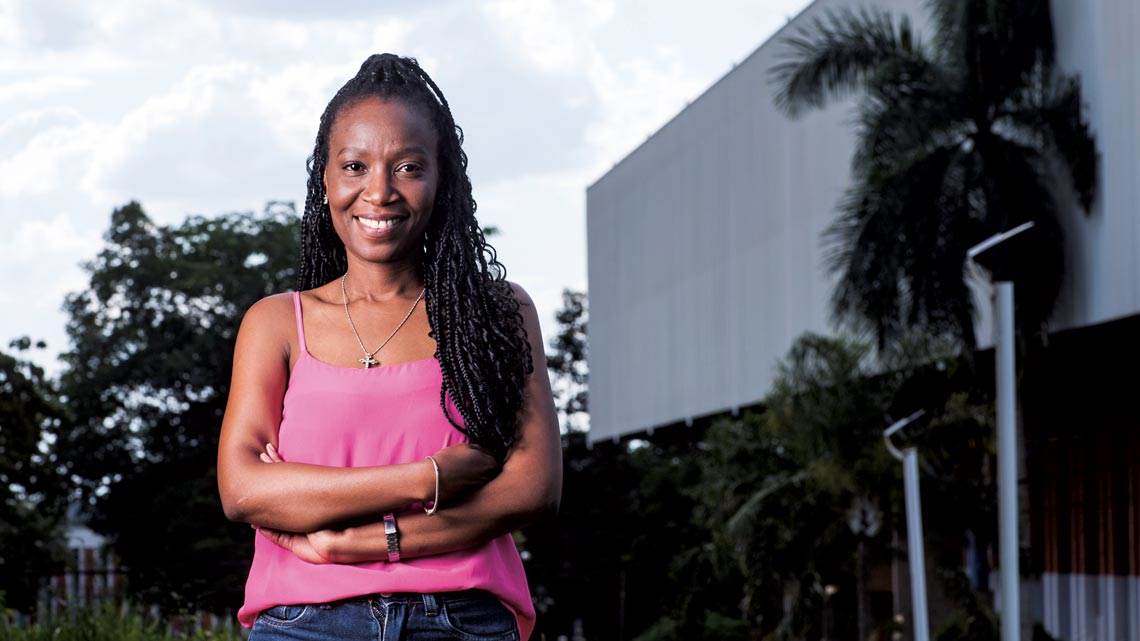 “The mechanisms for attracting and retaining foreign scientists are still largely based on grants and fellowships,” notes Tiago Pereira, a mathematician at ICMC-USP who has supervised five postdocs from abroad in recent years. “Foreign researchers are unable to live and do research in Brazil without financial aid,” says Elisa Atalia Daniel Muianga, a civil engineer from Mozambique who has been living in Brazil since 2013. She is currently doing a postdoctoral internship at the School of Civil Engineering, Architecture, and Urban Design, at the University of Campinas (UNICAMP), with a FAPESP fellowship under the supervision of architect Doris Kowaltowski. “Without a fellowship you’re also unable to get a Brazilian visa,” adds Kifayat Ullah.

High-quality research groups and laboratory infrastructure are also important factors, says Chilean immunologist Camila Morales Fénero, who started a postdoctoral internship in January this year at the São Paulo School of Medicine, Federal University of São Paulo (UNIFESP), under a fellowship from FAPESP. She came to Brazil in 2013 and never left. “I wanted to work at a prestigious institution and with researchers producing competitive science,” she says. Fénero found what she was looking for in a group led by immunologist Niels Olsen Saraiva Câmara at the Institute of Biomedical Sciences (ICB) at USP, who supervised her in her master’s and doctoral studies. 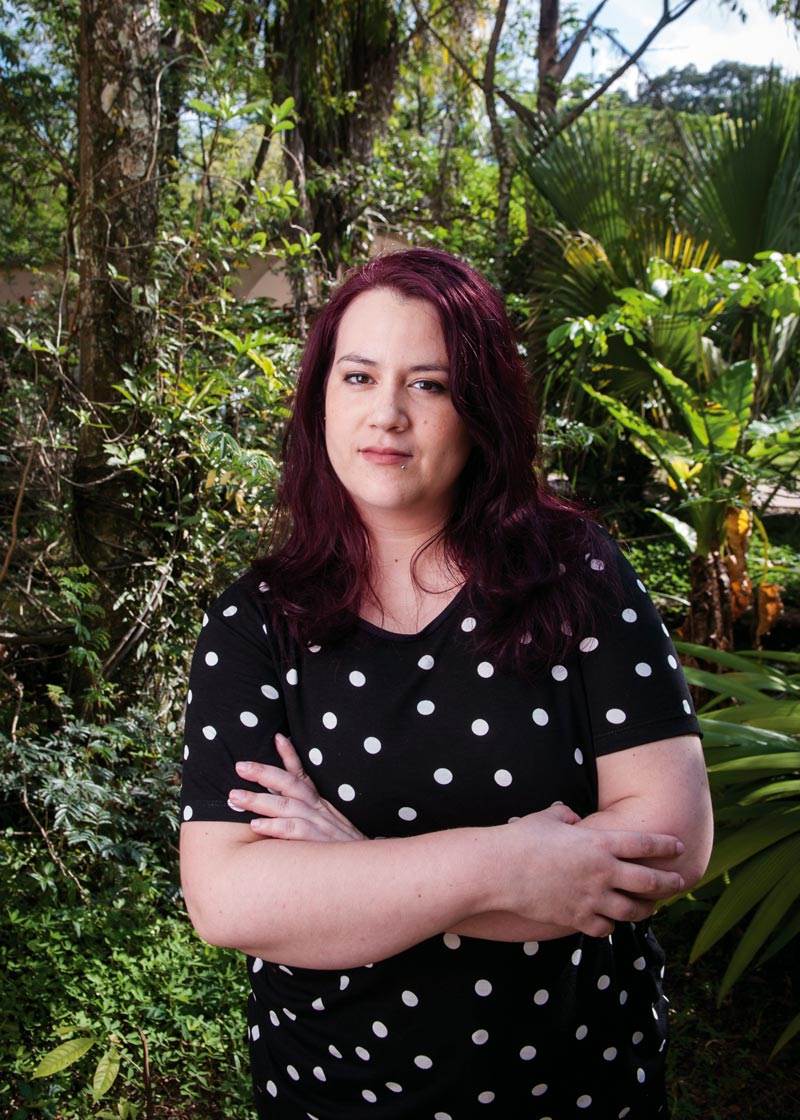 Foreign researchers are valued by Brazilian scientists because they bring new insights and research perspectives. “The experience is also enriching for the visiting researchers,” says historian Marcelo Cândido da Silva, from the Department of History at USP. “They have the opportunity to work with world-class researchers, broaden their research horizons, and interact with teams with different cultures and working styles. This experience will later be useful in setting up and managing their own laboratories.”

One way foreign researchers can contribute to Brazilian science is by introducing new research fields in the country or teaching new research methods to graduate students. Cândido da Silva began using this strategy several years ago, inviting postdocs from abroad to his laboratory. One was French archaeologist and historian Adrien Bayard, who was invited for an internship to train young researchers in medieval archaeology, a field still incipient in Brazil. “Two students he helped train later took part in archaeological digs in Albania and France,” notes Cândido da Silva.

More recently, he invited French archaeologist Julie Renou to help implement new archaeological analysis tools in studying trade in the High Middle Ages. “Postdoc studies are an important stage in the professional life of researchers looking to pursue an academic career,” says Renou. “FAPESP fellowships can be a great opportunity in this regard, as they allow young foreign scientists to do cutting-edge research in a high-level exchange program,” she notes.

FAPESP offers two-year fellowships, renewable for one or even two additional years if the researcher is linked to a Thematic Project or Young Investigator grant program. Fellows receive a monthly amount of R$8,479.20, plus a “technical reserve” of 10% of the annual amount. “This makes it attractive to scientists from some countries as they know they will have the peace of mind to do their research while also having the opportunity to attend conferences in other states and countries,” says André Brunoni, a Professor of psychiatry at the School of Medicine (FM) at USP.

Of course, many of them leave the country after their fellowships expire. “However, the relationships they build here often develop into collaborative networks that give Brazilian scientists the opportunity to join international projects, coauthor high-impact papers, access foreign funding, and organize student exchanges with these scientists’ home institutions,” says Edson Antonio Ticianelli, a professor of chemistry at the São Carlos Institute of Chemistry (IQSC) at USP.

Efforts to establish lasting partnerships with research groups from other countries also help Brazilian laboratories to internationalize—which in turn can attract more foreign researchers to the country.  This was the case of Colombian chemical engineer Ana Maria Marín. “I was working at the University of Alicante, in Spain, when a professor who knew Ticianelli’s group told me about a postdoc opportunity in his laboratory that I might be interested in applying for,” she says. “I was accepted and came to Brazil in 2015 to do research on the use of nanostructured electrocatalysts in the production and oxidation of hydrogen.”

These scientists will often remain in Brazil, adding to its body of local researchers. Marín, for example, is now an assistant lecturer in the Chemistry Department of the Aeronautics Institute of Technology (ITA) in São José dos Campos. Spanish chemical engineer José Joaquín Linares León had a similar experience. He came to Brazil in 2010 to do a postdoc at IQSC-USP. In mid-2012, as his fellowship neared expiry, he started looking for new opportunities. “I did interviews at the National Hydrogen Center in Spain and at a fuel cell company in Denmark,” he says. Brazil, however, was then expanding its network of federal universities. “I decided to apply for tenure before accepting the position I was offered in Denmark. I was accepted at the University of Brasília [UnB] and am now a professor at the Institute of Chemistry.” 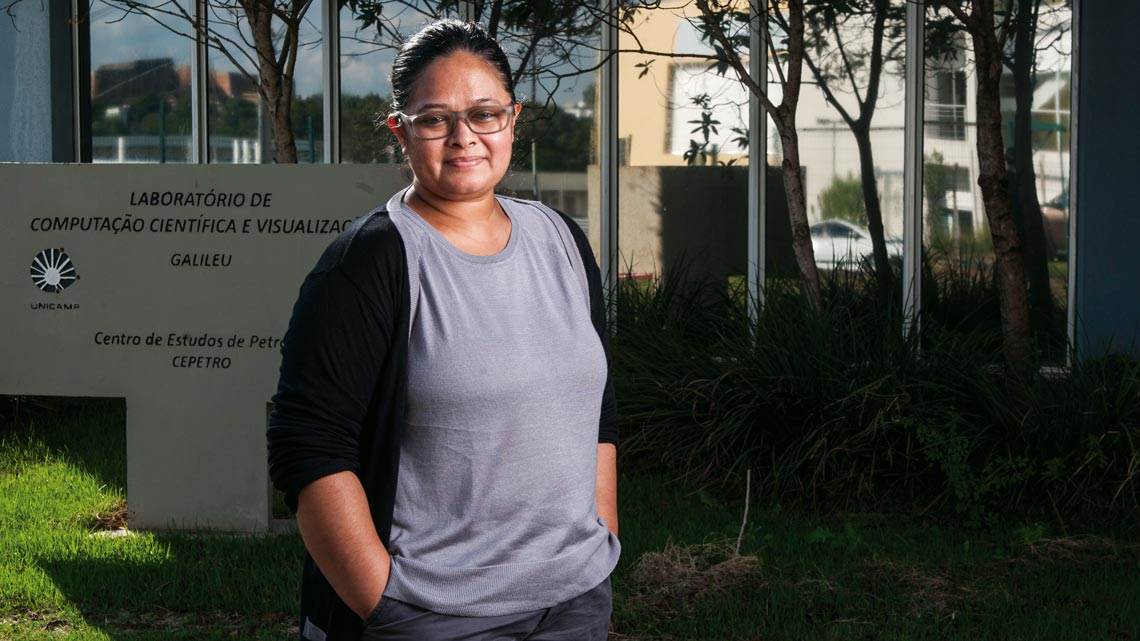 Mello, from FAPESP, notes that there are “many different countries vying for talent and this creates competition.” “Internationalization and attracting foreign researchers to stimulate the flow of ideas are therefore a core part of FAPESP’s mission,” he says. FAPESP has invested over the years in a range of strategies to attract foreign talent by offering fellowships and other initiatives, such as the São Paulo School of Advanced Science Program, a grant mechanism that allows researchers in São Paulo to organize short programs to be attended by scientists and students from around the world. The goal is to showcase research opportunities in São Paulo to students and scientists from abroad.

FAPESP also requires the researchers it funds to advertise postdoc fellowships linked to their projects in English on international websites, helping to raise the profile of available vacancies and attract foreign researchers. This was how Bangladeshi computer scientist Nusrat Jahan Lisa learned about a vacancy in the laboratory run by electrical engineer Guido Araujo, at the UNICAMP Institute of Computing. “I was working as an assistant lecturer at the Ahsanullah University of Science and Technology in Bangladesh and I often visited websites like Euroxess, which post information about fellowship and job opportunities for scientists in different institutions around the world,” she says. “I came across an advert for a postdoctoral fellowship in Araujo’s laboratory to work on a project in my field of expertise.” Lisa says she had already heard about UNICAMP but that this would be her first collaboration with Brazilian scientists. “It will be a great opportunity to develop skills specific to my field,” she says.