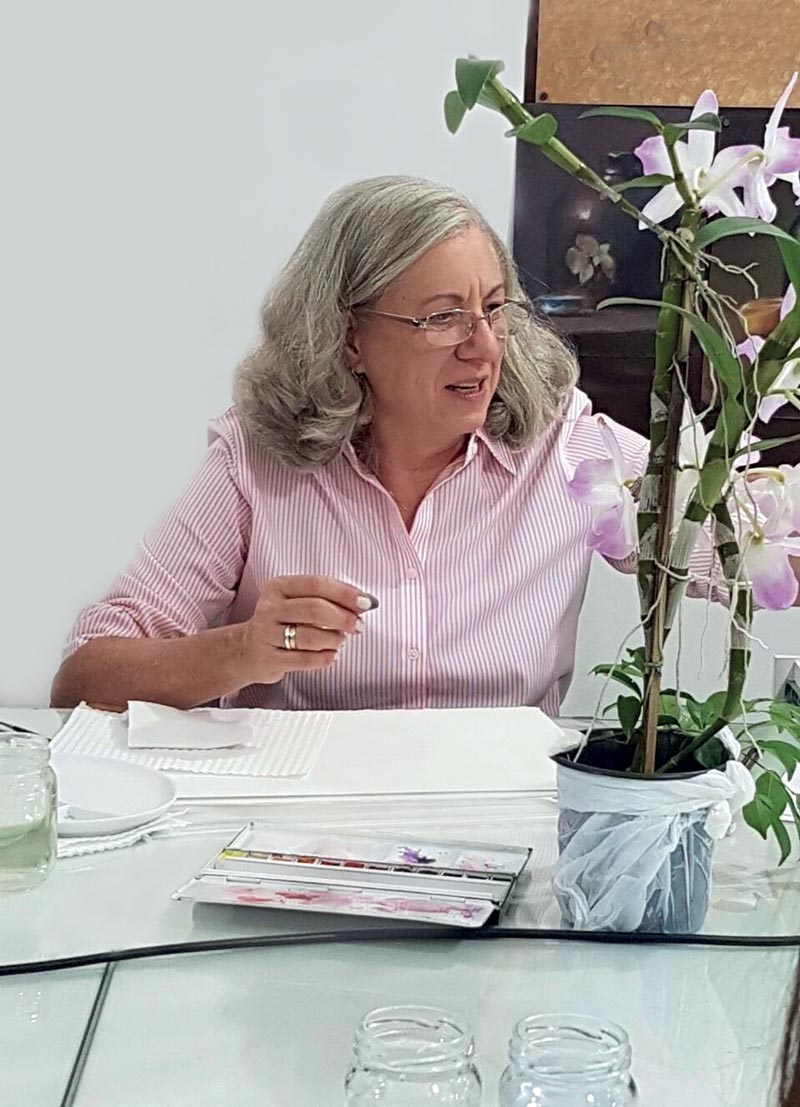 Tomasi during a class in 2016Personal archive

Detailed pencil sketches are preceded by close observation, which can involve the use of a magnifying glass or even a microscope. The drawing is then painted over using India ink or watercolor, highlighting aspects that would rarely be seen in a photograph. This is how artist and illustrator Maria Cecília Tomasi documented plant species for three decades, supporting scientific research carried out at the São Paulo Botanical Institute, where she also worked as curator of the illustrations, drawings, and paintings collection.

“Illustration allows you to take a very specific approach, highlighting both general aspects and specific details of each family and species, which is really important in plant taxonomy and classification,” says the illustrator, now retired from the institute. Born in the city of Bauru in the interior of São Paulo State, Tomasi moved to the capital after completing a degree in art education. In 1981, the institute was looking to hire more artists and Tomasi applied. “I applied without really knowing what the job involved,” she recalls. “I soon began to understand the role and I became increasingly interested in depicting different plant species.”

Painted mostly with India ink, her illustrations were used in articles written by scientists at the institute. “Since printing journals in color was more expensive, we always painted in black and white,” she points out. She went on to refine her technical skills at the Royal Botanic Gardens, Kew, in London, England, in 1993, where she took a six-month botanical watercolor course taught by the Margaret Mee Botanical Foundation, named after an English artist (1909–1988) who lived in São Paulo and was a member of the state’s Botany Institute in the 1960s. “It was in London that I started using color in some of my work,” she says. The techniques she learned on the course led to new job opportunities, such as illustrating books and magazines. 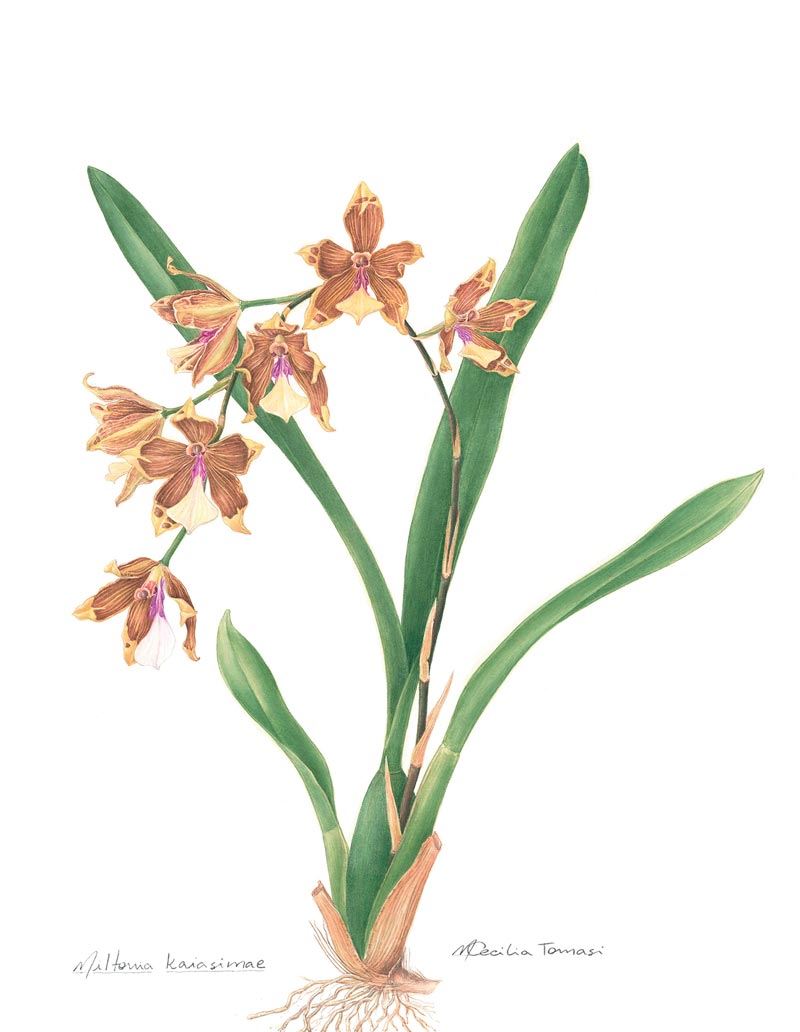 Tomasi paints with great consistency by observing plants when they are alive, pressed and dried, or preserved in solution. “Photographs can help, but it is more difficult because of the absence of three dimensions,” she explains. “The shapes vary widely. Depending on the needs of each researcher, they range from the very basic, with simple lines, to highly detailed illustrations,” she adds.

Tomasi, who currently teaches privately, has lost count of how many paintings she has created over the course of her 40-year career. “Often, the scientists keep the illustrations. As well as being used in scientific articles, my pictures are also used in classes and at conferences,” she says. In 2010, in recognition of her contribution to botanical research, researchers from the São Paulo Botany Institute and Rio de Janeiro’s Botanical Garden named a new species of anthurium after her. Anthurium Tomasiae was found in the Atlantic Forest region of the Serra da Bocaina mountain range in São Paulo State.