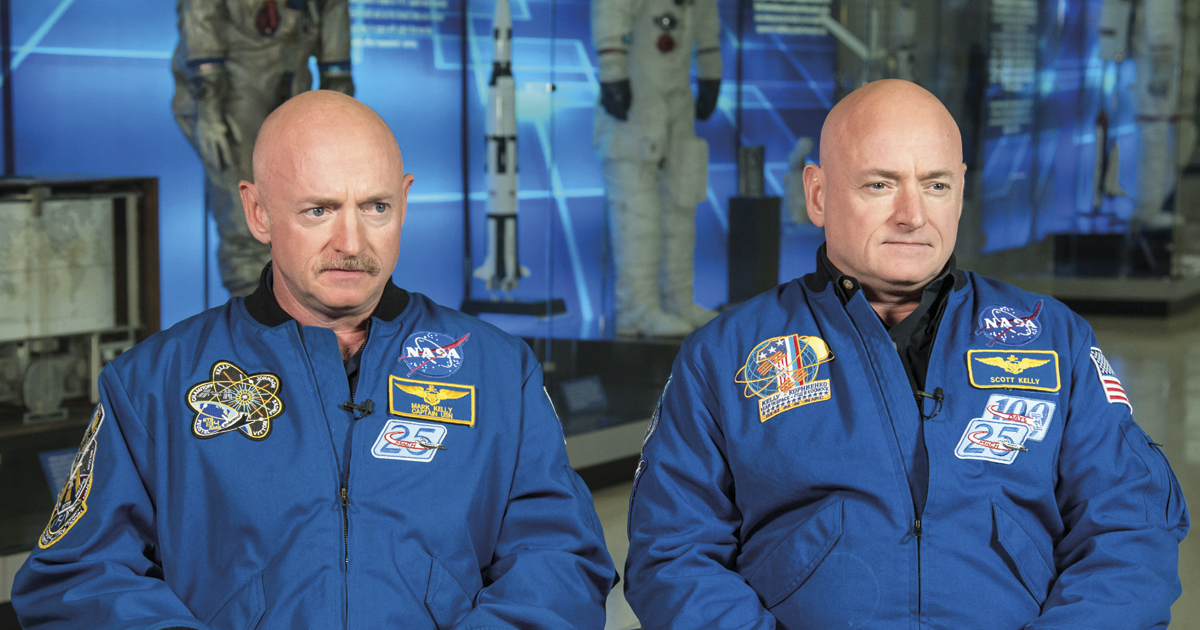 Astronaut Mark Kelly (left) and his twin brother, Scott, who spent almost a year in space

A long stay in space causes changes to the body that can last for months, even after returning to Earth. The Twins Study, conducted by the US space agency (NASA) on astronauts Scott and Mark Kelly, who are identical twins and thus share the same genetic makeup, is helping scientists understand more about these effects. Between 2015 and 2016, Scott spent 340 days aboard the International Space Station while Mark remained on Earth. Some temporary consequences of life in a microgravity environment—loss of muscle and bone mass, increased height, changes in the circulatory system—were already known from testing astronauts who have spent long periods of time in space. But these effects and others had never before been studied in people with the same genetic characteristics. Exams performed before, during, and after the mission are being analyzed by researchers at NASA and American universities. Some changes were temporary, such as lengthened telomeres (the tips of chromosomes that shorten as we age) during travel and reduced accuracy and speed after returning to Earth, while other effects lasted longer. Inflammation levels were higher during the journey and remained so for months after return. Six months after landing, the expression of 7% of Scott’s genes had not yet returned to pre-mission levels. There were changes in the activation of genes linked to DNA repair, the immune system, bone formation, and oxygen level response. According to a statement released by NASA in March, the changes are minimal, but they reveal how the body responds to the space environment. “We are beginning to understand how space travel affects the human body at the molecular level.” The study is considered an early step in preparing for a three-year trip to Mars.