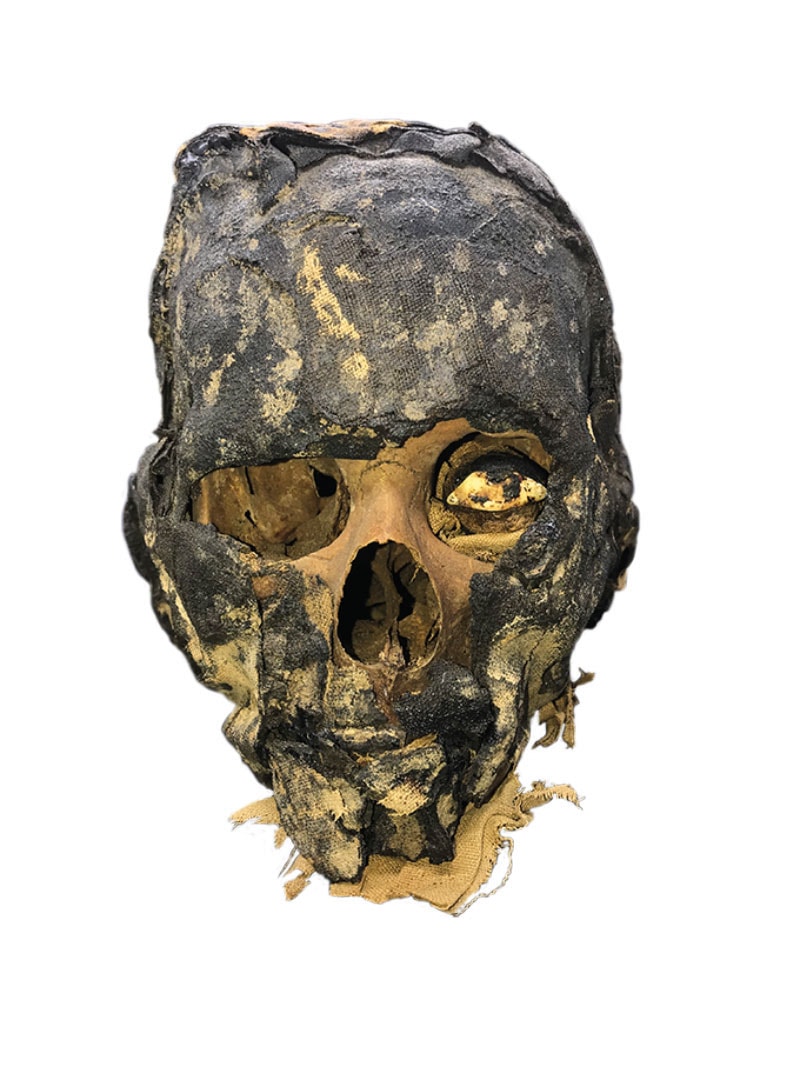 Researchers at the Pontifical Catholic University of Rio Grande do Sul (PUC-RS) have identified the head of an Egyptian mummy who lived 2,500 years ago stored at the 25 de Julho Cultural Center in Cerro Largo, Rio Grande do Sul. The piece has been part of the institution’s collection for 30 years and was identified by radiocarbon dating (C-14) in the United States. Named Iret-Neferet, the Egyptian woman lived between 768 BC and 476 BC and died aged 42 or 43. Theologian Edison Huttner, coordinator of PUC-RS’s Afro-Egyptian Identity Study Group, found the mummified head in 2017 and performed a CT scan, noting that it had an artificial eye, a practice commonly used by Egyptians before embalming the dead. He also found a hole above the nose, probably made to remove the brain. The researcher sent a fragment of the dental arch to an American lab to confirm the origin of the mummy. It was donated to the cultural center at some point in the 1970s or 1980s by Marcelino Kuntz, a local resident who was given the artifact by an Egyptian friend in the 1950s. Iret-Neferet is one of two Egyptian mummies stored in Brazil. A number of others held at the National Museum in Rio de Janeiro were destroyed in the fire of 2018.