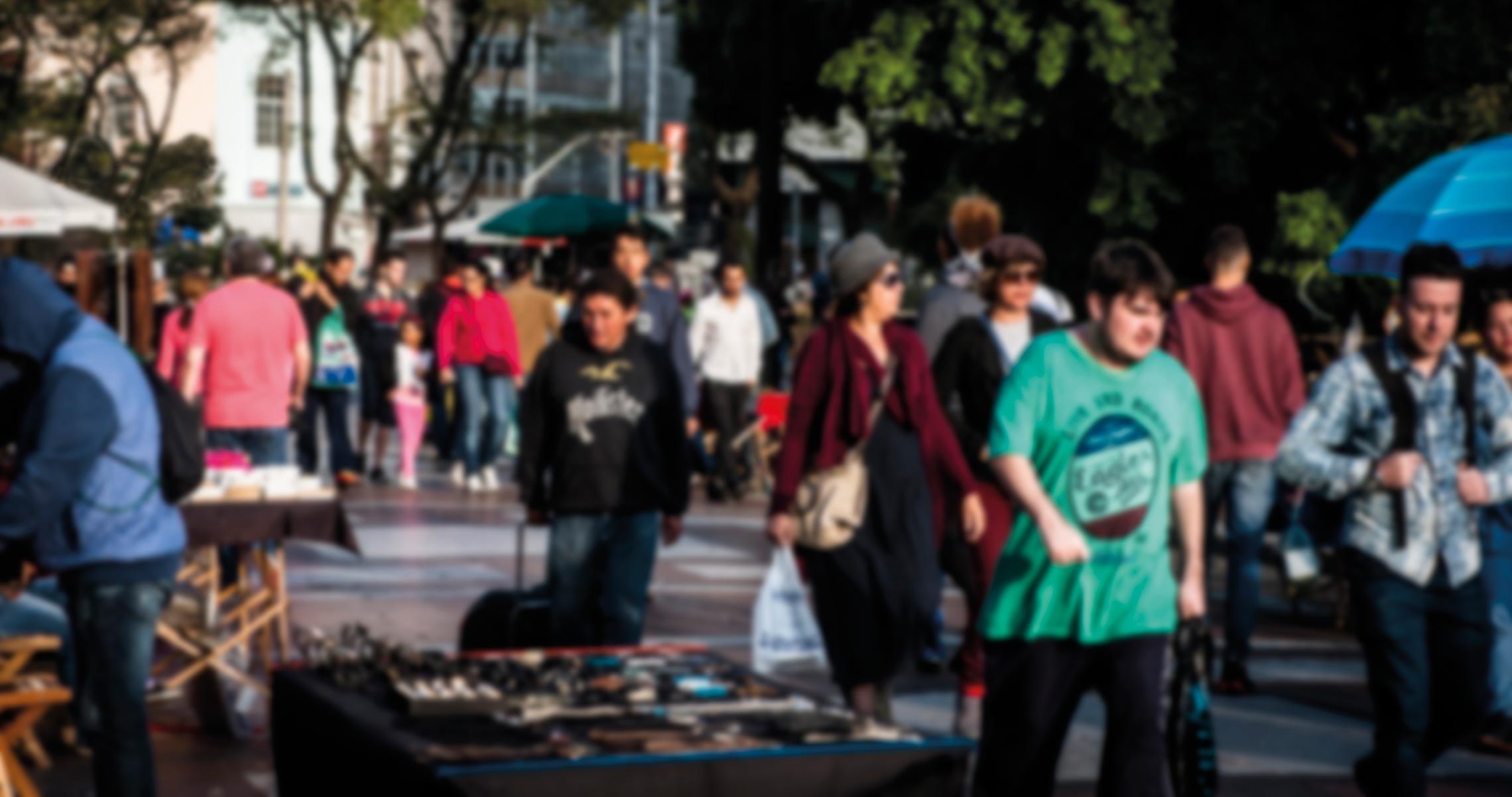 An ELSA-Brazil survey showed an increase in hypertension, diabetes, and weight problems in its sample population

After evaluating the health and living habits of 15,000 residents in six Brazilian capitals over a 10-year period between 2008 and 2018, researchers from the Longitudinal Study of Adult Health (ELSA-Brazil) painted a picture of how some chronic diseases emerge and evolve in Brazil, and the possible interactions between them. Based on interviews and examinations of the study participants, physicians and researchers identified a link in the Brazilian sample population that has been recognized for at least ten years in other countries: the association of two types of psychiatric disorders—depression and anxiety—with a higher risk of cardiovascular diseases, heart attack, and stroke. “We need to pay more attention to mental disorders, which are being undertreated and can interfere with other diseases,” says epidemiologist Paulo Lotufo, coordinator of the Center for Clinical and Epidemiological Research at the University Hospital of the University of São Paulo (HU-USP) and ELSA-Brazil.

Psychiatric disorders may manifest in those who have only the slightest signs of potential heart problems, according to a January 2019 article in the International Journal of Cardiology. Dr. Claudia Szlejf, a researcher at HU-USP, examined data on 13,743 ELSA-Brazil participants with an average age of 51.9 years who had not been diagnosed with heart disease. Subjects were assessed based on body mass index, hypertension, diabetes, cholesterol levels, smoking, physical activity, and diet. Half of the participants (54.1%) were categorized as being in poor cardiovascular health, 38.1% in intermediate health, and 7.8% in good health. One in four participants had some type of psychiatric disorder, which were more common in women (33.6%) than in men (18.4%). After accounting for the effects of age, sex, race, and alcohol consumption, depression was twice as frequent in those who had intermediate cardiovascular health and two and a half times more frequent in those who had poor cardiovascular health when compared to those who were in good health. With anxiety disorder, the frequency of depression was 20% higher in people with intermediate health and 50% higher in those with poor health. “Living habits, such as sedentary lifestyles and poor diet, seem to be one of the keys to psychiatric disorders and cardiovascular diseases, which end up feeding into each other,” says HU-USP researcher Isabela Benseñor, vice coordinator of ELSA-Brazil and one of the study’s coauthors. In some cases, as the researchers point out, it’s difficult to establish which appears first, the psychiatric disorder or the heart problems.

In 2019, data analysis should, among other objectives, continue to verify whether depression could actually precede coronary heart disease, heart attack, and stroke, although psychiatric disorders may also arise after the first myocardial infarction. “People with depression have a higher risk of cardiovascular disease,” says psychiatrist Renério Fraguas Junior, a professor at the Department and Institute of Psychiatry and at HU-USP who is not part of the ELSA-Brazil study. Depression causes changes in the body—increases in the levels of the hormone cortisol, as well as increases in inflammation and platelet aggregation, among other issues—that promote the formation of atherosclerosis, the basic process that causes obstruction of the arteries. “Improving depression cuts the risk of heart disease,” observes Fraguas.

An article published in 2014 in the American Journal of Psychiatry showed that ELSA-Brazil participants taking antidepressants had increased heart rates, as measured by a 10-minute electrocardiogram. This indicated a higher probability of suffering heart attack or stroke than patients who did not use drugs. Among ELSA-Brazil participants, 6.9% were taking antidepressants, according to a 2013 article in the Journal of Affective Disorders. This study indicated that, despite the risks, the use of antidepressants was below that recommended, mainly among men. Among those who were taking medication, only 14% of the participants (men and women) with generalized anxiety disorder and 16.5% with severe depression were using antidepressants. “Treatment for depression, in general, is not yet as comprehensive as it should be,” Lotufo adds.

The ELSA-Brazil research has cost about R$65 million, shared by the Ministry of Health and the Ministry of Science, Technology, Innovation, and Communication, and received additional support from state foundations such as FAPESP (R$1.4 million distributed across seven research projects). The study brought together around 50 researchers from São Paulo, Rio de Janeiro, Espírito Santo, Bahia, Minas Gerais, and Rio Grande do Sul, who coordinated the examinations of 15,105 active or retired public sector employees between 35 and 74 years of age. If, on the one hand, this group isn’t representative of the Brazilian population, on the other hand it can be monitored over a period of years, since civil servants have stable jobs and can be easily located over time. In other studies of this type researchers have reported more difficulty in locating participants, due to changes in employment and residence.

Blood samples from the ELSA-Brazil participants were collected during three periods, from 2008 to 2010, from 2012 to 2014, and from 2016 to 2018, then either analyzed or stored in 11 liquid nitrogen tanks. Between the first two test periods, the proportion of subjects with hypertension rose from 34.8% to 40.9%. Most participants (76.8%) were taking antihypertensive medications, but one in five didn’t know they had high blood pressure, which is in accordance with other surveys done in the country. The ELSA-Brazil study also identified resistant hypertension—refractory to at least four medications—in 11% of participants who had high blood pressure and in 3% of the sample group as a whole. These numbers signal the need to implement more rigorous programs to monitor this disorder, according to Lotufo. A team at the USP Heart Institute (InCor) reported a similar rate (11.7%) of resistant hypertension in a study of 1,597 people with hypertension examined at 26 research centers throughout Brazil, according to a 2018 article in the journal Hypertension. 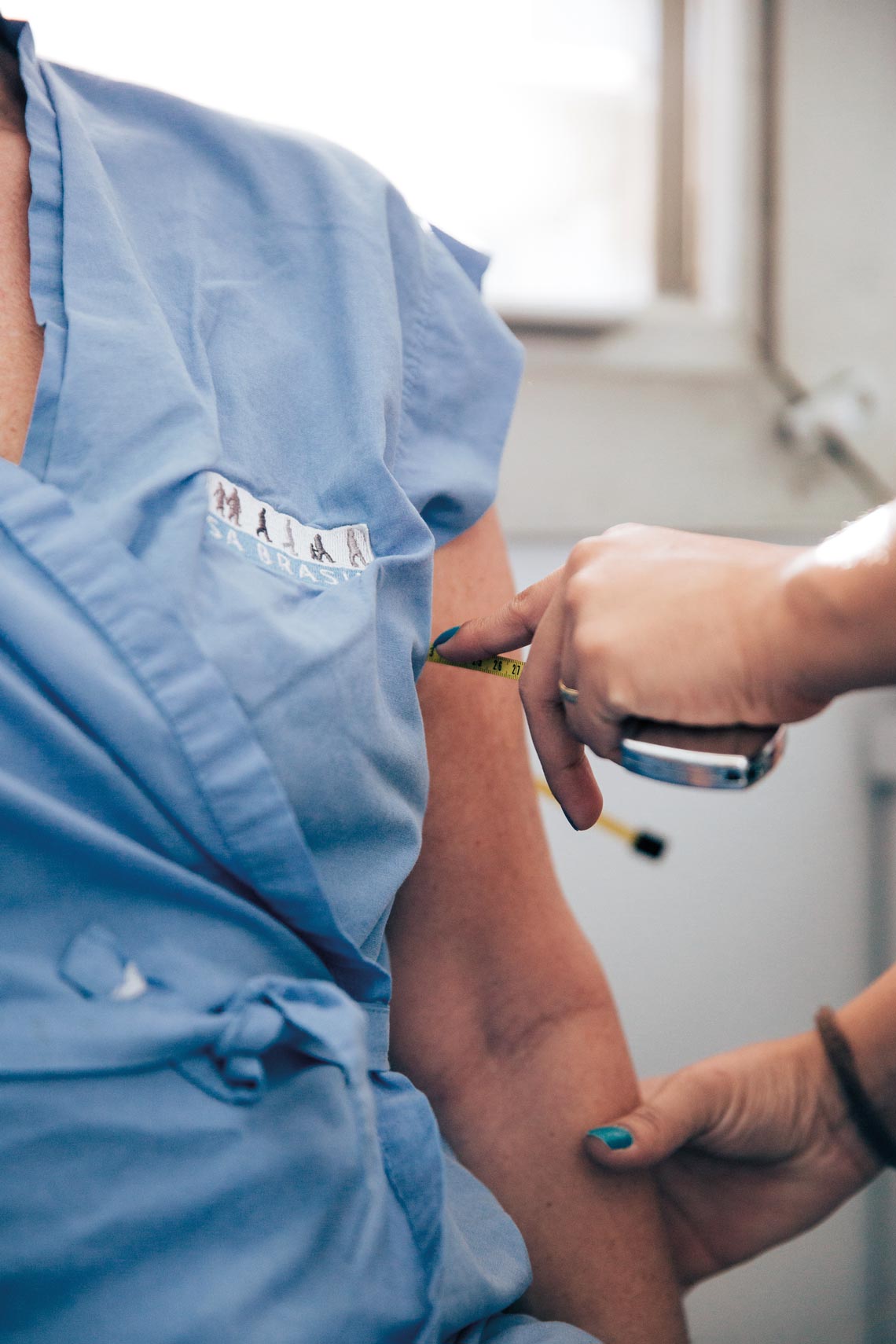 Weight problems on the rise
In one decade, the proportion of people with diabetes who participated in ELSA-Brazil also showed a slight increase, from 16.6% to 19.1%. Participants under age 55 gained the most weight, gaining on average one kilo per year from 2008 to 2014. Ten years later, two out of three were overweight or obese and nearly half (44%) had cholesterol levels above those recommended. Since the study began, 540 participants have died, mainly of cancer (40%) and cardiovascular diseases (30%), in addition to external causes such as traffic accidents, homicide, suicide, and respiratory, renal, gastrointestinal, and nervous system diseases. The rate of 3.5 deaths per year per 1,000 people was close to half that of the Brazilian population as a whole (6.6 per 1.000). Lotufo observes that ELSA-Brazil participants, because they are civil servants with access to health services offered by the very institutions in which they work, are healthier than the general population in Brazil.

In August 2018, the ELSA-Brazil coordinators began working with technical teams from the Ministry of Health to use the study’s results in forming public policies, which are initially aimed at improving the Brazilian diet. One of the studies published in the journal Public Health Nutrition in 2018 compared the diet of three groups: people born from 1934 to 1945, from 1946 to 1964, and from 1965 to 1975. “What scared us the most is that the younger generation is consuming more ultra-processed foods, soft drinks, and sweets than previous generations,” says dietician and epidemiologist Sheila Alvim of the Federal University of Bahia, and the ELSA-Brazil coordinator in Salvador. Some studies attribute the excessive consumption of ultra-processed foods an important role in increasing the risk of developing obesity and diabetes, a controversial subject in the healthcare field.

In the coming months, according to Lotufo, a publication should be coming out with summaries in Portuguese of the almost 220 scientific articles published since 2012, in order to broaden the reach of the ELSA-Brazil findings. The fourth stage of examination of the study participants is expected to begin in 2021. 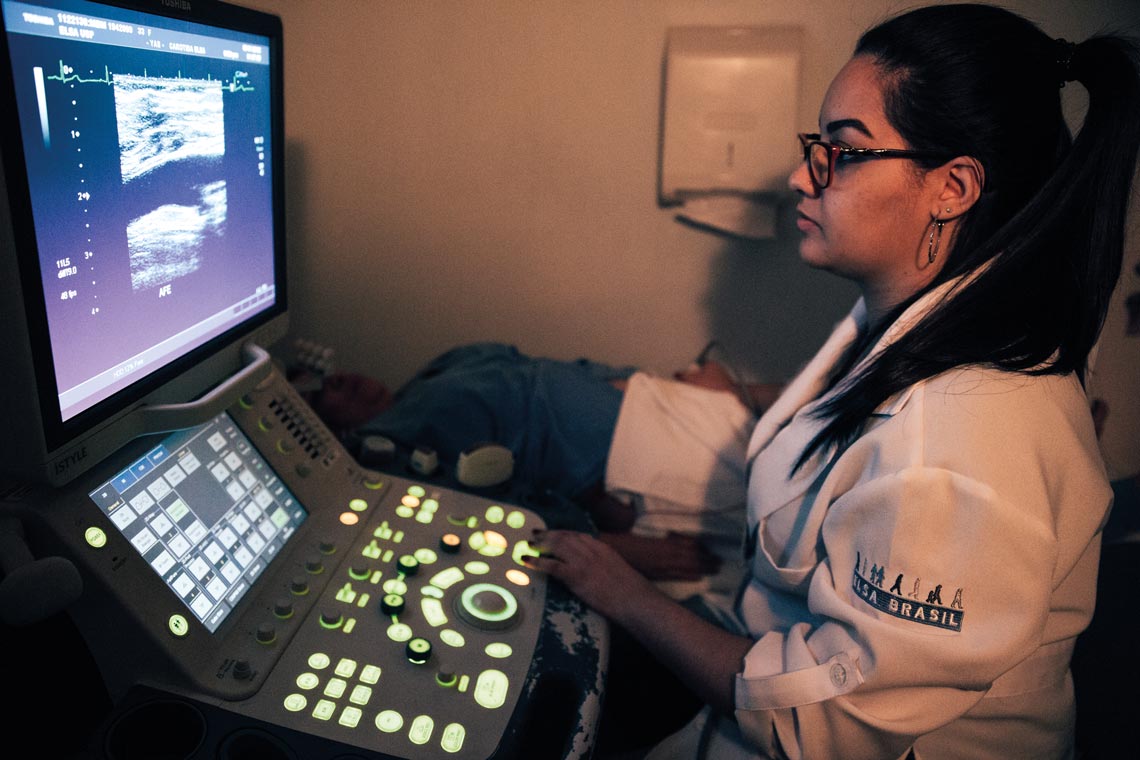 Epidemiologist Rosane Griep, a researcher at the Oswaldo Cruz Foundation and the ELSA-Brazil coordinator in Rio de Janeiro, examined 11,847 people, selected from the total participants of ELSA-Brazil. She found that 15.3% of women and 2.6% of men had migraine headaches, a prevalence close to that of other surveys done in Brazil and in other countries. According to a 2016 study in the American Journal of Industrial Medicine, the Rio team concluded that chronic headaches among study participants in the six Brazilian capitals may result from excess stress at work, from conflicts between professional and domestic roles, especially among women, and from the lack of time for personal care and leisure. These results accord with previous studies by other research groups.

“In addition to having more migraines, people who live under intense stress at work have a greater tendency to be overweight, have higher blood pressure levels, a higher risk of compulsive eating, and smoked more and engaged in less leisure-time physical activity than those who work in less tense environments,” says Griep. Researchers also observed that women who work at night have a 40% greater risk of developing diabetes than women working daytime hours; with men, the risk was 6% higher.

Residing close to public spaces encourages the practice of physical activities, while distance makes it difficult, according to another study by the Rio group, published in February of 2018 in the journal Social Science & Medicine. Those who lived in outlying areas, further from green spaces, had a 26% higher risk of hypertension and a 50% chance of having diabetes than those living near parks.

In a paper published in January 2019 in the journal SAGE Open Medicine, ELSA-Brazil researchers in Salvador warned of the need to reduce unbroken periods of physical inactivity in front of the computer, cell phone, or television with more breaks for short walks or stretches, in order to keep the body effectively active. “Our study indicated that spending the day sitting, and engaging in physical activity only a few days per week, isn’t the best combination for maintaining health, although it is better than being totally sedentary,” says nutritionist and epidemiologist Sheila Alvim, a professor at the Federal University of Bahia and coordinator of ELSA-Brazil in Salvador.