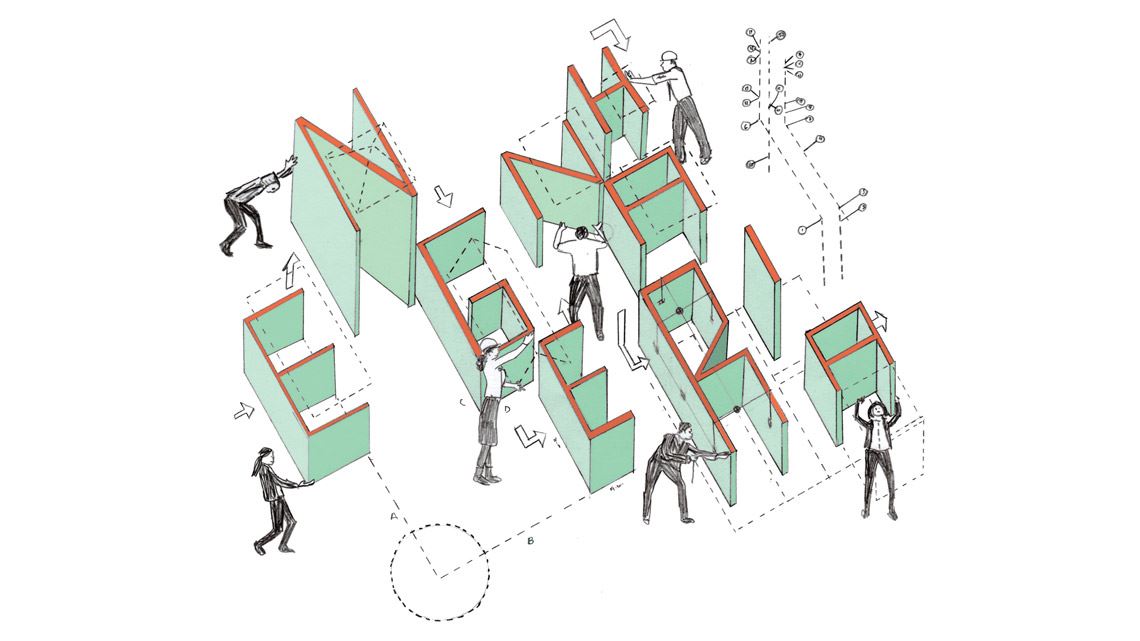 The education of new engineers is a central theme in current debate among researchers, professors, educational institutions, and members of the industry in Brazil. The discussion is focused on teaching conditions and quality, the increasing number of remote courses, high dropout rates, and the need to reformulate the curriculum, with the objective of encouraging schools to incorporate new topics such as innovation and entrepreneurship, considered essential to meet market demands based on current challenges.

“The need to rethink how we train engineers began growing in prominence in the second half of the 2000s with the creation of the federal government’s Growth Acceleration Program (PAC),” explains Roberto Leal Lobo e Silva Filho, a retired electrical engineering professor, former dean of the University of São Paulo (USP), and one of the authors of Engenheiros para quê?  Formação e profissão de engenheiros no Brasil (Engineers for what? The education and profession of engineers in Brazil) (Edusp, 2020). “At the time, we were worried about professional shortages in the sector, with not enough engineers to handle the 4% annual growth,” recalls Lobo e Silva, who was a consultant for the Brazilian National Confederation of Industry (CNI) on an innovation training program. In addition to topics related to the profession and training of engineers, the book discusses the sector’s capacity for innovation and entrepreneurship; the relationship between universities, companies, and the government; sustainability; and reformulation of curricula based on the new National Curriculum Guidelines (DCN), instituted in 2019 for the various existing engineering qualifications in the country.

The large number of specializations—in Brazil, there are more than 200 engineering disciplines—presents another challenge. “The dispersion caused by so many different specializations makes it more difficult for students to work on broader projects,” points out Lobo e Silva. “The high number of specialties is a reflection of the effort by some institutions to offer courses according to current trends, but it generates frustration for many graduates due to the lack of a more holistic approach,” explains Luiz Lucchesi, a professor from the School of Agronomy at the Federal University of Paraná (UFPR) and a consultant to the Federal Council of Engineering and Agronomy (CONFEA).

According to CONFEA data, 1,082,575 engineers were registered on its system in 2020. The number, however, does not represent the total number of graduates, because not all engineers register with their Regional Councils of Engineering and Agronomy (CREAs). Registration is mandatory for professionals to work in the sector, with the CONFEA/CREA system itself responsible for enforcement. According to the latest census of higher education in Brazil, 1,225,243 people enrolled on engineering, production, and construction courses in 2019: 869,781 at private institutions and 355,462 in the public system. The dropout rate, however, was over 50%.

Observed both at public and private educational institutions, the high dropout rate from engineering courses has become a major problem. The main reason identified by specialists and professionals in the field is the curriculum, which has barely changed in 20 years and places too much of an emphasis on subjects considered “difficult,” such as calculus, mathematics, and physics. “It is not a case of minimizing the importance of these fields within engineering, but we need to show students how each of them can be used to deal with real-world problems linked to the job,” says Lobo e Silva. “It has become clear that engineering courses are failing to achieve their objectives. Many students do not fulfill their dream of graduating in the sector, professors feel frustrated by high dropout rates, and companies face a shortage of creative and innovative workers,” says Maria Beatriz Lobo, coauthor of the book.

A study by Brazil’s National Confederation of Industry (CNI) revealed that from 2001 to 2011, just 44% of more than one million engineering students reached the end of their course. The results also showed that private institutions faced the most difficulties with dropping out. The average was over 60% on private courses and over 40% at public institutions. “Deciding to drop out makes students feel frustrated because they feel like the course was so far from what they expected,” says José Roberto Cardoso, an electrical engineer and professor at USP’s Polytechnic School (Poli-USP). He believes courses need to be modernized by committing to developing skills such as communication and written expression, management, and team leadership. “There is an idea, which has become fixed over time, that an engineer only needs to understand calculations and processes. This is not the case and no longer meets the needs of companies in the sector,” says Cardoso.

The modernization of the curriculum advocated by the book’s authors includes the use of active methodologies, where students take the lead in a project-based learning process. “5G technology is knocking on the door, which will represent a major revolution in all engineering segments,” says Renata Perrenoud, a civil engineer who specializes in education, course management, and redesigning academic systems. “Being prepared to analyze big data has become essential in modern engineering, but this fact is still ignored by many institutions,” she highlights.

In 2021, Brazil ranked 57th among 131 countries assessed by the Global Innovation Index (GII), calculated annually by the World Intellectual Property Organization in partnership with Cornell University, USA and the European Institute of Business Administration (INSEAD). The index reflects the country’s weak performance with regard to training innovative professionals, especially in engineering courses. Brazil was behind countries such as Chile (53rd), Mexico (55th), and Costa Rica (56th). “The educational sector has to be aware of this need for change. A culture persists that courses need to be difficult and students need to suffer to complete it,” adds Cardoso.

The lack of flexibility in engineering education is related to the history of the profession. Until the end of the eighteenth century, the military was heavily involved in the sector. Like in other countries, engineering education in Brazil was initially the responsibility of a military institution: the Royal Academy of Artillery, Fortification, and Design, founded in Rio de Janeiro in 1792 and considered the country’s first national engineering school. Renamed Escola Politécnica (“Polytechnic School”) in 1874, it has been linked to the Federal University of Rio de Janeiro (UFRJ) for the last half a century.

It was only from the second half of the nineteenth century onwards that the roles of engineers and soldiers began to be separated in the country, with the former dedicating themselves to urban construction and development—houses, buildings, roads, and bridges—while the latter remained focused on the creation of fortresses and military equipment. The links to the military also explain why engineering schools were attended exclusively by boys for so many years.

Since 2010, Maria Eulina Pessoa de Carvalho of the Education Center at the Federal University of Paraíba (UFPB) has been working on a project funded by the Brazilian National Council for Scientific and Technological Development (CNPq) that studies gender relations in male-dominated courses, gathering data on the number of students and teachers on different courses at the institution, such as mechanical engineering, physics, mathematics, and computing. “Right from the start I had to overcome the obstacle of there being no systematic information on the number of women on these courses—the institution simply did not record this data,” explains Carvalho, who had to manually go through lists of students. “Organizing this type of information and making it available is the first step towards achieving gender equity in areas with less female participation,” she says.

During the study, Carvalho discovered that no women graduated in engineering at the institution in 1960. In 1976, 18% of graduates were women, and in 2010, 22%. “It’s very slow growth, which reflects the same division of labor by gender as seen in society as a whole. The production of knowledge demonstrates this,” says Carvalho. “The underrepresentation of women negatively affects innovation, for example. It is well known that diversity, in all aspects, is essential to the development of creative projects that stimulate entrepreneurship.”

With the aim of modernizing engineering curricula, the University Center of Volta Redonda, maintained by the Oswaldo Aranha Foundation (UNIFOA), implemented an entirely project-based educational model earlier this year. “We used to take a very segmented approach to engineering, so we decided to break down the barriers between different disciplines, encouraging students to think about concepts in a broader and more integrated way,” explains Max Damas, associate dean of planning and development at the institution. As a result, the engineering specialties offered by the institution will now be taught under a single program for the first four semesters. “We will thus avoid the division between civil, electrical, environmental, mechanical, and production engineering, helping students think more openly and creatively about how to solve the problems encountered in daily life in this profession,” says Damas. With this new format, students will only begin specializing in the fifth semester. The institution registers roughly 100 new engineering students per year.

Topics such as creative engineering, applications in engineering 4.0, sustainable cities, environmental control, and the Internet of Things will also be covered in the new curricula. “Engineering students starting university today will need to remain economically active for the next 50 years. It is important that they are prepared to solve the problems and interpret the demands of the future. Adaptability, agility, and flexibility are crucial skills,” he says.