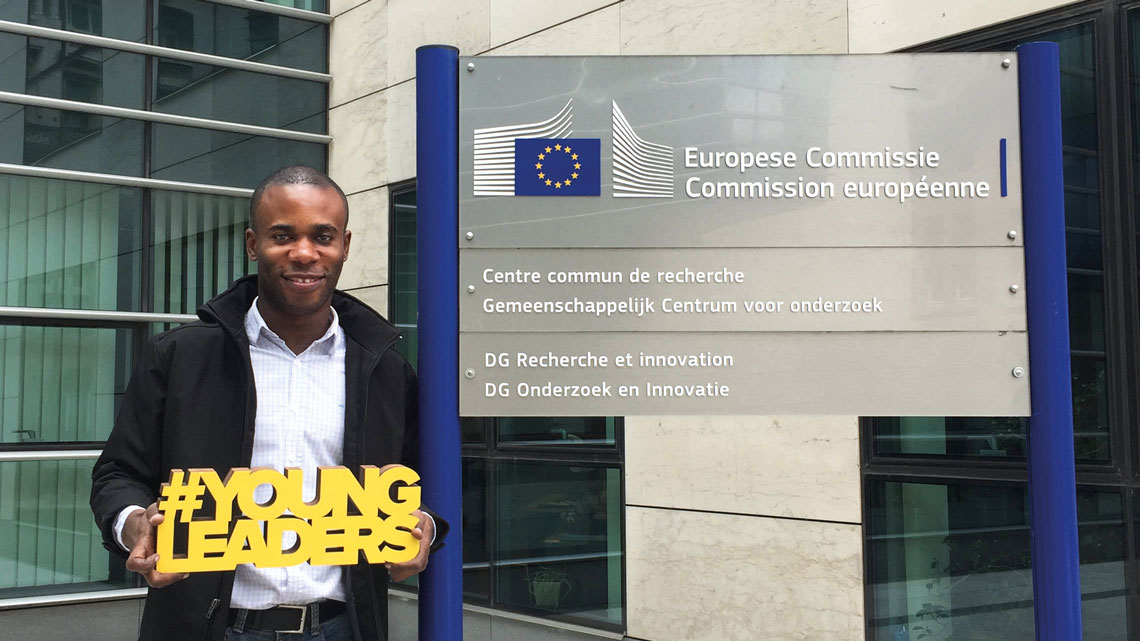 Louison Mbombo was born in Kinshasa, Democratic Republic of Congo, but has lived in Brazil since 2013. Five years ago, he decided to found a nongovernmental organization (NGO) in his home country to fight malaria and provide humanitarian aid for children suffering malnutrition, female victims of violence, and to prevent HIV. The NGO is called Solidarity in Mokili—”Mokili” means “world” in his native language.

The initiative is starting to earn recognition. At the end of 2019, Mbombo, a student at the School of Medicine at the Federal University of Minas Gerais (UFMG), received the 2019 Best Humanitarian Innovation Award from the Dutch Coalition for Humanitarian Innovation (DCHI) for his use of artificial intelligence in the fight against malaria. By collecting and organizing data on the disease, Mbombo created a system capable of predicting when outbreaks will occur, which enables more timely interventions.

Created in partnership with Google and Microsoft, the program allows data on the number of cases in a given region to be cross-referenced against periods of heavy rainfall. The meteorological factor is relevant because the mosquito genus Anopheles, which transmits the disease, lays its eggs in standing water. With this information, it is possible to anticipate where and when new cases may arise and to establish preventive actions in specific regions—by distributing mosquito nets, for example. “Since the program began in 2016, we’ve handed out more than 8,000 nets,” says the 24-year-old.

Mbombo was motivated to create the NGO after seeing a video online of a Congolese child affected by the disease, who said he lives each day waiting to die. “I was really moved. I immediately started thinking about how I could help change things,” he recalls. After discussing the issue with health professionals—his father is a surgeon in the country—he had the idea of creating a care network for victims of malaria, a disease that accounts for 70% of the deaths of children under five years old in the Congo.

Each year, an average of 25 million cases are diagnosed in the country, with 40% of patients spending all the money they have on treatment.

The NGO works in partnership with health centers in six provinces in the Congo to provide free assistance to those in need. A register is kept of economically vulnerable families, who receive care at no cost. “There is no public health system in the country, so people are not used to going to hospital,” he explains.

As well as receiving an award from the United Nations Educational, Scientific and Cultural Organization (UNESCO) in 2017, Mbombo was last year named one of the 15 most influential young leaders in the world by the European Union (EU). As part of this recognition, he was invited to participate in the European Development Days in Brussels, Belgium, an annual meeting to discuss innovative ways of confronting inequality in health and education. “My dream is to eradicate malaria in all the countries of Africa.”