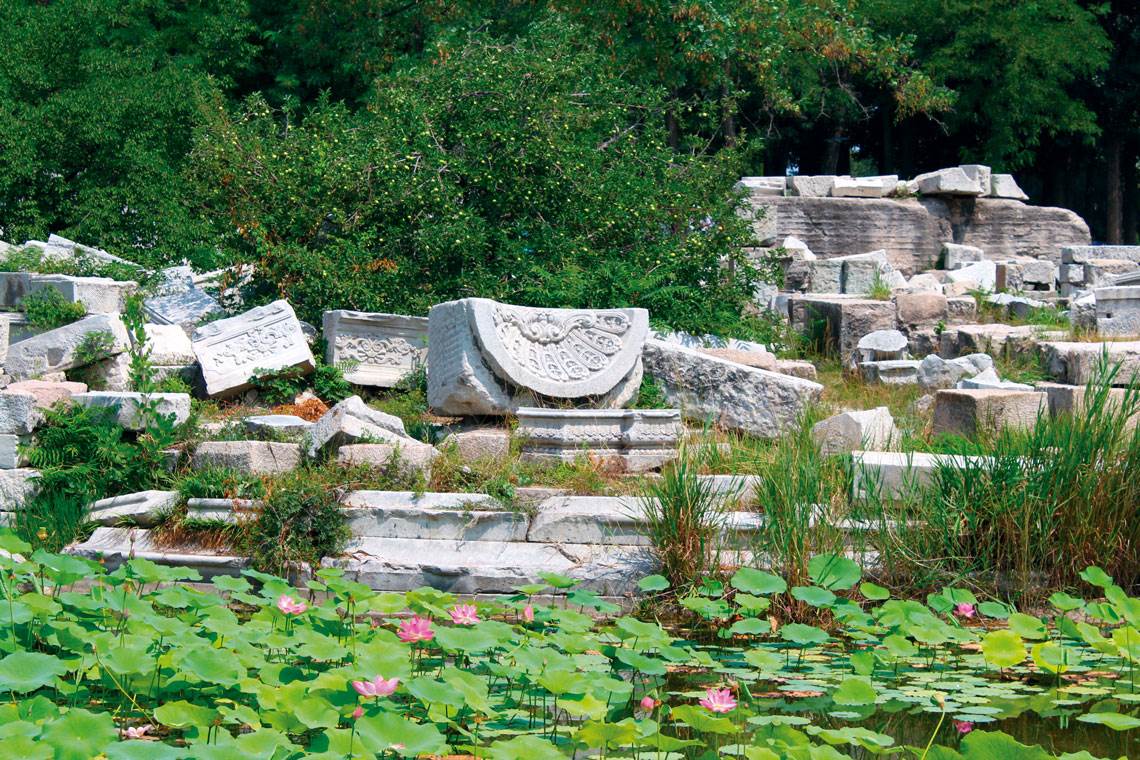 At first glance, it looks like nothing but plants growing among rubble. Look a little closer, however, and you will notice designs carved into the rocks behind the lotus flowers, which are symbolic in Buddhism. Construction of Yuanmingyuan in Beijing, known in English as the Old Summer Palace, began during the reign of the Kangxi Emperor in the early eighteenth century by a group of Chinese and European artists. Jesuit artist and architect Charles Belleville (Wei-Kia-Lou) worked on the palace for 10 years before settling in Bahia, Brazil, on his way back to France. His other works include the sacristy ceiling at the school of theology in Belém da Cachoeira, Bahia, which he painted with Chinese references adapted to Brazil.

Image submitted by Renata Maria de Almeida Martins, a professor at the University of São Paulo’s School of Architecture and Urbanism (FAU-USP), where she is studying connections between Asian, European, and indigenous cultures in Brazil