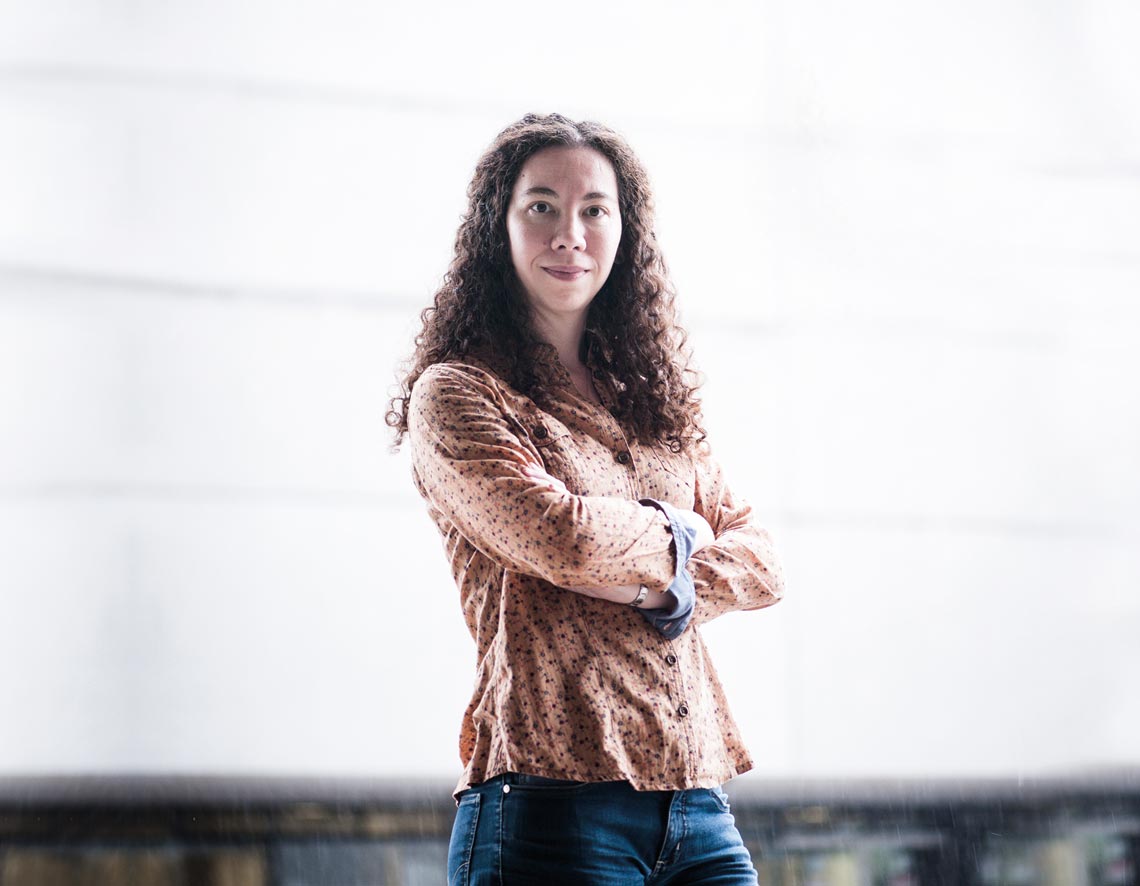 The idea that science, technology, engineering, and mathematics (known as the STEM fields) are not for women has never even crossed Cecilia Chirenti’s mind. Her mother has a degree in electronic engineering and has been teaching at Mackenzie Presbyterian University in São Paulo since 1978, so Chirenti was not intimidated when she applied to study at the Physics Institute of the University of São Paulo (IF-USP). “Lots of my classmates were really envious because I was able to ask questions at home,” she jokes.

The only thing she was unsure of was whether she would be able to follow an academic career in Brazil. “I decided to study what I loved and do whatever was necessary to make my career work.” At university, Chirenti studied a two-year scientific initiation course. Her future supervisor, theoretical physicist Elcio Abdalla, decided her experience was enough for her move straight onto a PhD at the same institution in 2003. It was then that she began studying perturbations of gravitational systems based on the theory of general relativity, proposed in 1915 by German physicist Albert Einstein (1879–1955).

Chirenti completed her research in 2007 and then began a postdoctoral fellowship at the Max Planck Institute for Gravitational Physics in Potsdam, Germany. “I thought I would stay abroad for longer, maybe do another postdoctoral fellowship,” she says. “One day, however, Elcio Abdalla told me they were interviewing for a professor at the Federal University of ABC in São Paulo [UFABC],” she recalls.

A few months before completing her fellowship in 2008, she decided to return to Brazil and apply for the role. She was successful, and at the age of 26, became assistant professor at the UFABC Center for Mathematics, Computing, and Cognition.

In 2018, she applied for a place on the Simons Emmy Noether Fellows Program run by the Perimeter Institute for Theoretical Physics in Waterloo, Canada, which aims to support early and mid-career women theoretical physicists.

Candidates for the fellowship must hold a faculty position in a higher education institution and work in one of the fields of theoretical physics studied at Perimeter. The selection process considers the career stage of the applicant and assesses their scientific output. Chirenti was chosen along with seven other scientists from various countries and fields. She will visit the institute for three months, allowing her to advance her work on gravitational waves, black holes, and neutron stars, as well as giving her an opportunity to establish new research collaborations.

Chirenti is the first Brazilian to obtain a grant from the program, which provides CAD$3,000 (about R$8,600) a month and will pay for all food, housing, and transport costs during her stay in the country. She will be leaving for Canada in September. The program will also pay for Iara Ota, the only woman from the three graduate students Chirenti is supervising at UFABC, to spend a month at the institute. “The idea is that she will be able to participate in seminars, conduct part of her research project, and forge new partnerships,” says Chirenti.