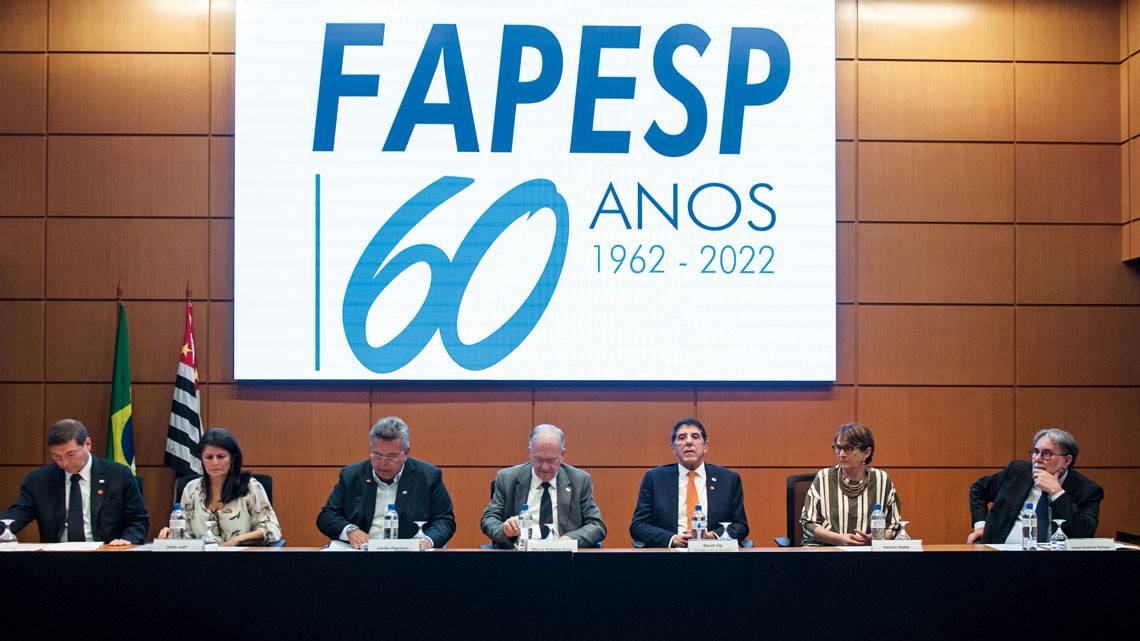 In a ceremony held to celebrate its 60th anniversary on May 25, FAPESP announced plans to invest R$990.1 million in new research initiatives. The majority will be used to purchase large scientific equipment and collections and archives for universities and research institutes, at a total of R$450 million.

The foundation will invest R$38.6 million in three new Engineering Research Centers (CPEs): one in the field of immuno-oncology in partnership with pharmaceutical company GSK and the Albert Einstein Institute for Research and Education; another in intelligent networks and services together with Ericsson and the University of Campinas (UNICAMP); and the third in aerial mobility with EMBRAER and the Technological Institute of Aeronautics (ITA). “The CPEs represent a research-funding model that connects business and academia through an extremely efficient arrangement,” says Luiz Eugênio Mello, Scientific Director of FAPESP. The foundation supports 23 CPEs, which in total will be responsible for more than R$1.5 billion in research activities—R$325 million provided by the FAPESP.

A further R$89.5 million will be allocated to 15 Science for Development Centers, whose research aims to help solve economic and social problems in São Paulo. Other initiatives include Projeto Geração (R$32 million), which offers funding to new doctoral graduates for ambitious research projects; Proeduca (R$20 million), for research in basic education; Amazônia+10 (R$100 million), a partnership between nine states in northern Brazil; and Researchers at Risk (R$20 million), which is for researchers from areas of conflict, such as Ukraine.

The newly announced R$990.1 million will supplement funds traditionally invested in fellowships and grants. “FAPESP continues to regularly grant fellowships and research grants, as it has always done. And these initiatives will grow over the coming years,” says Carlos Américo Pacheco, chair of the foundation’s executive board. “This is the new face of FAPESP, expanding its agenda and strategies, but always remaining faithful to the dream of its founders and to the São Paulo Constitution by promoting research to expand our knowledge and fostering technological innovation,” says FAPESP president Marco Antonio Zago.