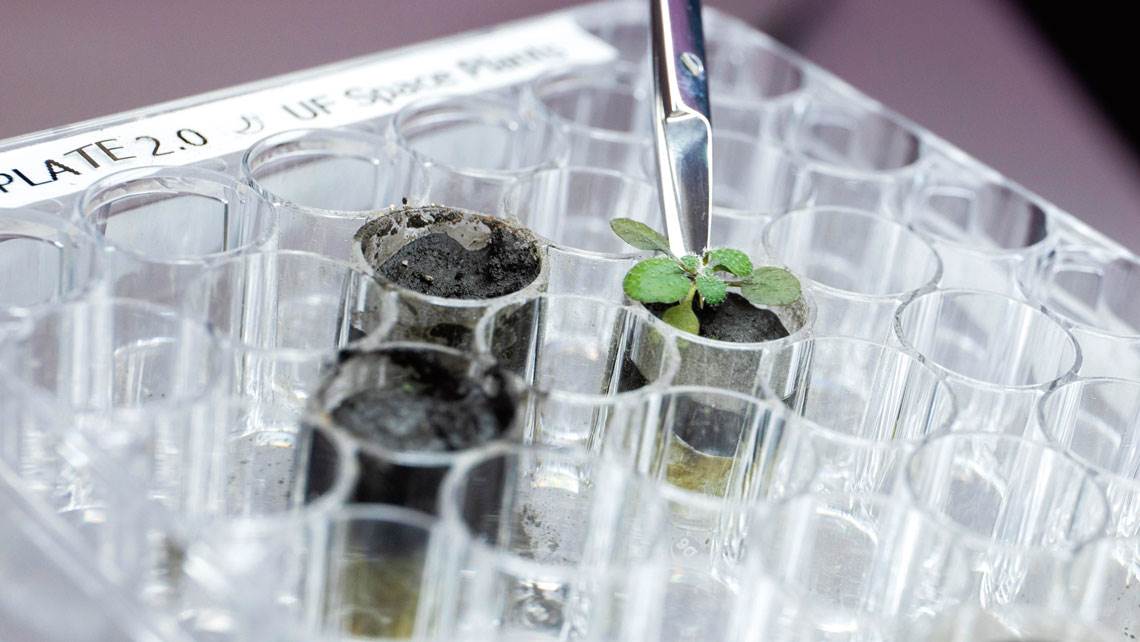 Arabidopsis specimen used in the experiment

Plants cultivated in lunar soil grow slower and show more signs of stress than those grown in volcanic ash from Earth. A group led by Anna-Lisa Paul of the University of Florida, USA, compared the growth of Arabidopsis thaliana, a plant in the mustard family, in both types of soil. Twelve lunar soil samples collected by the Apollo 11, 12, and 17 missions were used, as well as 16 samples of volcanic ash from Earth, which have a similar mineral composition and particle size to the soil brought back from the Moon. Seedlings planted in the lunar soil took longer to grow and develop foliage than those planted in the volcanic soil from Earth. The roots of plants in the former group were also smaller than those in the latter. The researchers noticed that in the lunar soil, some plants developed a reddish color (when naturally they would be green), indicating stress. The team also showed that more stress-related genes were activated (Communications Biology, May 12).