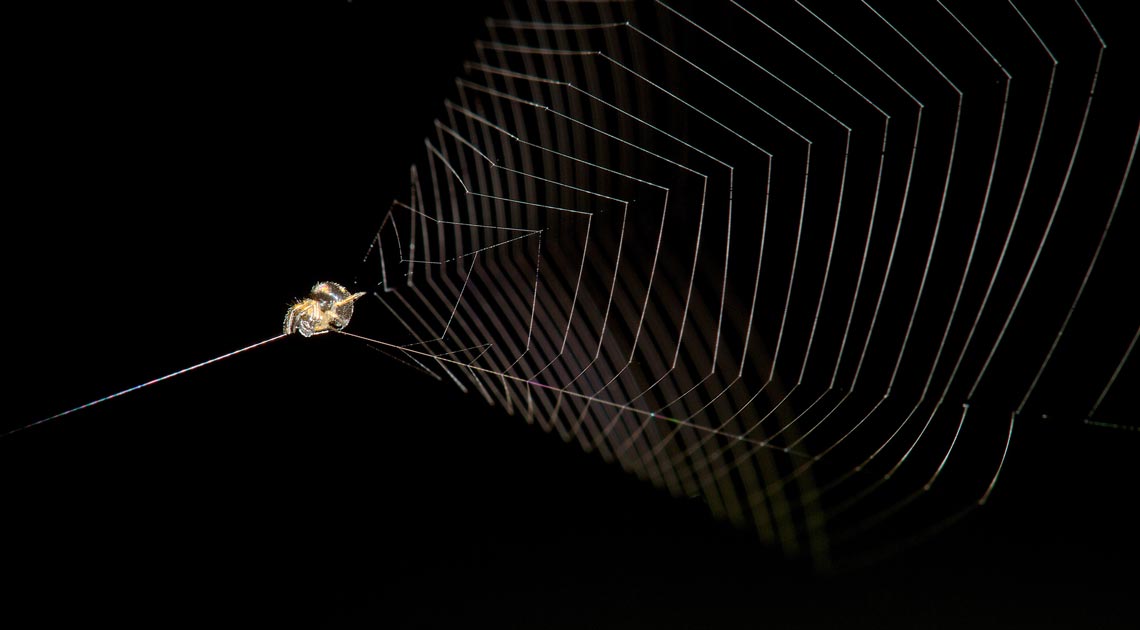 A small spider in the Theridiosomatidae family, found in the Peruvian Amazon, has developed a fast and proactive strategy for catching food. Instead of waiting for insects to fly into its web, it launches itself like a slingshot to catch the prey. The spider weaves a standard orb web, but then attaches the center to a fixed object with one thread and pulls it back, creating a cone shape. When an unsuspecting insect approaches, the spider releases the thread, launching itself and the web over its dinner. It then collects the thread again and readies the trap for the next opportunity. Using cameras capable of recording ultrafast images, biophysicist Symone Alexander and chemical engineer Saad Bhamla, both from the Georgia Institute of Technology in the USA, calculated the acceleration speed of the spider’s web, nicknamed the slingshot. When launching itself at its prey, the spider accelerates at 600 meters per second squared, almost 50 times faster than a cheetah, the fastest land animal in the world. It can reach a speed of 15 kilometers per hour in a matter of milliseconds. The findings were presented at a meeting of the American Physical Society in Boston, USA, in March. You can see the spider in action at bit.ly/2U1BKS9.