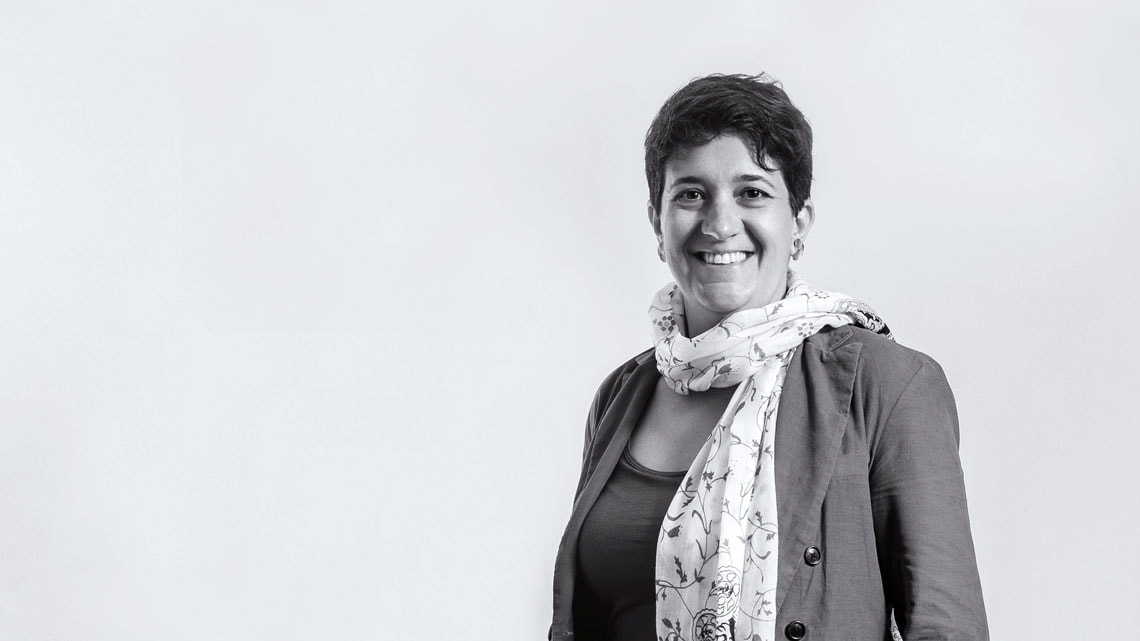 A scholar of innovation in Brazil, Fernanda de Negri is coordinator for the Center for Research in Science, Technology, and Society

Last November, the Institute for Applied Economic Research (IPEA) launched the Center for Research in Science, Technology, and Society, whose aim is to centralize studies and debates on the impacts of scientific and technological progress on people’s quality of life, focusing on healthcare, education, and sustainability. With five researchers and seven fellows, the research center is an offshoot of the IPEA Diretoria de Estudos e Políticas Setoriais de Inovação e Infraestrutura (Department for Innovation and Infrastructure Studies and Sectoral Policies), which in recent years has generated critical mass to formulate policies related to investments in research infrastructure and to R&D contracting, for example. The leader of the initiative is economist Fernanda de Negri—whose studies focus on Brazil’s difficulties in producing innovations and benefiting from them. Last year, she launched a book on the subject, Novos caminhos para a inovação no Brasil (New paths toward innovation in Brazil). With a degree in economics from the Federal University of Paraná (UFPR), and a master’s and PhD from the University of Campinas (UNICAMP), Negri has worked at IPEA since 2004. In the following interview, she expands on her ambitions for the new research center.

What are your goals for the Center for Research in Science, Technology, and Society?
Our research group at IPEA has a history of studying innovation, but we feel the need to specifically address the social impacts of scientific and technological progress. Our goal with the research center is to analyze the effects of science and technology on people’s quality of life and propose public policies that can leverage positive impacts or mitigate negative impacts.

What is the focus of your studies?
We are interested in healthcare, education, and sustainability. In healthcare, we are starting with topics such as precision medicine, to understand the extent to which these new technologies can improve access to health services and their quality. We are also producing papers on innovations that can reduce environmental impact, which we call eco-innovation. One of our goals is to study Brazilian businesses that adopt such technologies. We are talking about new energies, using renewable sources. Some already exist but are not yet economically viable. We want to analyze what can be done to speed up their distribution.

How do you hope to contribute?
We total five researchers at the center—including fellows, there are 12 people in total. We will not be able to answer all the questions we would like to, but we want to produce knowledge on these topics and become a hub for debate on the impact of technologies on society, involving researchers from other areas at IPEA and through partnerships with universities and institutions. As an example, I’ll cite the case of vehicle taxes. Until recently, in Brazil, hybrid or electric cars were taxed the same as gasoline-fueled cars. Why not propose a tax system that favors technologies with less environmental impact? Another issue is the future of agriculture. For the most part, Brazil’s agricultural industry relies on last-century technology. There are innovative technologies being developed to produce laboratory-grown meat, for example. Will it be viable within a generation? It would have implications for the effort to reduce carbon emissions associated with livestock, in addition to having an economic impact on Brazil, where extensive farming is the norm. The country should be thinking more about these relevant issues.

What policies could increase the positive effects, and mitigate the negative impact, of new technologies?
We need to think of policies that can overcome hurdles and facilitate the dissemination of useful technologies to society. There is talk, for example, of using artificial intelligence and big data to expand access to health services and improve their quality. But there are several hurdles—sometimes institutional, sometimes regulatory, and other times technological. The same goes for negative effects. How can we create public policies that mitigate the negative impact of robotization, artificial intelligence, and machine learning on jobs? The advancement of these technologies is likely to require less human work in the future. Developed countries are beginning to think about how to guarantee income for people in a world where there may not be work for everyone. Another concern is the idea that this process may increase inequalities.

Why?
If it is true that machines and algorithms will perform all repetitive work and decrease the demand for this type of occupation, it means that robotization and artificial intelligence may be an instrument for concentration of income. What kind of policy can help with that? Richard Freeman, a researcher at Harvard University [United States], proposes different models of ownership of robots and machines, because owning them causes income to become concentrated and inequality to increase. This is another topic that we want to study.

How should the educational system change in response to the challenges of qualifying people in this new environment?
The requirements for entering the labor market change as new technologies emerge. There will be less demand for automatic work and more demand for creative work, which involves having a global view of what you do. The debate revolves around creating a more flexible educational system, aligned with fostering curiosity in students, that teaches them to seek the necessary information in order to develop something specific. There are schools in the United States where content is taught not in a compartmentalized way but tied to the execution of a concrete project. There is still little evidence regarding the effectiveness of this model. It is necessary to study which pedagogical models are effective toward training better-qualified professionals.

Is Brazil up to this challenge?
In Brazil, access to education has improved in the last 20 years, but its quality, as measured through international assessments, has not improved at the same speed—in fact, quite the opposite. We need to improve the quality of education—and I am referring here to traditional education. There is a challenge prior to that of incorporating technologies in education, which is making sure people learn to read, write, and do math. A recent survey by a nonprofit organization dedicated to math education yielded that half of all Brazilian students did not know how to find a mean. How is it possible to imagine a more innovative country if a huge number of people do not know how to add two numbers and divide them by two?

Precision medicine is still expensive. What will be the impact of this technology on people’s lives?
Precision medicine is basically using genetics to aid in the diagnosis and treatment of people. It is an incipient technology worldwide. It is still expensive, but it is at times like this, when everyone is trying to learn something, that windows of opportunity arise. Precision medicine has two biases. One is prevention, which means using genetic tests to identify population subgroups more prone to certain diseases and try to prevent them from developing such diseases. From this point of view, it can even reduce costs for healthcare systems. What drove the development of precision medicine in recent years was a decrease in the cost of tests, enabling the use of genetic information in clinical care. This is what is called precision medicine 1.0. And there is also what some researchers call 2.0, which is gene therapy. We are talking about removing cells from an individual, editing their DNA, and reinserting them back as a treatment—mainly for cancer, but for other diseases too. Gene therapy costs US$400,000 per patient, or more. But a few months ago, researchers from the University of São Paulo [Ribeirão Preto campus] developed a gene therapy technique for a terminal cancer patient and its cost was estimated at R$150,000—much lower than similar techniques used in the rest of the world. This illustrates how important it is to develop this type of technology, and the opportunities to do so.

What role does the interaction between universities and businesses play in the effort to increase the impact of science?
A huge one, because knowledge production––be it basic or applied research––is critical for the development of technology. It is said that Brazilian universities interact little with businesses, but that is not what the data show. Universities collaborate significantly with the private sector––they have a relevant role in knowledge production for innovation and will continue to do so. The issue is that, in order to innovate, the basic knowledge produced in universities is not enough. It is necessary to have an economic environment that stimulates innovation, and the Brazilian economy has little competition. Competition is the great engine of innovation. Without it, there is little reason to create new products or reduce costs. Brazil is not very innovative—not because Brazilian universities produce insufficient knowledge, but because we have a very bureaucratic business environment, and an economy that is still closed.

Has this problem been getting worse? In 2020, a new edition of the Brazilian Institute of Geography and Statistics (IBGE) Innovation Survey, PINTEC, will be released. What do you suppose will be the results?
Brazil’s economic environment has not worsened, nor has it improved. It is difficult to start or close a business, and this is critical for innovation because these barriers keep competition away. If it is difficult to obtain credit or a license to enter the market, this reduces the potential for new competitors, and established businesses are more comfortable. About PINTEC, innovation numbers for Brazil are likely to get worse, but that is because of the economic crisis. We have had low growth since 2014, and it is natural that businesses have cut investments, including in research and development. At the same time, there is a drastic reduction in federal investments in science and technology, which will impact Brazil’s economy and its capacity for innovation.

What kind of impact will that be?
Several studies have been carried out at IPEA and at universities showing the beneficial impacts of mechanisms that encourage innovation. Access to subsidies, subsidized credit, or tax incentives for innovation had a positive effect on investment in R&D among businesses. Without these incentives, we are likely to see a reduction in private investment. But there is another long-term impact that is more concerning. There is a generation of new researchers who are finishing their PhDs and have nowhere to work. No new professors are being hired by public universities, there are few private or public-private research institutions, and businesses are reducing their investments in research. Prospects are grim even for postdoctoral scholarships. I think we will have a generation of researchers that will either work in other areas or leave Brazil altogether. That is serious. We are letting go of talent that will be missed in the future. And it will be difficult to recover from that, because the training cycle of a researcher takes years to complete.

Can attracting private resources help?
This is another myth—believing that private resources will solve the problem of funding for science. Even North American universities, which receive the largest amount of resources for research from businesses, still only have 6% of their funding come from the private sector. For UNICAMP, for example, that number is 4% or 5%. Basic science and scientific research in universities depend fundamentally on public funding, even in the most liberal countries in the world (see Data section, page 93). Businesses are focused on product development. It is necessary to increase investments from businesses and fight the limitations related to Brazil’s economic environment.