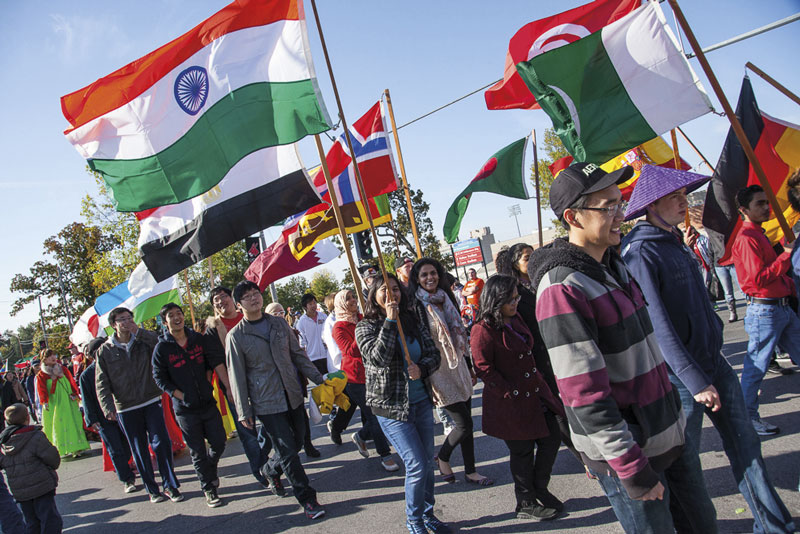 Foreign students attend an event at the University of Central Missouri

One year after US President Donald Trump implemented rules to reduce the number of immigrants in the country, leaders of US colleges and universities have complained that the measures, including more stringent visa requirements, are reducing the number of foreign students in educational institutions. A study released in November by the Institute of International Education (IIE) highlighted a 7% drop in the number of foreign students starting at US universities in the 2016–2017 school year. Of the 522 educational institutions surveyed, 45% reported a drop in foreign enrollments, particularly for students from China, India, and Brazil. In the 2016–2017 school year, foreign students contributed US$39.4 billion to the country, of which US$12.5 billion came from Chinese students and US$6.5 billion was from Indian students. In recent years, countries such as Canada and Australia have offered places to foreigners at lower costs than the United States. Trump’s anti-immigration policies have also accelerated the loss of students. “As you lose those students, tuition revenue is negatively impacted as well,” Michael Godard, acting dean of the University of Central Missouri, told The New York Times. The university has recorded a decline of more than 1,500 foreign students since 2016. Foreign students are charged double the enrollment fee paid by Americans, meaning the institution has missed out on US$14 million in the past year.