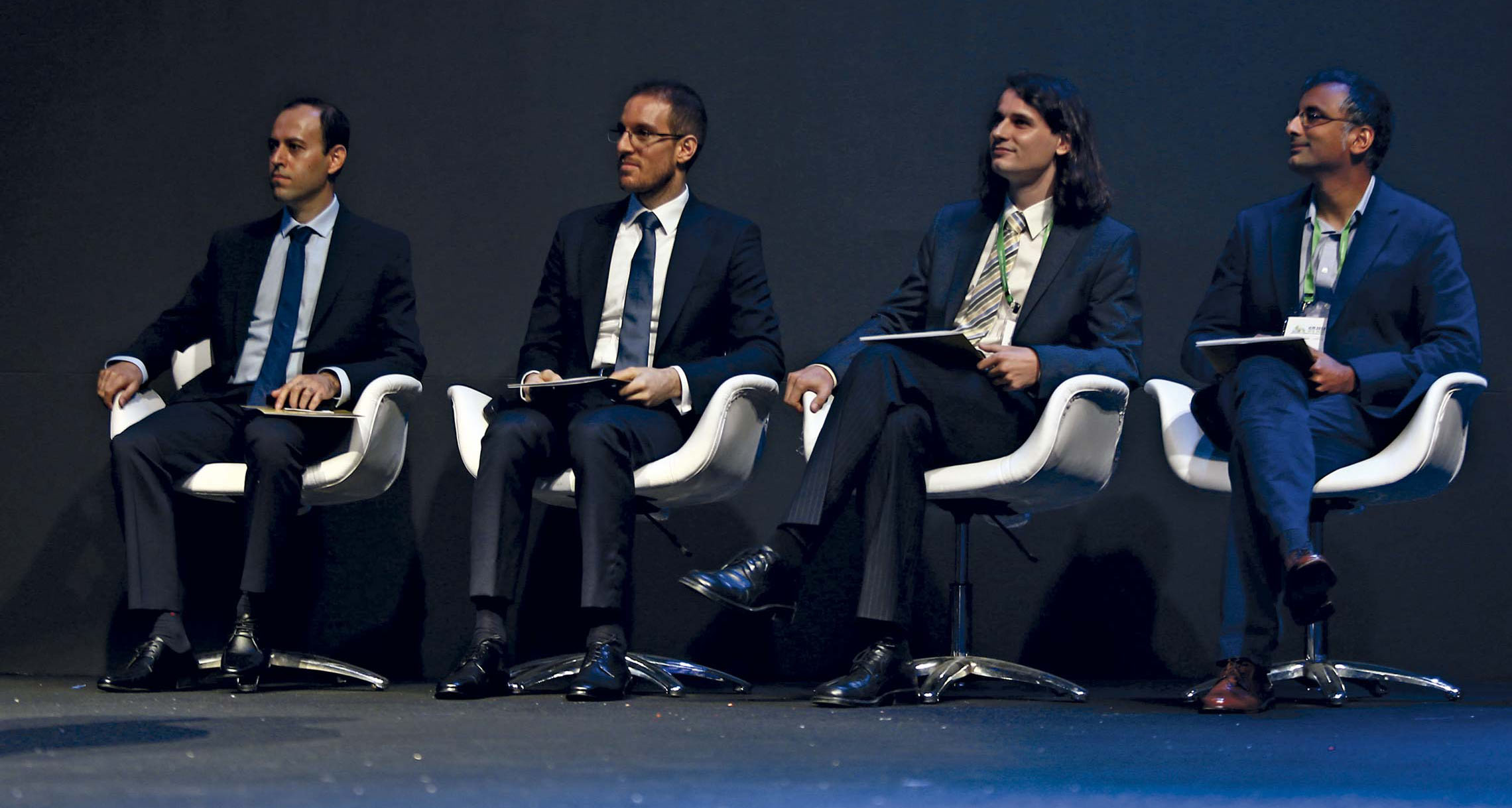 On August 1, four young researchers were presented with a Fields Medal—often described as the “Nobel Prize of mathematics”—during the opening ceremony at the International Congress of Mathematicians 2018, in Rio de Janeiro. The congress, the most important scientific event in the field, is held every four years in different cities around the world, and for the first time was hosted by a country in the Southern Hemisphere.

The 2018 awardees are UK-based Kurdish-Iranian Caucher Birkar, Italian Alessio Figalli, German Peter Scholze, and Indian-Australian Akshay Venkatesh. As an online Nature article noted, this was the first time in the prize’s 82-year history that none of the awardees were citizens of the United States or France—two countries that together have claimed nearly half of the medals to date.

Among the favorites for the Fields Medal this year was 38-year-old, Alagoas-born Fernando Codá Marques. For the last 10 years, Marques has worked on a series of important problems related to the geometry of surfaces drawn on curved objects, such as spheres and cylinders.

While Brazilian fans may have been disappointed, their German rivals were not the least surprised. Peter Scholze, 30, has been a favorite for the medal since 2014 for the surprising connections he has revealed between two areas of mathematics: geometry, which deals with the shapes of objects with various spatial dimensions, and number theory. His work is based on one of his creations, a new type of geometric form called a perfectoid space. The concept is based on sets of special numbers that are different from the real numbers used in everyday life and useful in solving certain mathematical equations with ordinary mathematics.

“Mathematics is an immensely vast field, of which each of us knows only a few small pieces,” Scholze said in a video shown at the ceremony. “Within those pieces I am familiar with there are so many problems that are still open—and that’s a good thing.”

The vastness of contemporary mathematics as described by Scholze can make it difficult to name medal winners. “It is impossible to master all areas of mathematics; two people working in different areas are often unable to understand each other’s language,” says Paolo Piccione, a mathematician from the University of São Paulo (USP) who attended the ceremony. Among the most awaited events at the congress are the lectures given by medal winners to explain their work to colleagues from other subfields. “The level is very high. Even getting a grasp of the contribution these researchers have made can be challenging.”

Caucher Birkar, 40, was born in a farming village in Kurdistan, Iran. He began to pursue his degree in mathematics at the University of Tehran, Iran, before applying for political asylum in the United Kingdom, where he acquired citizenship and currently works as a professor at Cambridge. “I am hoping the prize will put a little smile on the lips of 40 million people,” Birkar said, referring to the Kurds. Shortly after receiving the award, his medal, which he had left inside a briefcase on a table in the convention center, was stolen along with his wallet. He was given a new medal three days after the theft.

Mathematical connections
Like Scholze’s work, Birkar’s research relates to solutions to certain types of equations—polynomial equations—using specific geometric shapes, called “algebraic varieties.” Birkar says mathematicians solve problems like a tourist who first visits a city on foot, exploring its different streets and buildings, then flies over that city and notices how the different buildings connect with one another.

“Breakthroughs in mathematics occur when one is able to abstract a problem differently and so see the bigger picture,” says Piccione. “It is difficult to progress on a problem using the same techniques that other mathematicians have tried in the past for the same question. We advance when we make connections between different theories that allow us to see the problem from a novel perspective.”

Akshay Venkatesh, a 36-year-old, Indian-born Australian, also earned his medal for having discovered connections between different areas of mathematics. One of his most important papers, published out of Stanford, shows how studying the motion of confined particles can help to understand number theory, the branch of mathematics that deals with whole numbers.

Italian Alessio Figalli, 34, a researcher at the Swiss Federal Institute of Technology (ETH), deals with the relatively more practical problem of optimized transport: finding the most cost- and energy-efficient way of moving a material from one place to another. The mathematical equations used in this engineering problem can also be used to model physical processes, such as the formation of crystals or clouds in the sky. Figalli recently identified a general property of solutions to equations used in meteorology to describe the movement of air fronts.

The Fields Medal was created by Canadian John Charles Fields in 1936. Since then, Fields medals have been awarded every four years to at least two and at most four mathematicians under the age of 40. The prize recognizes awardees for the outstanding impact they have had in their fields of research. Medalists are selected by a special commission composed of a dozen highly reputed mathematicians, many of them prior-year medalists themselves. The 2014 edition was the first to award a Fields Medal to a woman, the Iranian Maryam Mirzakhani, who died in 2017 at the age of 40. It also awarded the first and only medal ever given to a Brazilian mathematician, Rio de Janeiro–born Artur Avila.