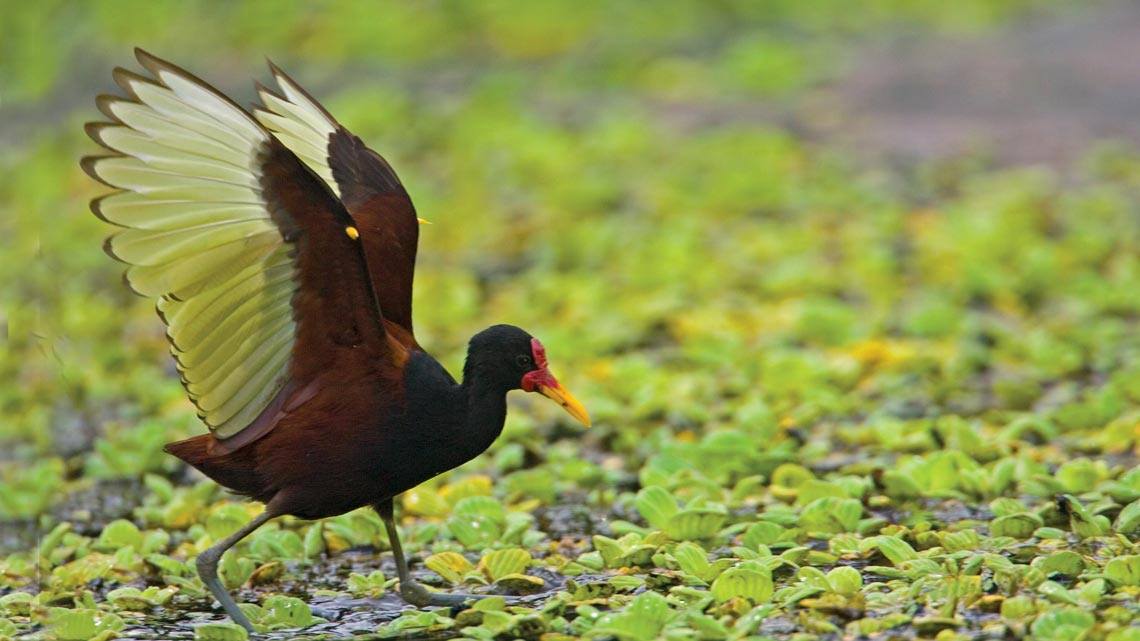 A wattled jacana walks among aquatic plants, showing its spurs at the top of its wings

The ability of birds to fly seems incompatible with the ability to attack and defend using spurs, a bony protuberance that grows continuously at the base of the legs or on the front of their wings. “These spurs were probably lost because of flight,” says Alexandre Palaoro, a biologist who specializes in fighting between animals and is currently doing a postdoctoral fellowship at Clemson University in South Carolina, USA. According to the researcher, the structures used in fights are heavy and would increase energy consumption during flight, which is already a very energy intensive activity. Palaoro and João Menezes, a biologist from the University of Massachusetts Amherst, USA, examined the descriptions of 9,993 bird species, analyzed by mathematical modeling and evolutionary tests, and found that 171 had spurs: 118 had them on their legs and 53 on their wings (Ecology Letters, February 24). The conclusion was that species that make long flights, such as those in the Passeriforme order, do not usually have spurs. “Among extant species, those with spurs tend to make shorter and less frequent flights,” says Menezes. Examples in Brazil include the southern lapwing (Vanellus chilensis) and the wattled jacana (Jacana jacana), whose discreet spurs at the tips of the wings seem more like an adornment than a weapon.