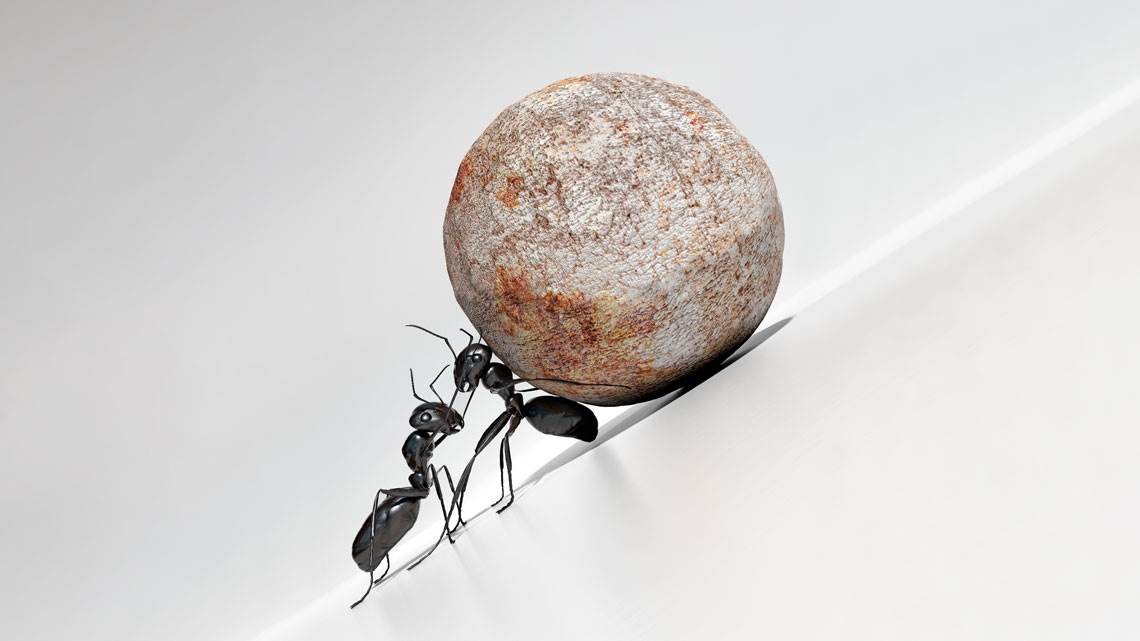 Two economists with the Institute for Applied Economic Research (IPEA) analyzed the reasons behind why the economic subsidy program promoted by the Brazilian Funding Authority for Studies and Projects (FINEP) has only marginally affected the pace of innovation in Brazil. Launched in 2006, this support program proposes to invest nonrefundable government funds—that is, funds that do not need to be repaid—in research and development (R&D) projects developed by innovative companies. Its objective is to promote high-risk technology initiatives in the private sector.

The study, performed by Graziela Zucoloto and Priscila Koeller, of IPEA’s Center for Research in Science, Technology and Society, shows that the program suffered from inconsistent funding. Virtually no investments were made between 2014 and 2019 (see chart). FINEP resumed granting subsidies during the pandemic, but was unable to impact enterprising, large-scale ventures. This ineffectiveness was the result of less time allotted to project implementation, fewer resources for each venture, and lower counterpart percentages provided by the companies.

For the study, the researchers split their analysis into two periods (2012–2015 and 2016–2020), corresponding to the latest National Strategies for Science, Technology, and Innovation (ENCTI). During the first period, between 2012 and 2015, the program offered an average annual total of R$266.8 million, which had a considerable positive impact, breaking the industry-academia barrier and boosting patent filings. However, this scenario has deteriorated in recent years. The average annual total provided between 2016 and 2020 dropped 65%, compared to the previous period, totaling only R$93.3 million. This plunge was mainly caused by successive freezes placed on funding for the National Fund for Scientific and Technological Development—FNDCT (see Pesquisa FAPESP nº 304). The FNDCT is sustained by revenue from various economic sectors—such as oil, energy, healthcare, and biotechnology—which is consolidated in the Sectoral Funds for Science and Technology. It is the federal government’s primary tool for funding research and innovation and is responsible for funding FINEP’s programs. “With the recurrent freezes placed on its funding and the option to allocate existing funds to other areas, the subsidy lost its investment potential,” explains Zucoloto.

During the second period analyzed in the study, there was an increase in the number of projects supported, mainly driven by the release of funding for technology related to COVID-19. In 2020, FINEP nearly relaunched the program, granting R$271.2 million to 191 projects of this nature—this was the largest subsidy managed by the agency since 2016. One project resulted in low-cost COVID-19 tests. Developed by Bioensaios, a company established in Paraíba, Brazil, the device is made from silica and achieved results equivalent to those of the RT-PCR, which is the gold standard for COVID-19 diagnosis. Another project, carried out by the company Plasmar Indústria Metalúrgica, located in Rio Grande do Sul, Brazil, produced antimicrobial masks capable of filtering up to 95% of airborne particles, decreasing viral load and the risk of contagion.

According to the economist and political scientist Luis Fernandes, of the Institute of International Relations at the Pontifical Catholic University of Rio de Janeiro (IRI-PUC-RJ), while the funds allocated to address COVID-19 were welcome, they were limited to incremental innovations—and not structural innovations as expected from the projects supported by this program. “I understand FINEP’s managers,” says Fernandes, who led the agency from 2007 to 2011. “Faced with limited funds, they used the pandemic to bolster the subsidy, but given the short-term nature of this action, the projects will not meet the country’s need for innovation.”

According to Zucoloto, the trend emerging in recent years seems to have perpetuated old issues. One of which concerns the average time allotted for project implementation, which dipped from fifty-three to twenty-four months in the last ten years. This phenomenon has concerned researchers for some time. “Considering that the subsidy aims to support high-risk technology projects that would not be viable without federal funding, one must wonder whether two years is enough to develop high-impact innovations, capable of meeting the country’s interests,” remarks Koeller. Roberto Bernardes, a professor for the Graduate Program in Business Administration at the Inaciana Padre Sabóia de Medeiros Educational Foundation (ESAN/FEI) and a specialist in the strategic management of digital innovation and transformation, claims that the average timeframe for a radical innovation project is approximately five years, depending on the level of scientific innovation and technological complexity, and the degree of uncertainty involved. “Two years is insufficient to advance high-risk innovations.” Gianna Sagazio, the Innovation Director at the Brazilian National Confederation of Industry (CNI), highlights that an innovation’s impact cannot be estimated based on the project’s implementation time. “Data provided by IPEA, however, indicates that Brazil has no prospect of perennial, long-term government support for high-risk corporate R&D activities, which is alarming.”

According to Domitila Santos Bahia, an economist at the São Paulo School of Politics, Economics and Business at the Federal University of São Paulo (EPPEN-UNIFESP), “the results suggest that the subsidy will be used to replace private investments in incremental innovations, which is often useful for the company but does not necessarily address the country’s challenges.” According to Fernandes, however, it is important that the data be analyzed considering the current economic context. “Large companies are investing less in R&D, given the political and economic uncertainty in recent years in Brazil, while small and medium-sized companies suffer from low domestic demand and investment capacity. With FINEP investing less, we expect that the companies will also provide less counterpart funding,” states the economist, in reference to the claim that the companies themselves invest in projects funded by the agency.

One of the subsidy’s objectives is to encourage companies to invest their own funds in high-risk technological ventures. “The idea is that government support will solely cover expenses related to R&D activities, while the companies cover all other project costs through counterpart funding. This enables companies to share innovation risks with the government.” However, according to IPEA’s study, companies are proportionally investing less of their own money into this type of project. The subsidy achieved this objective with relative success between 2012 and 2015, when counterpart funding reached 107.6% of the amount granted by FINEP. “Between 2016 and 2020, this percentage plummeted to 42.3%,” highlights Koeller. “In other words, the business sector began investing proportionally less of its own money in its projects, particularly from 2016 onwards,” concludes Zucoloto. Gianna Sagazio, of CNI, notes that subsidized companies are required to provide counterpart funding at a minimum level defined by the calls for proposals. “In a scenario where subsidy resources are limited, it is possible that companies are basically offering the minimum amount required in public notices for counterpart funding,” she states.

The past decade has also been marked by changes in the size of subsidized companies. Participation by micro and small enterprises, in relation to the total value of projects being funded, more than doubled from one period to the next, jumping from 14.9% between 2012 and 2015 to 41.6% between 2016 and 2020. Previous studies have already called attention to this phenomenon. A study published in 2012 by IPEA economist José Mauro de Morais, analyzed the average values of subsidized projects, noting similarities between the amounts received by companies of various sizes—proportionally, the amounts received by small enterprises, in relation to their invoicing, were higher than those of large companies. “The thing is, large companies should supposedly be more capable of developing innovations with greater impact,” comments Zucoloto.

Channeling resources to small companies is not inherently bad, according to Fernandes. “Countless innovations come from small technology-based companies, many of which are later incorporated by larger companies,” he notes. The main issue, according to Domitila Bahia, is the failure to correlate the degree of government funding and the project’s technological risk. “When low-risk activities are heavily subsidized, public investments will likely be favored over private. This also causes funds to be spread thin over many small-scale projects and decreases the ability to impose structural changes,” she stresses. “Risk assessment would minimize this effect, as less ambitious projects would receive less funding,” adds Koeller.

According to Sérgio Salles-Filho, coordinator of the Laboratory for Studies on the Organization of Research & Innovation at the University of Campinas (GEOPI-UNICAMP), the subsidy program’s funds are insufficient for leveraging impactful innovations by large companies. “The average total granted by FINEP per project, between 2005 and 2015, according to data from a FINEP survey, was approximately R$1.7 million. This is far too little to make a difference in a large company’s R&D activities, despite being able to help small companies invest in developments that enable them to create new business models, to facilitate specific aspects of their production process, to leverage new technology, etc.,” says the researcher. He adds: “It’s one thing to develop technology, it’s another to transform it into goods and services, which, invariably, requires investments and efforts involving so-called complementary assets.”

According to the FINEP researcher, there is a structural problem in Brazil’s innovation process. “It’s not just about the lack of money,” says Salles-Filho, highlighting that Brazil is one of the most closed economies in the world, based on the export of low-tech goods. “Most Brazilian companies focus on the domestic market. Few operate in the global market in industries subject to international competition,” he comments. “There is no pressure for them to develop competitive advantages that require systematic investments in R&D, regardless of the amount of money they are given. There is no structural springboard for innovation.”

According to the study’s authors, this scenario serves as a warning for coming years. With the introduction of Complementary Law no. 177, approved by the National Congress in 2021, the Brazilian government is prohibited from placing new contingencies on the FNDCT’s funds. The subsidy should experience an increase in revenue, enabling investments in more projects. However, there is a risk of the program continuing to disjointedly fund low-risk technological activities. According to Roberto Bernardes, of the FEI, programs such as FINEP’s subsidy program must focus on radical innovations and improving project management mechanisms to better their results. “This is only feasible with ample resources and long-term structural projects, capable of coordinating different sized companies from various industries, universities, and research institutions to pursue the same strategic objective, as exemplified in the past with the National Alcohol Program (PROALCOOL),” he states. Sagazio clarifies that the CNI has been coordinating with entities in the science, technology, and innovation sphere, including the Brazilian Ministry of Science, Technology, and Innovation (MCTI) and FINEP, to ensure that the subsidy’s funds are properly allocated to high-impact technological projects. “In order to implement mission-oriented policies, as other countries have done, we must define investment guidelines, priority areas, or niches of excellence.”