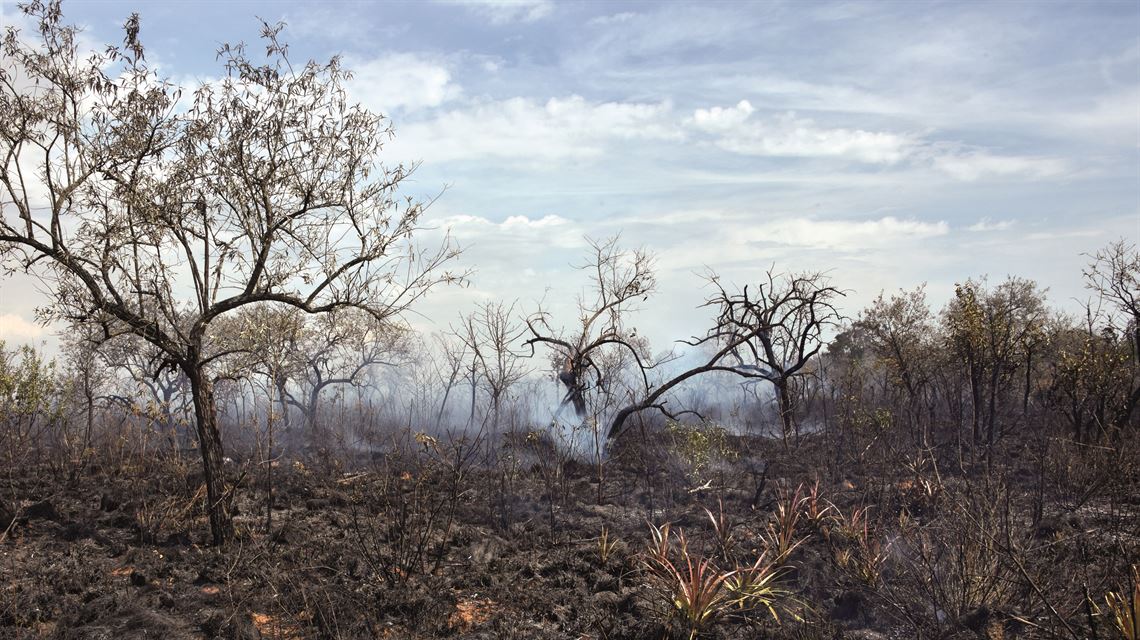 Between 2015 and 2017, a group of ecologists and biologists would leave during the winter, shortly before the height of the dry season, for the Santa Bárbara Ecological Station. Located in the state of São Paulo, it was an area of 2,715 hectares of preserved Cerrado, a type of wooded savannah in central Brazil. They had an unusual mission: to start small controlled fires in specific areas of this conservation site and record the impact on the biodiversity of local plants and animals. This work was motivated by a previous study done in the same region, which had pointed toward losses in diversity due to three decades of fire suppression. Open Cerrado fields and their peculiar fauna were also disappearing. The main results of the burning experiment were published on February 19th in an article for the scientific journal Frontiers in Forests and Global Change.

The findings suggest that fires are beneficial for flora, as the plants sprout quickly once the fire is out. Among the plant groups that benefited the most from the fires, there was even a slight increase in biodiversity. Before the fires, researchers counted 38 species of grasses and 68 species of herbs. Afterward, those numbers rose to 44 and 74, respectively. This indicates that the fire makes way for new plant species from these two groups to grow in the Cerrado. Three other plant groups were also analyzed: subshrubs, shrubs, and trees, who benefited the least from the fires. The impact of the fires on the fauna was practically neutral, as if nothing had happened. Most animal groups had no significant reduction in the number of species or in the size of their populations in the areas studied.

Frogs were an exception. The number of species and the size of their populations were slightly reduced in open areas of the Cerrado after the fires. There were 13 species before the fires and 9 after. However, further studies, which are still ongoing, indicate that this result may be atypical. According to the researchers, any negative effects of the fires on amphibians tend to be reversed over time. The other groups that were analyzed (ants, lizards, birds, and small mammals) saw no significant changes. “Generally speaking, we can say that fires are good for the plants of the Cerrado and have no significant negative effect on the animals, which are evolutionarily adapted to sporadic fires,” summarizes forest engineer Giselda Durigan, from the Laboratory of Ecology and Hydrology of the Forestry Institute of the State of São Paulo, who coordinated the study. The total numbers of plant and animal species before and after the fires were remarkably similar—435 and 423, respectively (see table opposite).

There is currently no consensus among biologists about the use of fire to maintain biodiversity in this biome. “I have witnessed several natural fires in Cerrado areas and seen flocks of southern crested caracara birds feeding on the carcasses of animals killed by the flames or by smoke inhalation,” shares zoologist Célio Haddad, from the Rio Claro campus of São Paulo State University (UNESP). “The simple act of observing the behavior of animals in the wild can cause them stress and disturb them. Imagine the impact of incinerating their habitat, even in a controlled manner?” Haddad believes the Cerrado preservation units should allow vegetation to grow naturally, without the interference of man-made fires. “The current biodiversity of this biome has already been totally modified by human action,” states the zoologist.

The authors of the Santa Bárbara study disagree with their critics. They claim that suppressing fires in Cerrado conservation units leads to the thickening of the vegetation, causing the extinction of many species and the occurrence of larger fires, which are indeed harmful. “Fires are necessary in order to periodically eliminate from the population some ill-adapted individuals such that the species maintains the characteristics that make it fire adapted,” says Durigan.

Unlike the Amazon, a biome with a much more humid climate and denser forest-type vegetation, the Cerrado ecosystem forms in areas subject to prolonged dry seasons and has predominantly low vegetation, such as grasses, herbs, and fire-adapted shrubs. There are a few formations that are slightly denser and have more trees, which are typical of transition zones between the Cerrado and neighboring forests, such as the so-called cerradão (forest-like areas within the Cerrado). At the Santa Bárbara Ecological Station, average annual rainfall ranges from 1,100 to 1,300 millimeters (mm), of which 75% falls between October and May. “Due to a higher frequency of rainfall there, the Amazon has no natural fires. The fires that do occur are always man-made,” explains Durigan. “In the drier Cerrado, sporadic fires have always been part of the ecosystem.”

The small controlled fires were caused only once a year in three areas of the conservation unit that, before the experiment, had no fires for three decades. On average, the fires lasted about two hours. Each area contained smaller fragments that represented the main types of plant formation associated with the Cerrado: Cerrado fields, practically containing only grasses, herbs, and subshrubs, punctuated by sparse trees; the most typical Cerrado—or sensu stricto—made up of low, thin, and twisted trees on a grass carpet; and the cerradão, which resembles a forest.

The fires were always set around 10 a.m., provided that certain safety weather conditions were met, such as temperature below 25 degrees Celsius, relative humidity between 45% and 80%, and wind speed lower than 5 kilometers (km) per hour. In 2015, the area that was burned reached just over 35 hectares, about half of the area burned in 2016 and 2017. “We were unable to start the fires in the cerradão fragments, which are denser and less flammable than the open fields,” shares ecologist Márcio Martins, from the Institute of Biosciences at the University of São Paulo (IB-USP), a coauthor of the study. Therefore, the data do not include the impact of fires on plants and animals of the cerradão. 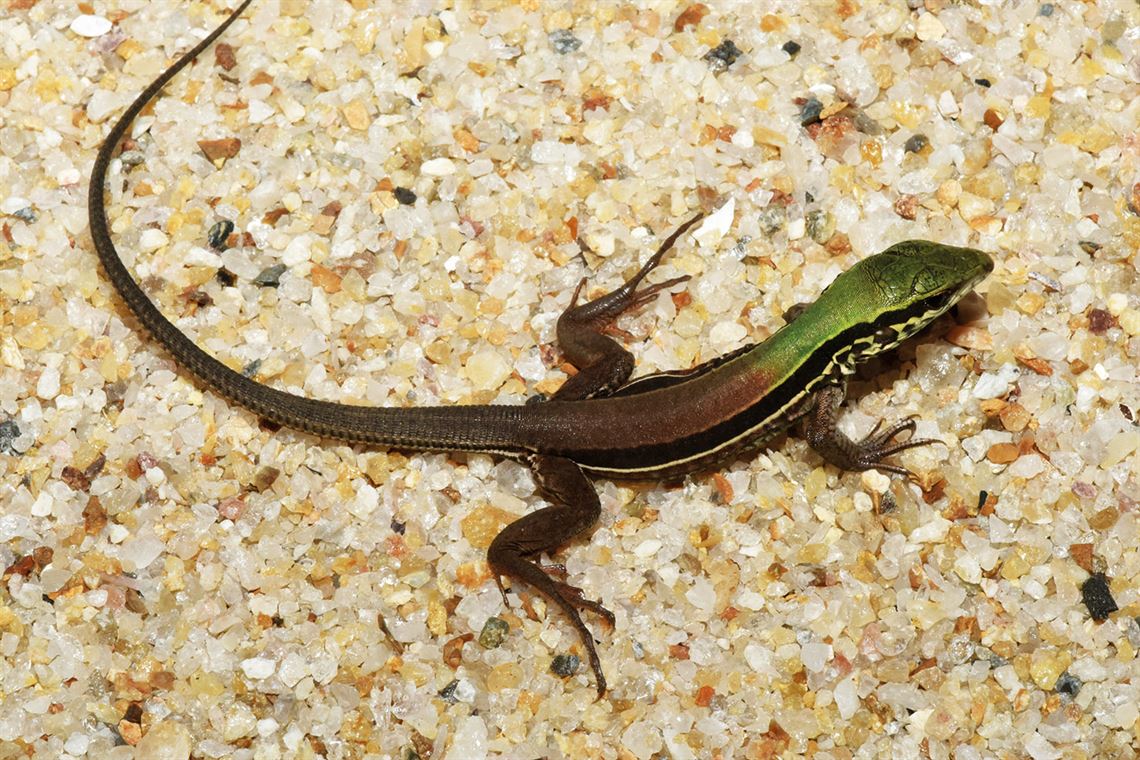 In this type of comparative study, the ideal course of action is to document the plants and animals that were present in the same fragment of the biome before and after its vegetation is burned. This was the approach adopted for the assessments that involved all plant species and ants. For the other animal groups (birds, small mammals, frogs, and lizards), the researchers compared biodiversity and the number of individuals of each species in other fragments of Cerrado fields and Cerrado sensu stricto that had experienced fires, as well as in adjacent sections within the studied areas that had not been burned, and which had exactly the same type of vegetation.

But does the fire really not kill the animals? This was the question that all experiment participants had to answer when mentioning their work to laypeople or even academic colleagues. “If the animals do not hide, it does kill them. We found a few cockroaches, grasshoppers, and even snakes that had been killed. But the mortality rate is very low when compared to the number of animals that live in the area. In practice, it is as if the fire had no effect whatsoever on the animals,” states Martins, who analyzed the impact of fires on frog and lizard populations. Small fauna avoids direct contact with the heat of the flames by seeking protection in burrows and holes made by rats, armadillos, and ants. These natural fauna hideouts are quite common, especially in the sandy soil of the open vegetation areas of the ecological station. “It is not like the ants leave the area and then return to it once the fire is out,” explains biologist Heraldo Vasconcelos, from the Federal University of Uberlândia (UFU), who studied the biodiversity of this animal group at the ecological station. “They burrow and stay put, waiting for the fire to end.” 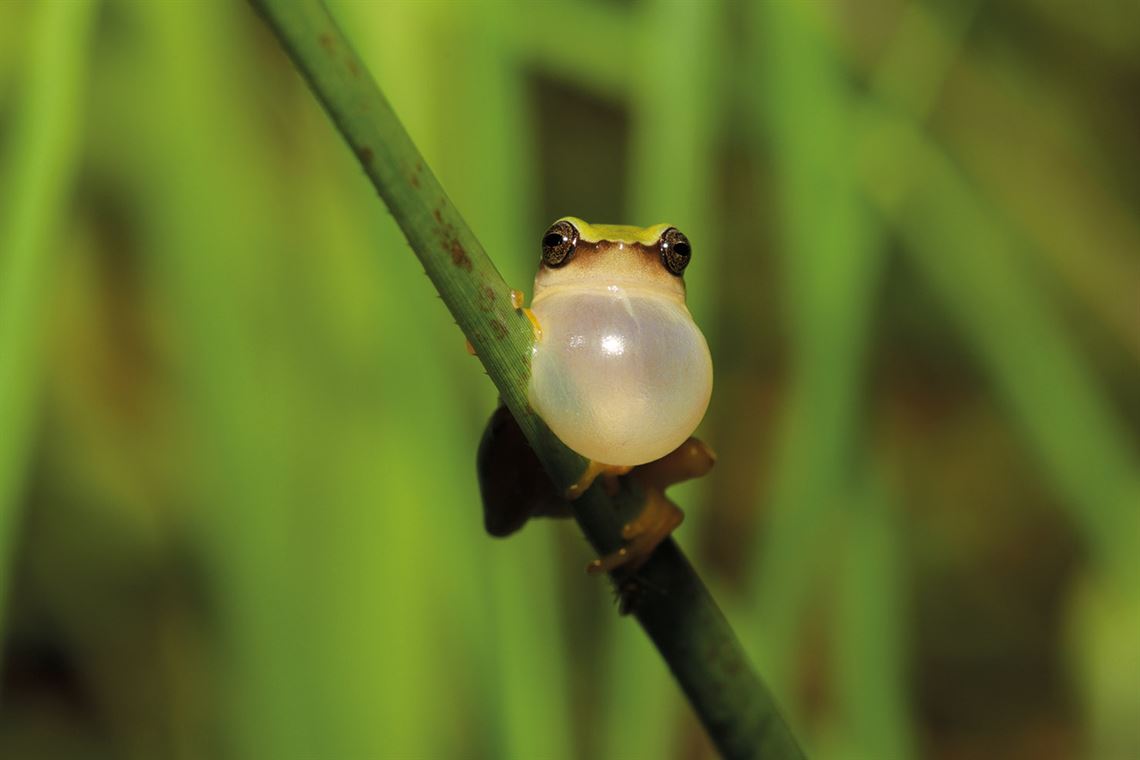 According to the study, this appears to be the standard reaction to fire exhibited by most of the animal groups studied, such as small mammals, including nine species of rodents, marsupials, and armadillos in the studied areas of the ecological station. Larger mammals, such as the gray brocket and the giant anteater, live in more extensive stretches of the Cerrado than those analyzed in the study. Therefore, the impact of the fires on these animals was not part of the analysis. “The mammals we studied weighed between 5 and 50 grams,” explains zoologist Ana Paula Carmignotto, from the Federal University of São Carlos (UFSCar) and who also coauthored the paper.

Critics of controlled fires fear that they could get out of control and cause unwanted damage to the fauna and flora of the biome. “If done well, fire management is beneficial for species from open areas. It is still difficult to convince park and reserve administrators in the Cerrado of the importance of this practice,” says Carmignotto. Emas National Park, in the state of Goiás, and the Serra Geral do Tocantins Ecological Station, located between the states of Tocantins and Bahia, are two of the conservation units in Cerrado areas that have regularly adopted this management practice.