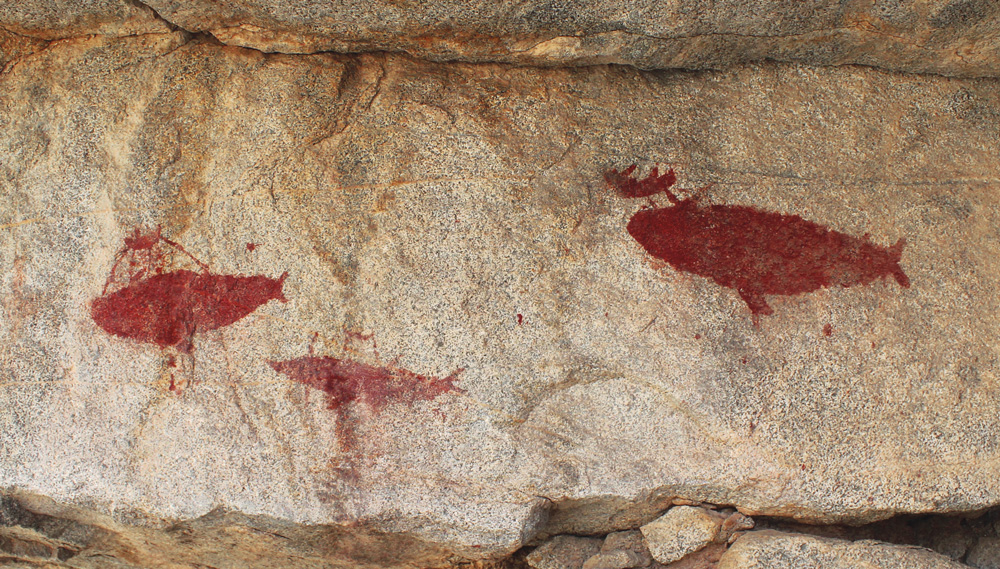 Whale-hunting scene discovered in the Izcuña ravine, painted about 1,500 years ago

The people who inhabited the northern coast of Chile before European colonization may have been skilled fishermen and marine hunters, venturing out to sea alone on small rafts, armed with harpoons to hunt whales, swordfish, and sharks, or to capture sea lions and turtles. “This was probably a solitary practice carried out by only the fittest individuals,” says Chilean archaeologist Benjamín Ballester, a researcher at Pantheon-Sorbonne University in Paris, France. He reached this conclusion after analyzing archaeological material collected by other researchers and examining 328 paintings recently discovered in the El Médano region of northern Chile, between the cities of Antofagasta and El Paposo. The images are painted on 24 blocks of rock across a 5-kilometer section of the Izcuña ravine, a channel carved by water that stretches from the foothills to the coastal plains. The most common paintings are simple silhouettes of fish, as well as rafts and hunting scenes. There are very few depictions of human figures. In the fishing scenes, they appear alone on rafts and the prey is almost always larger than the boat (Antiquity, February). “This style intentionally portrays the prey as the protagonist, further evidenced by the detailed representations of their anatomy and physiology,” writes Ballester. The paintings date back 1,500 years.