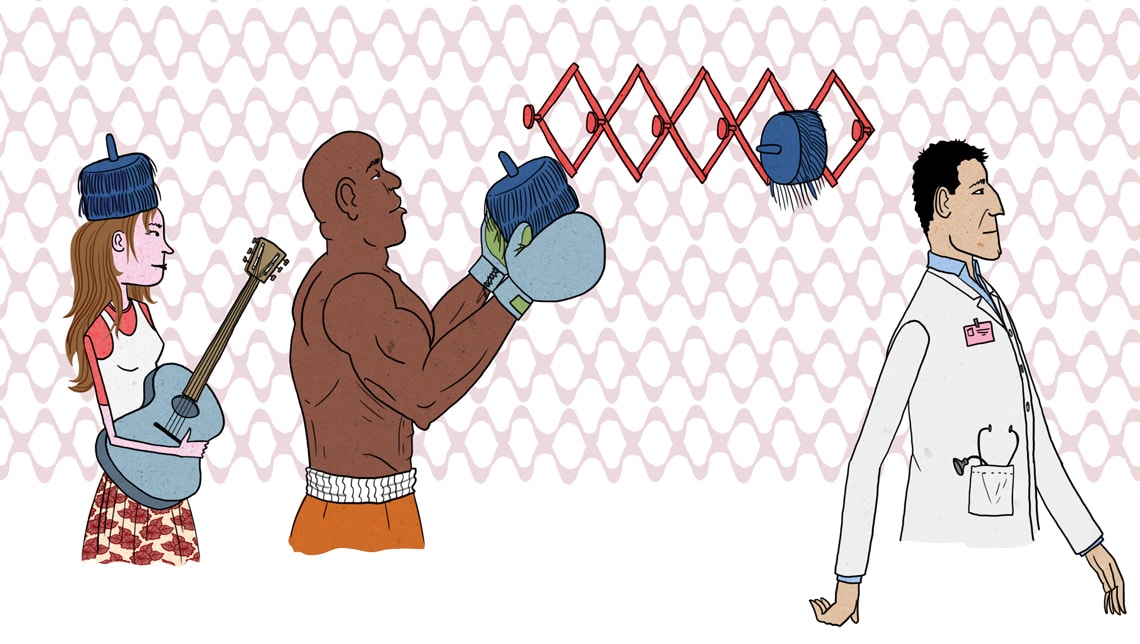 The honoris causa doctorate, an honorary degree awarded by Brazilian higher education institutions for almost 100 years, dates back to the emergence of Europe’s first universities. “In 1478 or 1479, the University of Oxford, UK, granted the title to English bishop Lionel Woodville, an expert in canon law, a university dean, and rector of the Cathedral Church of Saint Peter in Exeter,” says Francisco Queiroz, professor of the history of science at the School of Philosophy, Languages, Literature, and Human Sciences at the University of São Paulo (FFLCH-USP).

These universities, initially linked to the Catholic Church, awarded the honor in recognition of academic contributions made by theologians and philosophers at the time. From the eighteenth century onward, after the Napoleonic higher education reforms, the title began to be granted to people outside academia. In Latin, honoris causa literally means “for the sake of honor.” The title is given to people who have made special achievements in their field (not necessarily in academia) and is not related to their level of education. “In general, those who receive honorary degrees have already been recognized by society for their work,” says Queiroz. The list of honorees around the world includes writer José Saramago (1922–2010), actress Meryl Streep, boxer Muhammad Ali (1942–2016), and scientist Albert Einstein (1879–1955).

There are no regulations for the granting of honoris causa doctorates. Each university decides for itself on what basis to award the title. In Brazil, the first such degrees were granted in 1921 by the newly founded University of Brazil, which is now the Federal University of Rio de Janeiro (UFRJ), given to renowned Argentine physician Gregorio Araoz Alfaro (1870–1955) and philosopher and dean of the University of Mexico, Antonio Caso Andrade (1883–1946), among others.

“Highly regarded Brazilian and foreign personalities are nominated based on suggestions and discussions by a school or department, which then files an application for the honor to be granted,” explains Denise Pires de Carvalho, dean of UFRJ. After consideration by the department’s advisory council or board, the request is then scrutinized by the institution’s highest governing body—known in Brazil as a university council—which is responsible for making a final decision and awarding the title. Throughout UFRJ’s history, roughly 350 such honors have been awarded, the most recent granted to Brazilian-Congolese anthropologist Kabengele Munanga in June this year for his work on racial discrimination, multiculturalism, and ethnoracial relations in Brazilian education.

Progress in Brazil
At USP, honoris causa doctorates have been awarded since 1934, the same year the university was established. According to the institution’s bylaws, the aim is to recognize people who have made a remarkable contribution to the advancement of science, literature, or the arts, who have benefited humanity or the country, or who have provided outstanding services to the university. With 117 titles granted to date, the rate at which the honor is awarded has slowed in recent decades. “This is due to new guidelines established by the university in the late 1980s that instituted various stages of the approval process,” explains Pedro Vitoriano de Oliveira, secretary-general of USP’s university council. “The number of honors awarded was highest in the 1950s, when approximately 40 titles were given out.” The most recent was in 2008, honoring American biologist Oliver Smithies, who won the Nobel Prize in Physiology or Medicine a year earlier.

The Federal University of Rio Grande do Sul (UFRGS) has honored more than 80 recipients, including educator Paulo Freire (1921–1997) and singer Elza Soares. “Granting an honorary degree has to be taken very seriously, because those selected become part of the institution’s history,” says Rosemeri Antunes dos Santos, secretary of UFRGS’s university council. As a result, all nominations are submitted to internal bodies for review and a special committee that reports on the process underlines the importance of the honor. The initial phase is the longest, and can last for several months. Since university councils only look at proposals that have been approved by the board of the requesting department, the process from nomination to approval takes an average of 120 days. “After a nomination has been approved, the university bestows the title at a formal ceremony,” she explains.

Clarice Garcia Borges Demétrio, a professor from the Exact Sciences Department of the Luiz de Queiroz College of Agriculture (ESALQ-USP), was given the title of Doctor Honoris Causa by Hasselt University in Belgium for her work in teaching. The honor, presented by the dean of the institution in May this year, was awarded in recognition of her significant contributions to scientific collaboration between Brazil and Belgium. “Receiving the letter about the honor, signed by the dean, was a wonderful surprise,” says Demétrio, who since 2007 has been teaching the Design of Agricultural Experiments undergraduate course, which focuses on planning, experimentation, and data analysis in agriculture and receives 16 students from Africa, Asia, and Central America every year.

How the title is granted, step by step

1. A dossier on the honoree’s career and documents demonstrating the reason for the nomination are presented by a school or department to its governing body
2. If approved, the request is forwarded to the university council for deliberation. At some universities, the dean is also involved in the final decision
3. After assessment and approval, a formal title ceremony is arranged