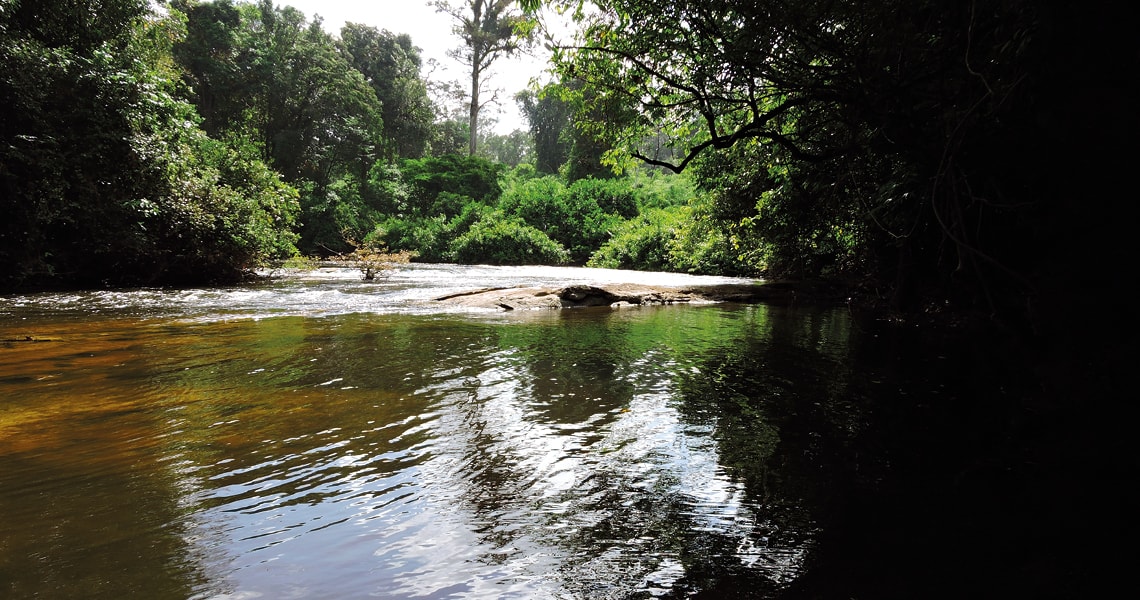 Some protected areas of the Amazon, such as the Amapá National Forest, received less than US$1 per km2

The Brazilian government invested just over US$297 million into the maintenance of environmental conservation areas between 2013 and 2016. But the funding was not distributed evenly. In some conservation units in the Amazon, less than US$1 was invested per square kilometer (km2), while others, such as the Restinga de Cabedelo National Forest in João Pessoa, Paraíba, received as much as US$390,000 per km2. In a study published in the journal Land Use Policy in July, Brazilian researchers found that average annual government spending on conservation units management is related to their size and age, as well as the population density and human development index (HDI) of surrounding regions.

Coordinated by geographer José Maria Cardoso da Silva, from the Department of Geography and Regional Studies at the University of Miami, USA, and chemical engineer Alan Cavalcanti da Cunha, from the Tropical Biodiversity Graduate Program at the Federal University of Amapá (UNIFAP), the study was based on a comprehensive and detailed survey of the funding distributed by the Chico Mendes Institute for Biodiversity Conservation (ICMBio), which manages 289 protected areas, comprising 743,000 km2 of native vegetation across Brazil. The group used data from ICMBio and the Amazon Protected Areas Program (ARPA), which was created in 2002 to help preserve the Amazon rainforest by creating new conservation areas. They also used the Brazilian government’s transparency website to gather information on staff expenses at the units evaluated. They then cross-referenced this data and analyzed the public spending distribution patterns for each state from 2013 to 2016.

They found that the government spent an average of US$74.8 million per year maintaining the 289 conservation units. As the exchange rate varied over the period studied, the researchers used an average rate of R$3.25 to the dollar. “More than half of this amount was spent on employee salaries and bonuses,” explains Cunha. “The rest went on oversight, land demarcation, and equipment, among other expenses.” The total amount invested by the government represented an annual average of about US$100 per km2, below previous years, when it was about US$140 per km2.

The authors suspect that the declining investment is a result of two factors. One is the fact that Brazil has expanded its conservation system at a faster rate than it has increased ICMBio’s budget, which according to Cunha, chose to prioritize older, better-established areas. The other is the economic crisis that Brazil has been suffering since 2015, which has led to government spending cuts in many sectors, including environmental conservation.

Federal spending also varied from one conservation unit to another according to their size and age, and the population density and HDI of nearby cities. “The units classed as small (between 0.89 km2 and 80 km2), new, and with less populated cities nearby received US$0.30–44.50 per km2, while those classed as medium or large (between 603 km2 and 38,600 km2), old, and with more populous nearby cities with higher HDIs received more funding, at US$314–394,200 per km2 in the period studied,” says Cunha.

He explains that the denser the surrounding urban areas, the greater the risk that protected vegetation will degrade, meaning more federal funding is needed. Nearby cities with high HDIs, meanwhile, generally indicate better health, education, and income among the local population. “These factors lead to greater environmental awareness and appreciation, and as a result, greater pressure for investment in nearby areas.”

The study found that fully protected areas tend to receive more funding than multiuse areas. This is because while the former generally only allow research and a small number of recreational and educational activities, the latter are usually more open to sustainable exploitation of their biodiversity through ecological tourism and traditional extractive activities. “Multiuse protection units receive less investment because they have alternative economic options,” explains Cunha. As a result, the local population itself acts as a supervisory body. “Local residents help conserve and protect these ecosystems because they understand their importance to the region from both an environmental and economic point of view.” This is not the case with fully protected areas, which is why they need more funding.

According to biologist Ramon Felipe Bicudo da Silva, from the Center for Environmental Studies and Research at the University of Campinas (UNICAMP), who did not participate in the study, the differences in national spending between protected areas are at least partly to be expected. “In a country like Brazil, which is so huge and heterogeneous in terms of biodiversity and socioeconomic and cultural conditions, the challenges and demands of each conservation unit vary widely,” he says.

However, he points out that the factors identified by the researchers explain only a third of the total expenditure between 2013 and 2016. “We cannot rule out the possibility that other variables, including political and economic interests, may also be behind the differences in how financial resources are allocated across the country.” He says that understanding how and why funds are distributed among protected areas can help make public spending more transparent. “This tends to help ensure better environmental policies and governance, with better conservation outcomes.”