Crisis leads to drop in formal employment in engineering; percentage of women rises; for those with a master’s or PhD, growth continued until 2018 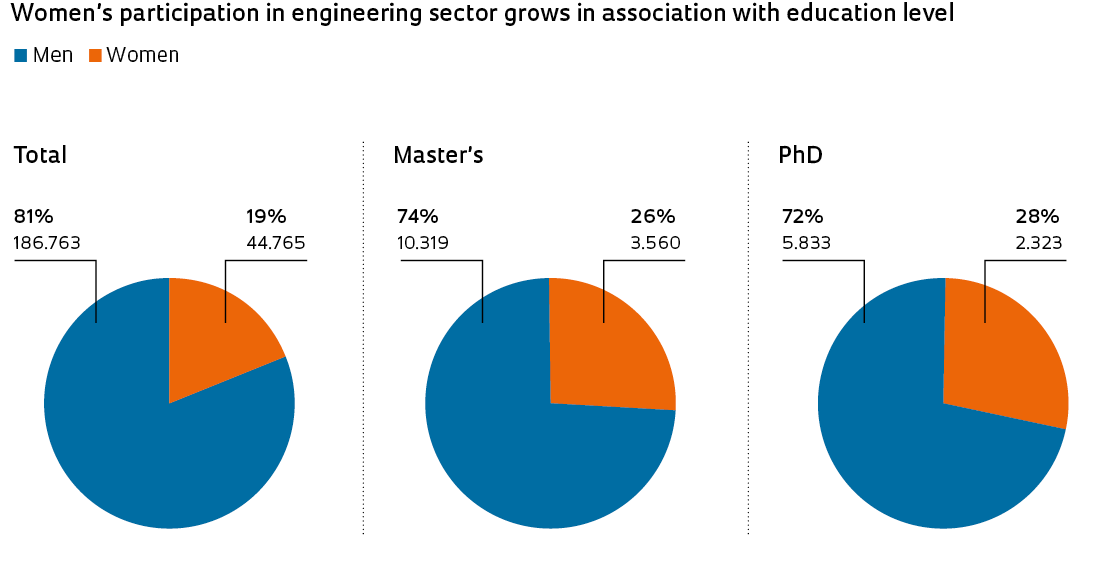 Notes (1) The following areas of the Brazilian Code of Occupations were considered: engineering roles, engineering researchers, and engineering professors.(2) There is no information on postgraduate education on the RAIS report prior to 2006.  NOTE: Totals may not equal sum of breakdown due to rounding