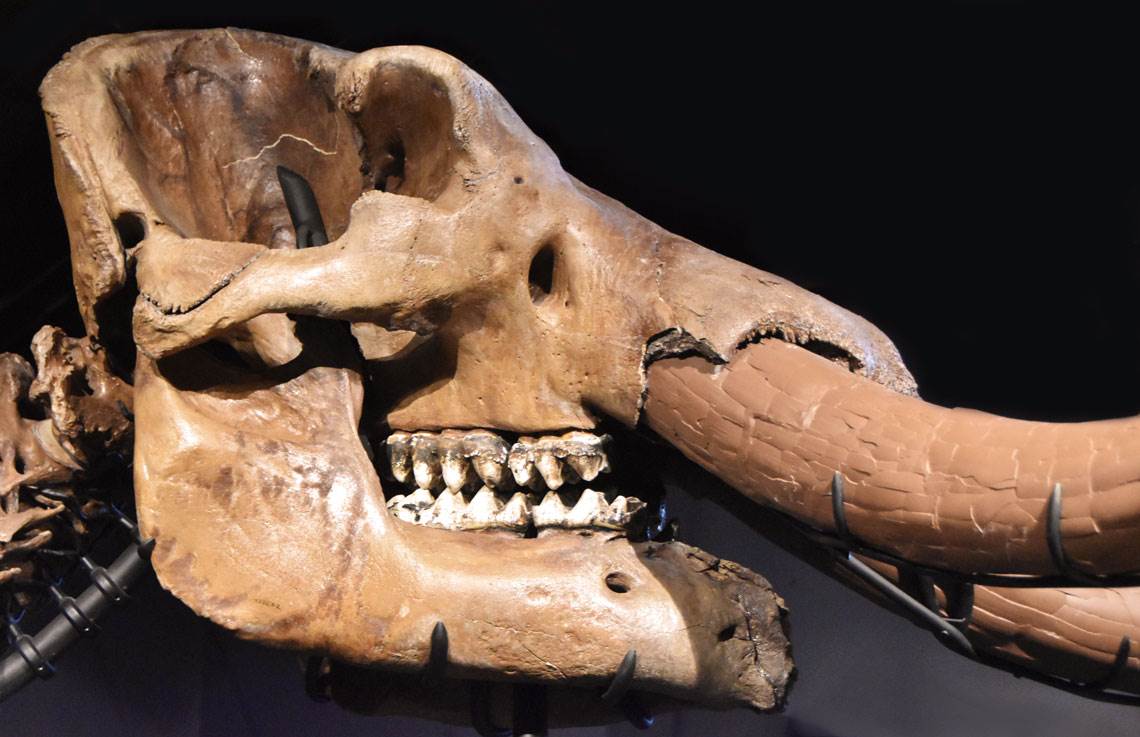 Fred's skull and tusks, which are on display at the Indiana State Museum in Indianapolis

Fred the mastodon (Mammut americanum) rarely left his group and never traveled far in the first 12 years of his life. When he became a teenager, however, he began wandering on his own, roaming farther and farther from his herd. As an adult, he traveled up to 30 kilometers (km) per month before he was killed, aged 34 and almost 160 km from his birthplace, by another male whose tusk pierced the right side of his skull. Fred’s nearly complete skeleton, which is roughly 13,200 years old, was discovered at a farm in Fort Wayne, Indiana, in 1998. Fred was a herbivore who weighed around 8 tons and grazed on trees and bushes. A group led by Joshua Miller of the University of Cincinnati, and Daniel Fisher of the University of Michigan, both in the USA, identified Fred’s migratory routes by analyzing variations in strontium and oxygen isotope levels in one of his tusks. According to the study, northeast Indiana was a breeding ground for mastodons (PNAS, June 13).