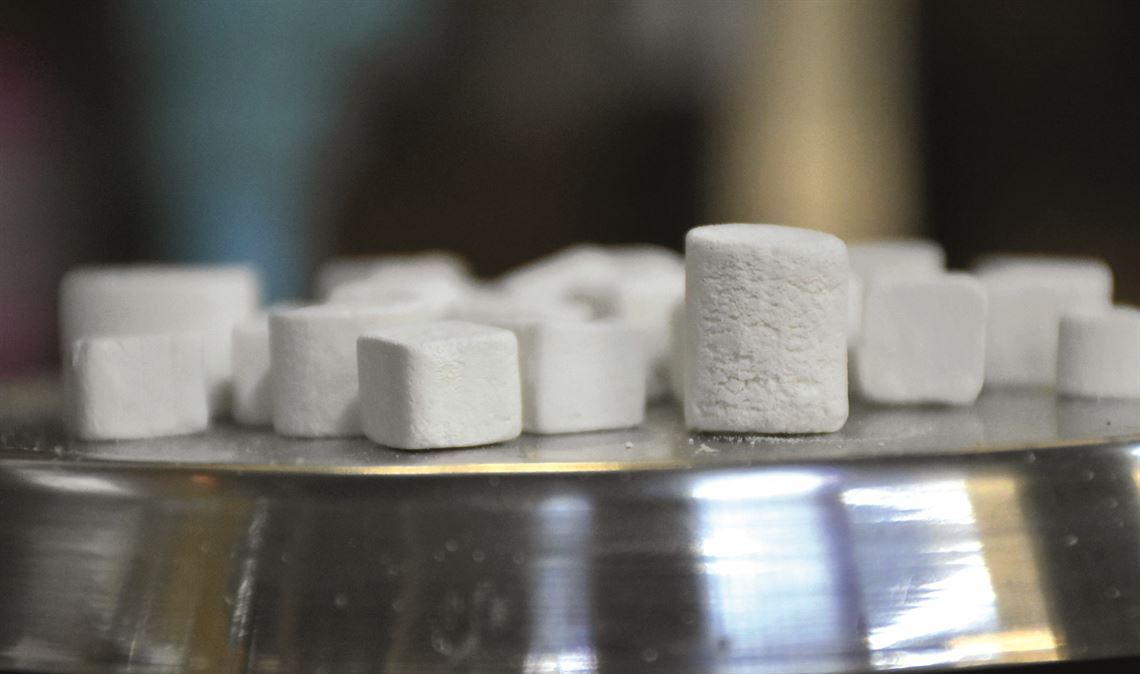 Blocks of material based on fibroin and hydroxyapatite

A team from the São Carlos Institute of Chemistry at the University of São Paulo has developed a potentially simpler, faster, and cheaper strategy for producing a biocompatible material that can be used as a scaffold for repairing long bones, such as the legs. The researchers added the protein fibroin, extracted from silkworm cocoons, to a liquid solution of calcium and calcium phosphate (hydroxyapatite). After being precipitated, the material is dried and pressed into blocks. “The process takes just 24 hours and can be carried out at room temperature,” says engineer Daniela Vieira, who developed the procedure under the supervision of chemist Sergio Yoshioka. It could cost 25% less than other techniques, which generally use solid raw materials and require high temperatures.