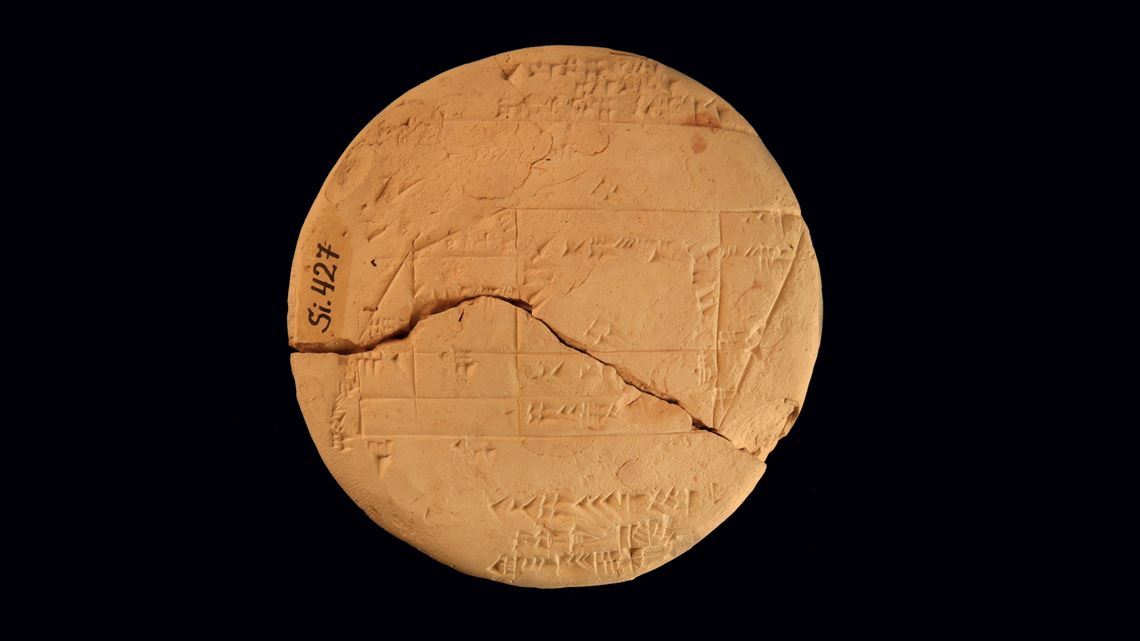 A 3,600-year-old circular clay tablet made in Ancient Babylon appears to be the earliest record of applied geometry, proposes mathematician Daniel Mansfield, from the University of New South Wales in Australia (Foundations of Science, August 3). Discovered in 1894 by French friar Jean-Vincent Scheil on an expedition to Sippar in present-day Iraq, the circular tablet, which fits in the palm of a hand, was taken to Turkey, where it was cataloged under record Si.427 and displayed in the Istanbul Archaeological Museum. According to the mathematician, it is the only known cadastral document from the period and represents a plan used by surveyors to define land boundaries. “It tells us legal and geometric details about a field that’s split after some of it was sold off,” says Mansfield in an article published on the Australian university’s website. The tablet is of great historical importance. It contains right angles drawn by the surveyor using sequences of three numbers that form right triangles, known today as Pythagorean triples after the famous theorem proposed by Pythagoras, a Greek mathematician and philosopher who was born more than a thousand years later.