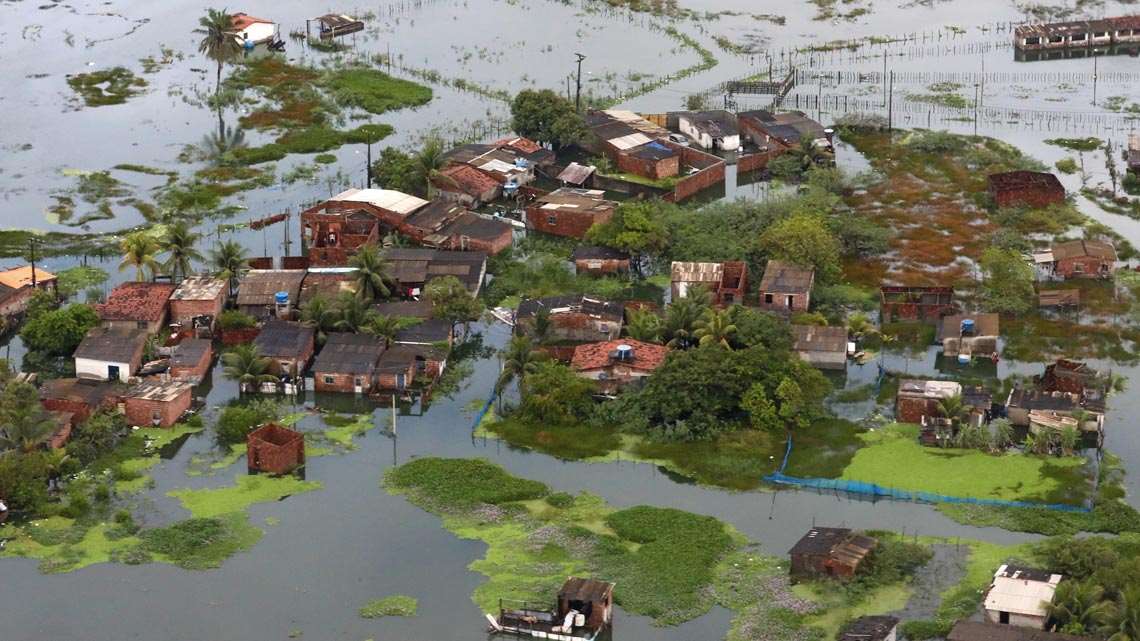 Area in Recife flooded by rain in May 2022

More scientific evidence is emerging that climate change caused by human activity plays an important role in the frequency and intensity of extreme weather events, such as heatwaves, cold snaps, heavy rainfall, and prolonged droughts. A recent study of this topic by researchers from Brazil and abroad analyzed the characteristics of the torrential rainfall that devastated parts of the Recife Metropolitan Area and four other states in northeastern Brazil in May and June this year. According to the study, this period of heavy rainfall, which caused at least 133 deaths and destroyed the homes of 25,000 people, was 20% more severe due to global warming.

At its most critical moment, on May 27 and 28, more than 200 millimeters (mm) of rain fell over the Pernambuco state capital and surrounding cities in less than 24 hours—equivalent to 70% of the rainfall expected for the entire month of May. Above average volumes of rainfall also fell in short periods of time in the states of Sergipe, Alagoas, Rio Grande do Norte, and Paraíba.

The phenomenon of global warming is attributed to the increased emission of greenhouse gases since the Industrial Revolution. Compounds such as carbon dioxide (CO2) and methane (CH4), which warm the Earth’s atmosphere, are produced by or largely derived from anthropic activities related to the burning of fossil fuels and changes in land use and cover. Since the preindustrial era prior to the mid-nineteenth century, the average concentration of greenhouse gases in the Earth’s atmosphere has increased by almost 60%—from 270 parts per million (ppm) to 420—and the average global temperature has risen by 1.2 degrees Celsius (ºC). The warmer and more energetic global climate accelerates a number of atmospheric processes, including extreme weather events.

The results of the study on extreme rainfall in the Northeast of Brazil were published in a technical report made available online in early July, just over a month after the event occurred. “If we had chosen to write a scientific article, we would only have been able to share our findings after publishing in a peer-reviewed journal,” says climatologist Lincoln Muniz Alves of the Brazilian National Institute for Space Research (INPE), one of the researchers that participated in the study alongside 22 others from Brazil, Europe, and the USA. “The whole process would have taken months.” 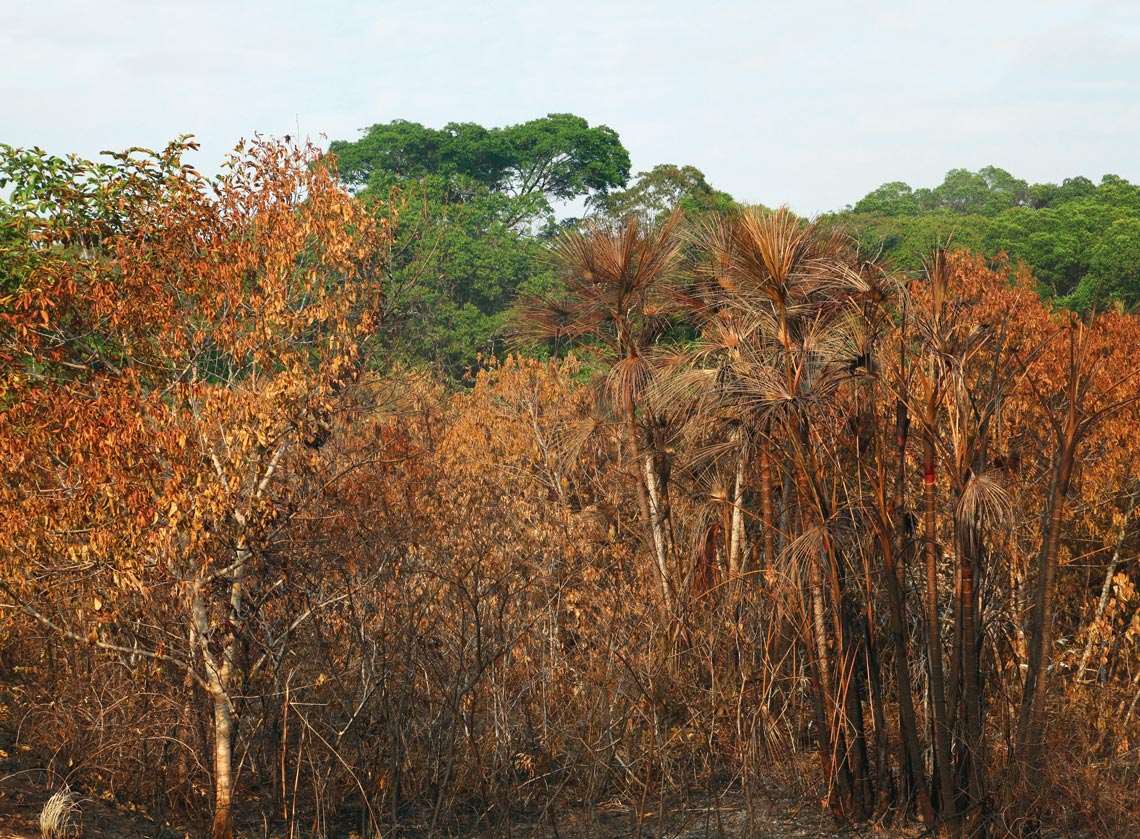 By choosing to produce a technical report, the authors tried to shorten the long delay that normally exists between technical information being published in scientific journals and actions being taken by society and the authorities to mitigate the impacts of these extreme events. “The conclusions of our study are robust,” said Indian climate scientist Mariam Zachariah, the study’s lead author, in an interview with Pesquisa FAPESP. “The methodology we used to verify whether climate change exacerbates extreme weather events has already been published in peer-reviewed journals and is widely accepted.”

Zachariah is on a postdoctoral fellowship at Grantham Institute for Climate Change and the Environment at Imperial College London, which also recently hired German climatologist Friederike Otto, who is globally renowned in climate attribution research (studies that endeavor to determine the extent to which climate change influences specific extreme events). Otto, who also took part in the study on rainfall in the Brazilian Northeast, joined the institute from the University of Oxford in October 2021.

The same general methodology is used in all studies attempting to ascertain whether global climate change makes extreme events stronger or more frequent. Scientists collect data on a given phenomenon, such as the rainfall in northeastern Brazil in May or the summer heatwave currently affecting Europe, then they characterize the climate, geography, and other aspects of the region in question. Next, they run hundreds of computer simulations to try to determine the intensity and frequency of the extreme event under analysis in two different global scenarios: in the current world, where greenhouse gas levels are around 420 ppm and the temperature is 1.2 °C warmer than in the nineteenth century; and in preindustrial conditions, when there was practically no human influence on the climate, the average global temperature was lower, and greenhouse gas concentrations were at 270 ppm.

If the simulated event is more intense and recurrent under current conditions than it would have been in the preindustrial past, the scientists interpret this as evidence that current climate change, driven by human activity, amplifies the phenomenon. “The aim of this type of research is to quantify the influence of climate change on the occurrence of extreme events,” explains Zachariah. 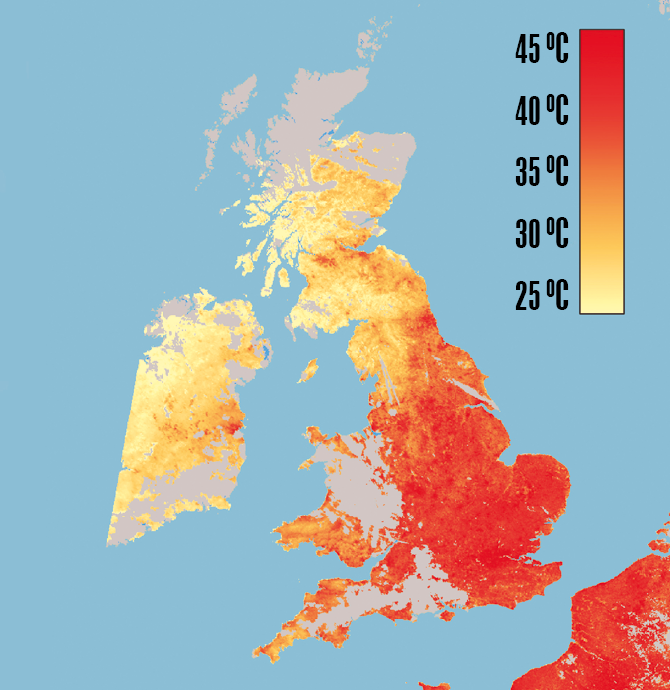 To minimize the risk of errors in the simulations and to ensure the consistency of the results, the researchers simulate the scenarios in various climate models—the same ones underlying most of the conclusions and projections made by the Intergovernmental Panel on Climate Change (IPCC). “Here in Brazil we don’t have the computational structure needed to run these simulations for climate attribution studies,” says Lincoln Alves. “That’s why we partnered with the British, who are strong in this area.”

A 2021 survey by British news website CarbonBrief, which specializes in covering climate science and policy, listed more than 350 climate attribution studies published in the scientific literature. According to the website, 80% of the research carried out in the last 10 years identified some level of anthropic influence on the frequency or intensity of extreme events (see Pesquisa FAPESP issue nº 307).

A more recent study—not included in the survey—was published in the scientific journal Climate Resilience and Sustainability in October last year. According to the research, conducted by scientists from Brazil and other countries, climate change has quadrupled the risk of major droughts in the Amazon, like the one that occurred between 2015 and 2016, considered the most severe drought in recent decades. Rainfall in the region, especially in the northeast of the Amazon, was significantly lower than expected in the period.

“There was a major El Niño [abnormal warming of surface waters in the tropical Pacific Ocean], which influences rainfall levels in various parts of the world, including the Amazon,” explains Liana Anderson, a biologist from the Brazilian Center for Natural Disaster Monitoring (CEMADEN) and one of the scientists involved in the study alongside Lincoln Alves. The lack of rainfall resulted in the death of some 2.5 billion trees in an area equivalent to just 1% of the largest tropical forest on the planet. In addition to reducing the rainforest’s capacity for photosynthesis and consequently its ability to remove CO2 from the atmosphere, trees that die due to extreme droughts release carbon into the atmosphere as they decompose over the following two decades. These two impacts contribute to an increase in the greenhouse effect. “Extreme events can feed back into climate change, creating a vicious cycle,” says Anderson. 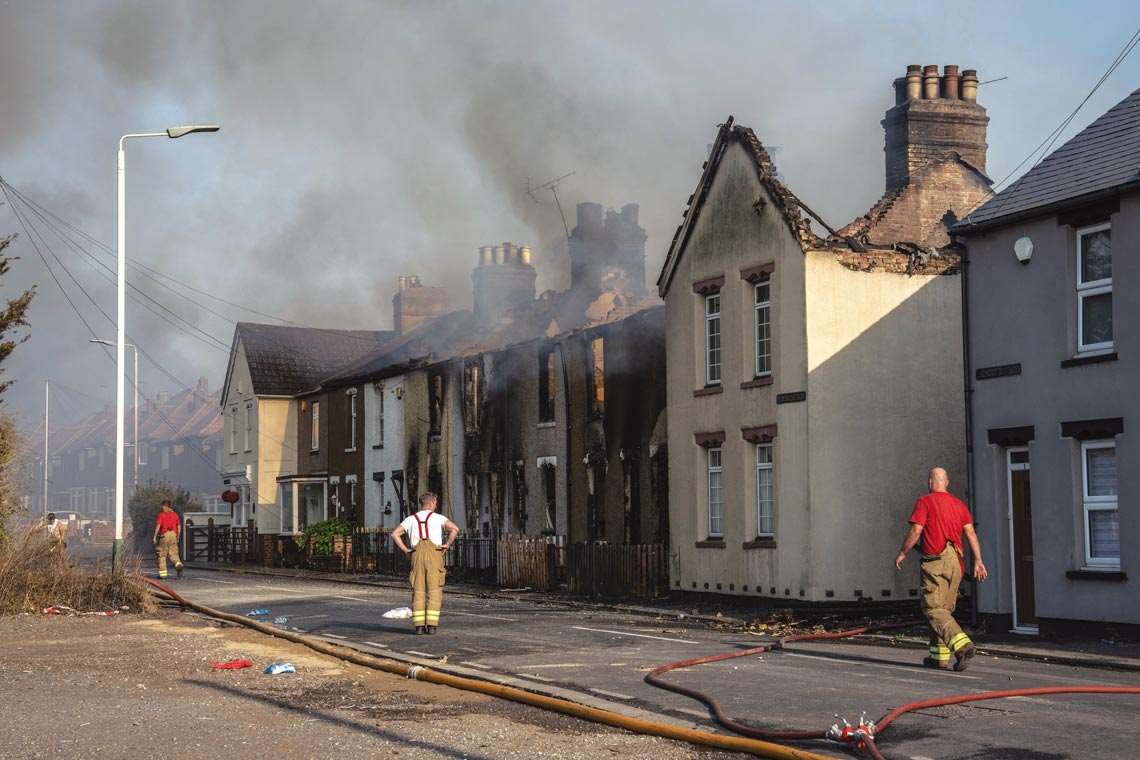 Extreme weather events that deviate entirely from the routine patterns predicted by science have always existed. But until the recent past, severe heatwaves, cold snaps, rainfall, and droughts were seen as rare exceptions to the rule, arising solely or mostly from natural climate variations. Not anymore. According to the IPCC’s most recent report, severe heatwaves—which occurred once every 100 years before the twentieth century, when human influence on the climate was negligible—have now become 4.8 times more frequent and 1.2 °C hotter.

There has not yet been time for specific studies on the role the increased concentration of greenhouse gases might be playing in the current heatwave causing wildfires, deaths, and record maximum temperatures across Europe, such as the temperature of 40.3 ºC recorded in London on July 19. But if recent research is any indication, the prospects are not encouraging. A 2020 study led by French climatologist Robert Vautard of Institut Pierre-Simon Laplace analyzed two heatwaves that hit continental Europe in the summer of 2019, when temperatures reached over 46 °C in France, concluding that climate change makes these events much more frequent and severe.

At current levels of CO2 (the gas that contributes most to raising the planet’s average temperature), such events tend to be between 1.5 and 3 °C warmer than before the Industrial Revolution and occur at intervals of between 50 and 150 years in France and the Netherlands. Without climate change, heatwaves of this intensity would only occur every 1,000 years, according to the results published in the scientific journal Environmental Research Letters.

“This is the new normal. Heatwaves will happen more frequently because of climate change. The connection has been clearly demonstrated by the IPCC [in its latest report],” Finnish meteorologist Petteri Taalas, secretary general of the World Meteorological Organization (WMO), said in a press release on July 19, shortly after the new record-high temperature was registered in the UK. “We have pumped so much carbon dioxide into the atmosphere that the negative trend will continue for decades. We haven’t been able to reduce our emissions globally. I hope that this will be a wake-up call for governments and that it will have an impact on voting behaviors in democratic countries.”