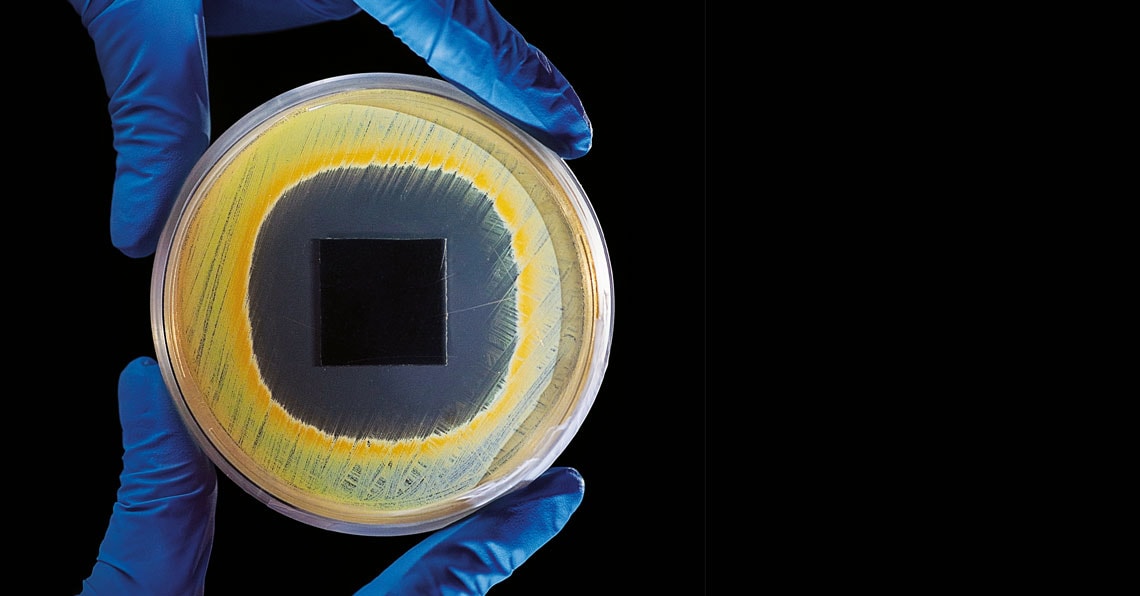 Last July executives at Nanox, a high-tech company based in São Carlos, São Paulo, received an unexpected invitation: to participate in the Plug and Play business accelerator program, one of the principal startup accelerators in Silicon Valley, in the United States. An investor in companies like Google, Rappi, and Dropbox, Plug and Play had discovered the Brazilian nanotechnology company through a report published in the English version of Agência FAPESP and reproduced by Dairy Reporter, a US publication focused on the dairy sector.

The report highlighted the development of a silver-based antimicrobial material, which, when applied to plastic milk cartons, doubles product shelf life. The incorporation of silver microparticles into plastic is the result of a project carried out with the support of FAPESP’s Research for Innovation in Small Businesses program, RISB (PIPE in the Portuguese acronym). It is one of eight projects developed by Nanox with support from RISB. With the exception of two ongoing projects, all the rest have been converted into commercial products (see report).

Nanox accepted the invitation and was one of 15 startup finalists among a thousand selected worldwide. “We were the only ones left from Brazil,” says chemist Gustavo Simões, CEO of Nanox, who entered the accelerator program with the company’s director of operations, Daniel Minozzi. The two participated in three months of training and mentoring, and introduced themselves to investors. They returned from Silicon Valley with contacts and the goal of further expanding the company’s international presence, having already opened a US office in 2016.

“We have an operational manager in Newton, Massachusetts, to survey the market and take care of documentation. We have already obtained approval from the FDA [Food and Drug Administration, the American agency that regulates food and medicines] and we are now awaiting certification by the EPA [Environmental Protection Agency] for silver-based antimicrobial material,” Minozzi explains. For the entrepreneurs, regulatory compliance will be one of Nanox’s best features. “Currently, only three nanotech companies in the world have both of these certifications for operating in the food and beverage packaging sector. We will be the fourth,” he says.

Nanox specializes in the development of nanostructured additives based on silver and other substances and their application in plastic products, fabrics, and medical and kitchen utensils, among other uses. The company has occupied a leading position in Brazil since it was established as a spinoff of the Center for the Development of Functional Materials (CDMF) at the Federal University of São Carlos (UFSCar), a Research, Innovation and Dissemination Center (RIDC) funded by FAPESP. According to chemist Elson Longo, a professor emeritus at UFSCar and director of CDMF, Nanox was the first nanotechnology spinoff linked to the research center, which at the time was called the Interdisciplinary Electrochemistry and Ceramics Lab (LIEC). “Simões’ idea was groundbreaking, and opened up new horizons for our group,” says Longo. 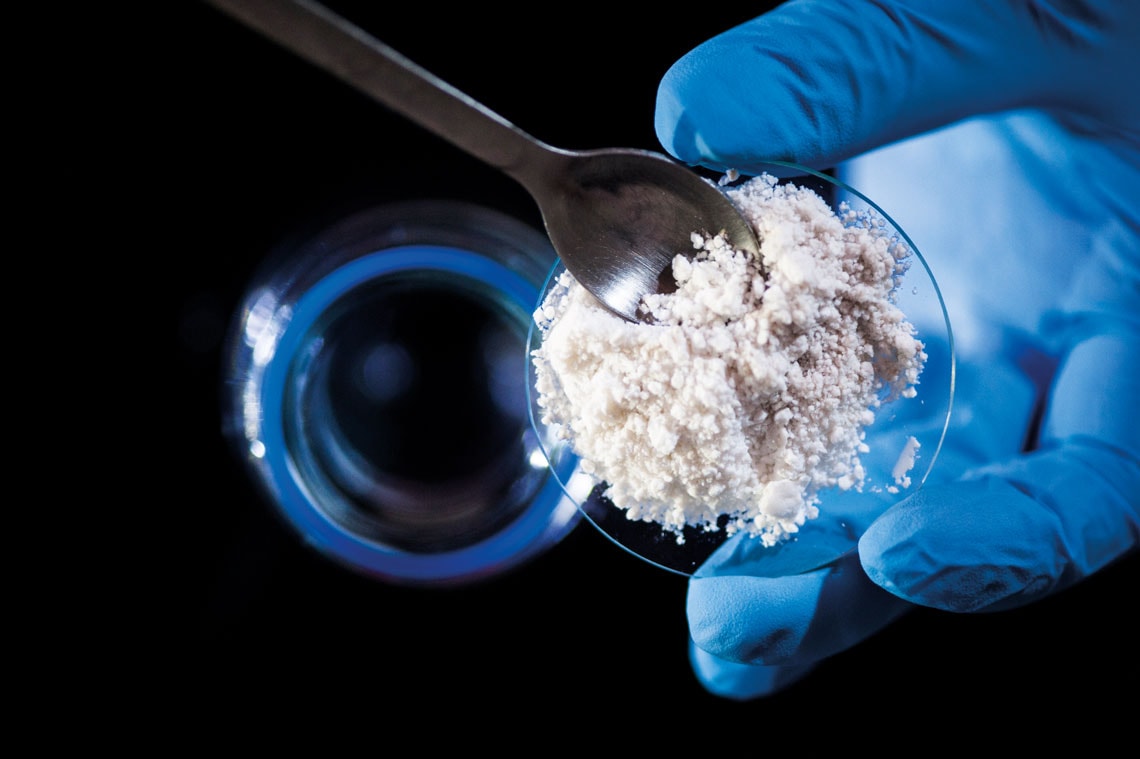 Support along the way
The company was conceived while Simões was still studying for a master’s degree at the Institute of Chemistry at São Paulo State University (UNESP), in Araraquara, with Longo as his academic advisor. As a student he tried to create a bactericidal agent that incorporated materials with known antimicrobial properties, such as silver and titanium oxide, into ceramic nanoparticles. “It was an unprecedented product. Then came the idea of creating a micro-company to produce the compound,” recalls Longo. “It was a natural progression,” says Simões. “LIEC had a lot of interaction with the business community, which stimulated us to become entrepreneurs.”

To form the startup, initially called Science Solution, two colleagues from the Institute of Chemistry’s graduate program at UNESP joined Simões: Minozzi, and André Araújo, who became a shareholder. The ParqTec incubator, in São Carlos, was the company’s first address, and FAPESP provided the initial support for its founding. In 2005, Nanox obtained support from RISB to develop an antimicrobial ceramic coating for metal surfaces. In 2006, it won its first customer, a company that produces hair dryers.

The researchers explain that nanoparticles fight microorganisms by acting on three fronts: limiting gas exchange through the cell wall (preventing them from breathing), inhibiting cell division, and causing cell walls to rupture. Named NanoxClean, the nanoparticulate antimicrobial became the company’s flagship product and began to be applied to other materials, such as plastic, textile fibers, and glass. Today there are 16 different formulations. 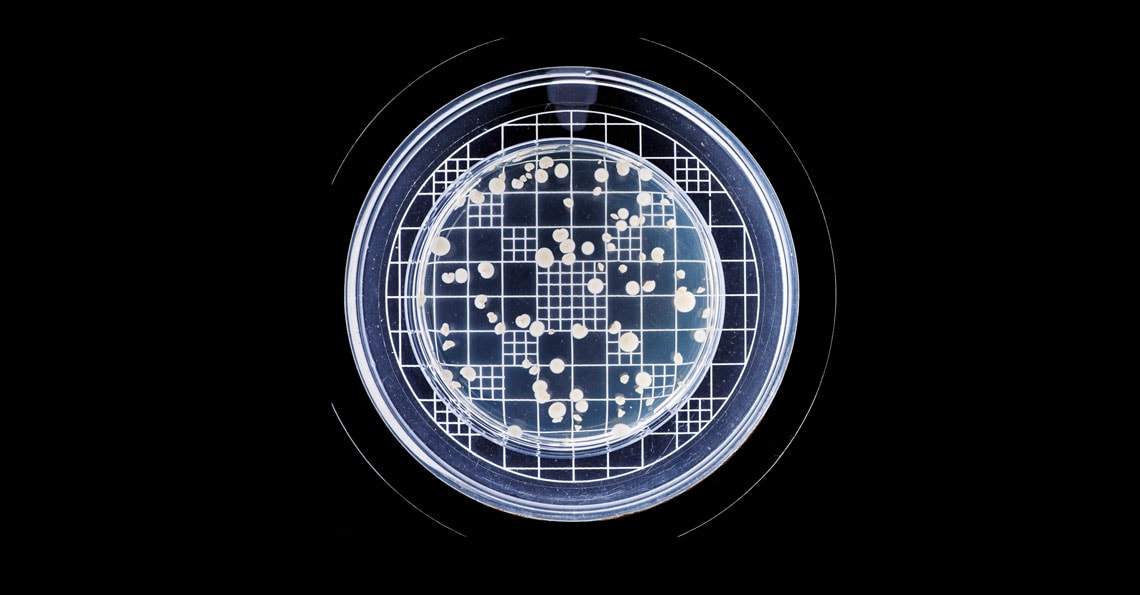 In 2006, just two years after its founding, Nanox received an investment from the Novarum investment fund. Five years later, the company received investments from the Program to Support Research in Small Businesses (PAPPE), and the Funding Authority for Studies and Projects (FINEP), to scale up their production of nanostructured antimicrobial particles. In July 2019, more funding came in from the Criatec 2 and NT Agro funds. “A good idea alone doesn’t guarantee success or growth,” points out Elson Longo. “There was a lot of work and research done by the Nanox directors to achieve new products based on nanotechnology, in addition to the support by the funding agencies, and the structure of a specialized lab.”

For biologist Iseli Lourenço Nantes-Cardoso, a professor at the Federal University of ABC (UFABC) and part of the Postgraduate Program in Nanosciences and Advanced Materials, Nanox is one of the examples of nanotechnology companies that have arisen due to the educational qualification of people at universities. “Nanotechnology companies are an option in the job market for PhDs who graduate from universities. The availability of qualified labor in the industry is the return on investment for the public resources that went into training these people,” she observes.

In the case of Nanox, there has been a successful confluence of scientific and financial resources that’s resulted in seven patents, six in Brazil and one in the United States. At its headquarters in São Carlos, the company has labs for chemistry, microbiology, quality control, and plastic products, where 13 people work—a relatively small team because the company’s activities don’t require intensive manual labor. There are six professionals dedicated to the research and development area—one PhD, three with master’s degrees, and two with undergraduate degrees.

A diversified client base
The company produces about two tons of microparticles annually, well above the 200 kilos produced five years ago. Their 25 customers in Brazil include companies in the carpet, furniture, paint, toothbrush, household utensil, and packaging industries. One of the largest is AlpFilm, a producer of plastic films for food packaging. Chemical engineer Alessandra Regina Vicentin Zambaldi, who heads AlpFilm’s purchasing and development department, recalls that she encountered Nanox in 2016, at the K Trade Fair in Düsseldorf, a trade fair focused on polymers. “We left São Paulo to meet them in Germany,” the engineer says in amusement.

After research and testing, AlpFilm launched products for home and professional use featuring the bacterial additive from Nanox. Zambaldi notes that production costs for the plastic film with bactericidal treatment were about 10% higher than their conventional product, but the company was determined to invest in innovation. “We seek innovative, unique features for our products and antimicrobial protection provides an important benefit to the consumer,” she explains.

The engineer states that although the useful life of food varies depending on how its handled, products in trays packaged with the treated film last at least two days longer on supermarket shelves, decreasing waste. In household refrigerators, foods such as tomatoes and carrots, individually packaged, remain unspoiled for two weeks, she adds. “Rural producers value our product the most, since they require longer food preservation times,” Zambaldi says. 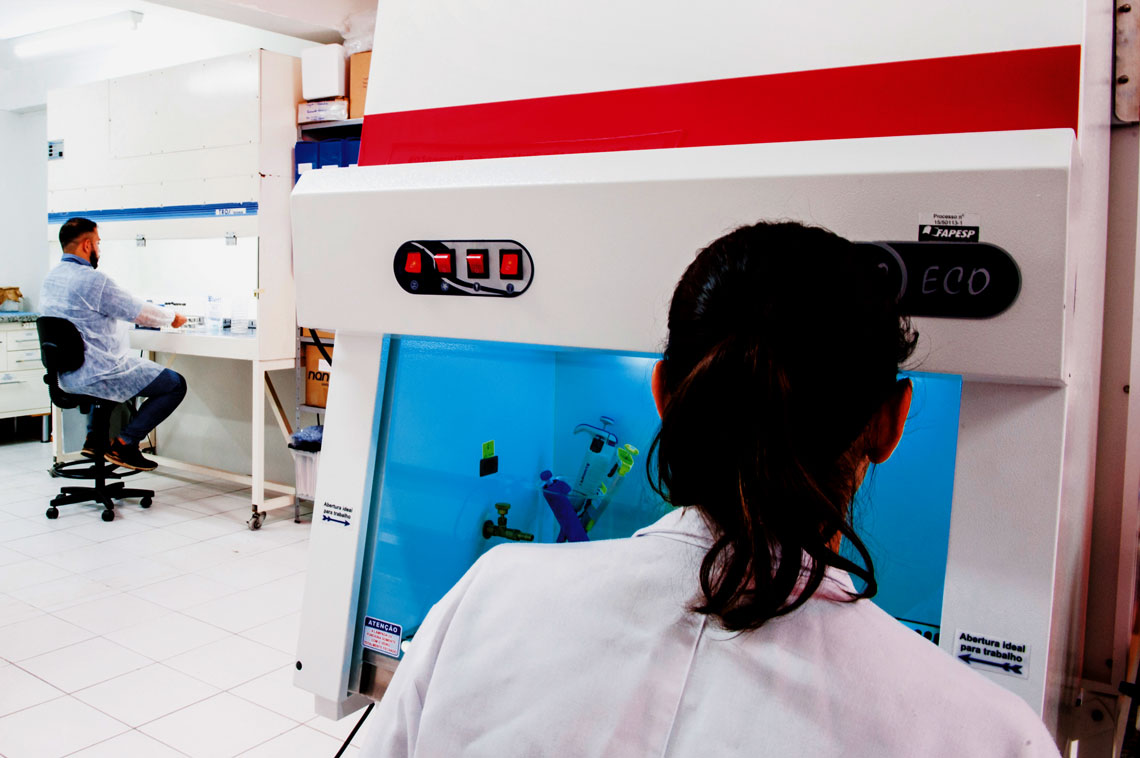 A Nanox lab, with a biological safety cabinet for conducting antimicrobial tests in the foregroundLéo Ramos Chaves

The issue of sustainability is one of Nanox’s calling cards. According to Minozzi, the nanoparticulate agent lasts the entire life of the material that it is applied to. “In a fabric, conventional antimicrobial treatment tends to lose its properties after a certain number of washes. This doesn’t happen with NanoxClean,” states the entrepreneur. Minozzi says that when compared to other silver-based bactericides, nanoparticulates also deliver considerable savings to the manufacturer. “Silver concentrations are 10 to 15 times lower,” Minozzi says, noting that silver-based antimicrobials are not new to the market. Nanox’s special ingredient was the use of nanotechnological processes to create the agent, permitting a lower concentration of silver in the final products. The company was a pioneer in Brazil in this development.

However, the entrepreneur recognizes that introducing a new technology to the market is not an easy task. By participating in corporate events and meeting with company leaders, Nanox has gone after potential customers and tried to establish strategic partnerships in order to grow in an unfavorable economic environment. To support customers and convince them of the advantages of NanoxClean, the company created a specific department that supports the development of packaging and other products containing the nanoparticulate agent. In addition to commercializing the technology in Brazil, the company exports to Mexico, Colombia, Chile, Pakistan, Argentina, and occasionally, to India, Japan, Turkey, China, and Eastern Europe. But the North American market, the largest in the sector, remains to be conquered, which the entrepreneurs hope to do through the branch office established there.

To overcome the difficulties involved with internationalization, the Nanox founders remain faithful to their origins, taking the lab as their starting point. Thus, to consolidate the company in the domestic market and establish commercial partnerships abroad, their objective is to continue developing innovations. “We were born out of research, we can’t forget that,” points out Daniel Minozzi.