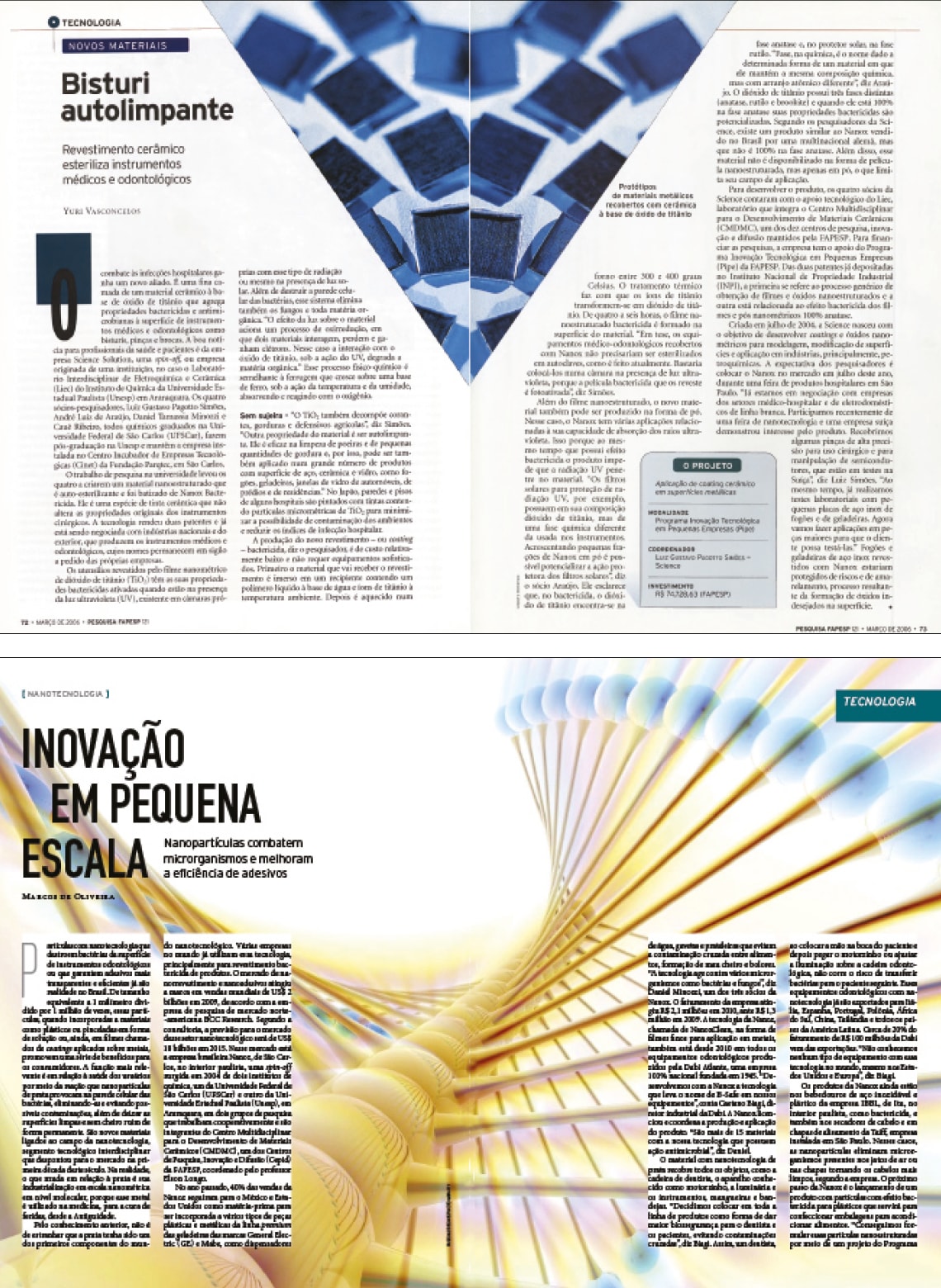 New nanotechnology discoveries were explored in issues 121 and 187

Nanoscience research traces its beginnings to a lecture at an annual meeting of the American Physical Society (APS), in the mid-twentieth century. On December 29, 1959, theoretical physicist Richard Feynman (1918–1988) challenged his audience with the following question: “Why can’t we write the entire 24 volumes of the Encyclopedia Britannica on the head of a pin?” (see Pesquisa FAPESP issue no. 60). And he followed this with another challenge: he would pay US$1,000 (a substantial sum at the time) to anyone who could build an electric motor smaller than the head of a pin.

Feynman’s challenges led scientists around the world to take an interest in the field, in which matter is manipulated on an atomic or molecular scale. Six years after his lecture at the APS meeting, the researcher won the Nobel Prize in Physics for his contributions to the development of quantum electrodynamics. For his investigations of the nanometric universe, Feynman is widely considered the father of nanotechnology.

Over the past two decades, Pesquisa FAPESP has closely followed developments in nanotechnology in Brazil, especially in the area of nano-coatings. Much of the innovation in the field has come from institutions such as the Interdisciplinary Laboratory of Electrochemistry and Ceramics (LIEC) at São Paulo State University’s Institute of Chemistry (IQ-UNESP), in Araraquara; the Multidisciplinary Center for Development of Ceramic Materials (CMDMC), a FAPESP-funded Research, Innovation, and Dissemination Center (RIDC), based in Araraquara, and the Chemistry Department at the Federal University of São Carlos (UFSCar).

An article published in a 2006 issue of Pesquisa FAPESP described a new nanostructured titanium-oxide ceramic material with antimicrobial properties that could be used as a surface coating for medical and dental instruments, such as scalpels, tweezers, and burrs. The technology was created by an LIEC spinoff called Science Solution, later renamed Nanox (see Pesquisa FAPESP issues no. 121 and no. 187).

Three years later, readers learned about a study by researchers at UNESP, in Araraquara, and the State University of Ponta Grossa (UEPG), in Paraná, which led to the development of a thin nanostructured film with bactericidal properties that can be applied on ceramic floor tiles and glass (see Pesquisa FAPESP issue no. 166). Led by Thiago Sequinel, then a doctoral researcher at IQ-UNESP, the study took first place in Idea to Product, a global competition organized by the University of Texas.

Locally developed nanostructured materials with antimicrobial properties have also been used for oral health applications. In 2014, OralGift, a company in southern Brazil, launched a new range of dental products, including cases and stands made of materials incorporating silver nanostructures that eliminate the bacteria and fungi often found on toothbrushes, dental floss and tongue cleaners. The products were developed in a collaboration with Nanox (see Pesquisa FAPESP issue no. 220).

More recently, Brazilian textiles companies have used fibers containing nanometric particles of silver, copper, and zinc to develop fabrics with special properties. The addition of these nanoparticles helps to eliminate fungi and bacteria, prevent bad odors, reflect infrared rays, control heat, and repel insects (see Pesquisa FAPESP issue no. 278). The global market for nano-coatings such as those described in this article is continuously evolving and is projected to be worth US$15.8 billion by 2023, with annual growth of around 25%, according to a report by Research and Markets.