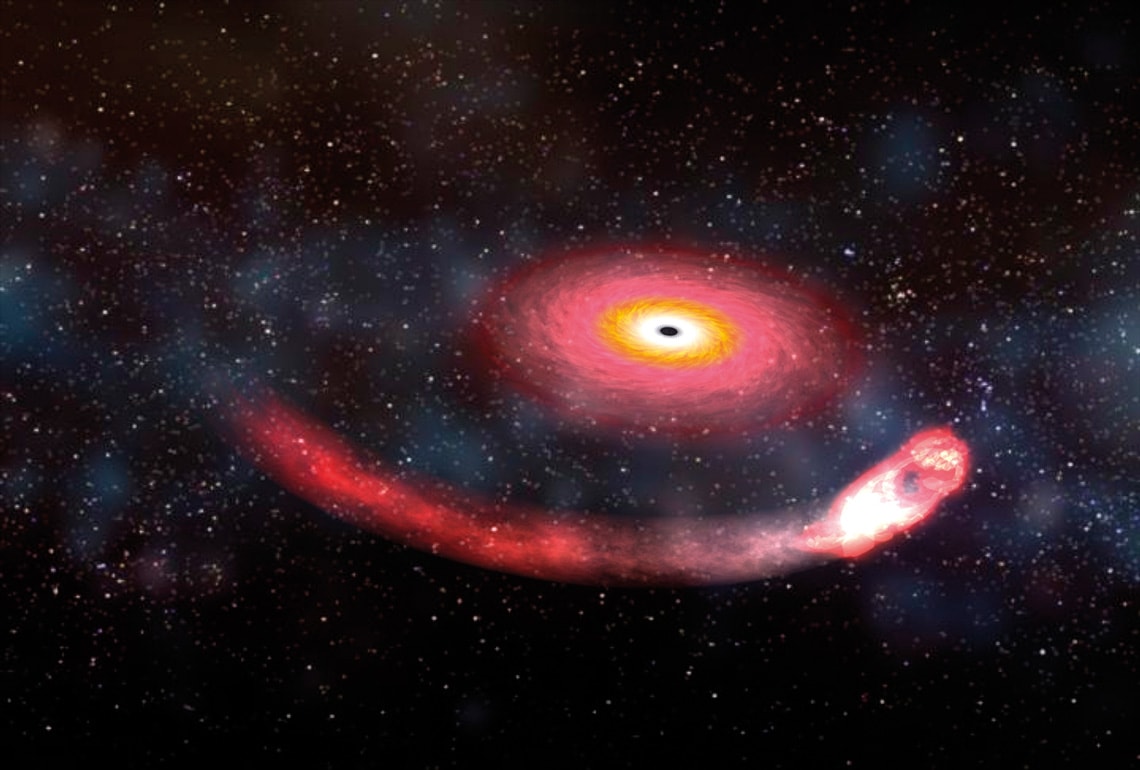 Gravitational waves detected on August 14 of this year were probably generated by a collision between two different celestial bodies—a black hole and a neutron star—the first time such an event has been observed. The waves were detected by the LIGO interferometric observatory, which has two installations in the USA, and by the Virgo observatory in Italy. Operating together, the two observatories captured a signal from an event that occurred 900 million light years away. The probability that the gravitational waves—perturbations in the curvature of spacetime that propagate as waves—came from this type of collision is more than 99%, the researchers said. “It will be a major milestone if the discovery is confirmed,” LIGO spokesman Patrick Brady, from the University of Wisconsin-Milwaukee, told the journal Science. The collision involved a black hole with at least 5 solar masses that “swallowed” a neutron star with less than 3 solar masses. The LIGO and Virgo observatories had previously only observed gravitational waves emitted by collisions between two black holes or two neutron stars, but never an event involving both.