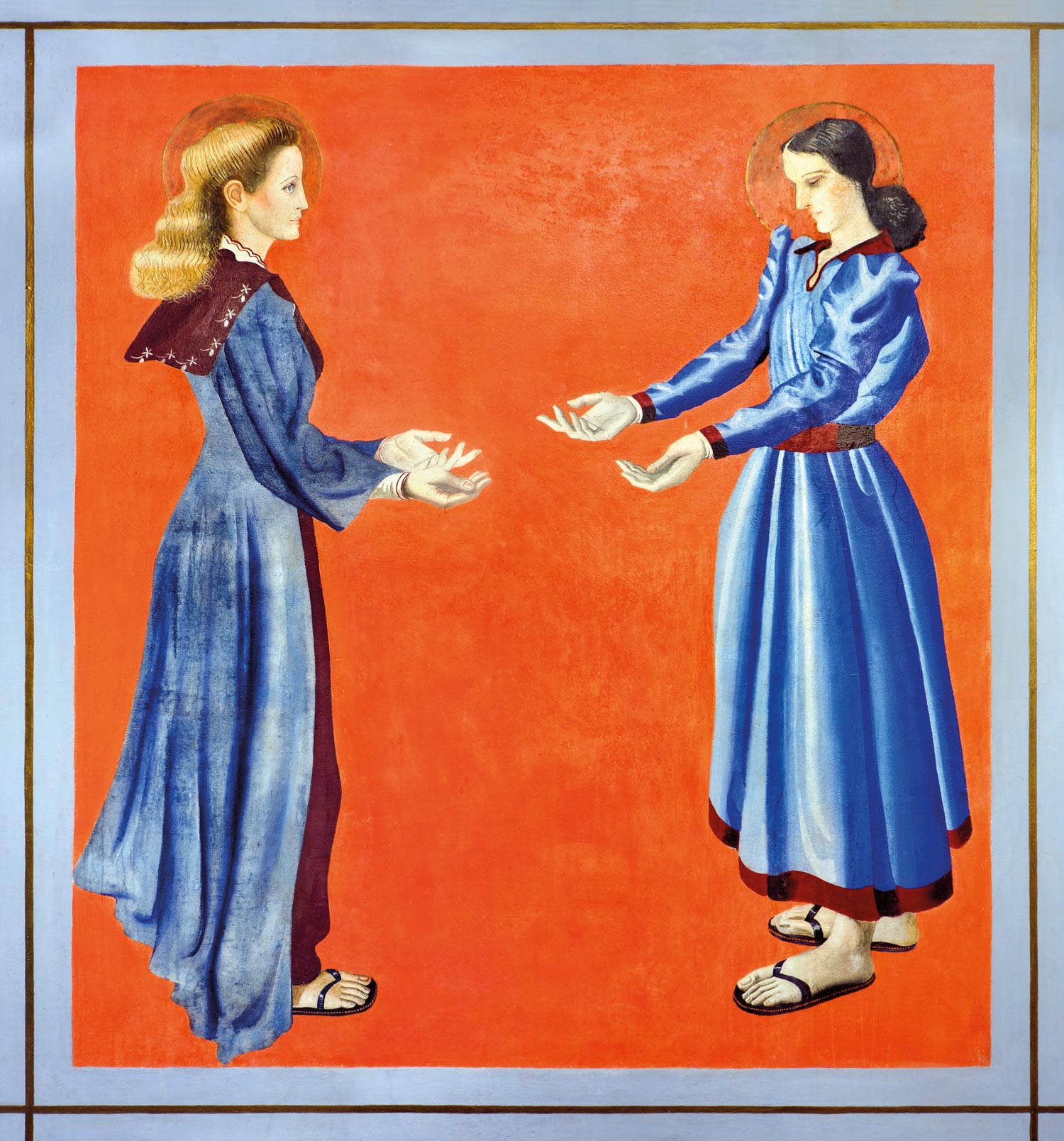 Pedro CamposTaking images at different wavelengths, such as infrared, ultraviolet, and X-ray, is bringing to light nuances of the creative process of Candido Portinari (1903–1962). In collaboration with restorers and museologists, the team of nuclear physicist Márcia Rizzutto, of the University of São Paulo (USP), used different physico-chemical analysis techniques to study the painter’s works and, in some cases, succeeded in pointing out hidden strokes that had been sketched and later covered up by layers of paint as decided by the artist himself. These findings were found through studies of paintings from two collections of Portinari’s works kept in the interior of São Paulo: the murals at the Casa de Portinari Museum in Brodowski, the painter’s native city, and the sacred canvas collection at the Senhor Bom Jesus da Cana Verde Sanctuary, the main church of Batatais. The studies also refined scientific knowledge about the chemical composition of the painter’s preferred colors, called the pigment palette.

The most interesting discoveries came from analyses of murals in a small room called the Chapel of Nonna, located in the former home of the Portinari family, which today is the museum and belongs to the Department of Culture for the State of São Paulo. The chapel exhibits sacred images and those of saints with physiognomies inspired by members of the artist’s family and his friends. It was built at the beginning of the 1940s so that Portinari’s grandmother, Pelegrina, who was sick at the time, could pray without having to go to church. To the left of the entrance, there is an eye-catching mural that measures 1.8 meters (m) by 1.6 m and that portrays the visit of Our Lady to Saint Elizabeth, whose faces were designed, respectively, based on the features of Portinari’s sister, Olga, and his wife, Maria Martinelli (1912–2006).

Rizzutto produced infrared images of the figure of Saint Elizabeth and claimed that, through the addition of pencil strokes, the painter corrected the drawing in three places: the contour of the eyebrow, the shape of her waist (which was reduced in comparison to the initial draft), and her fingers. “Referred to as ‘pentimento,’ the pencil marks show the regret of the artist, who changed his mind during the creation of the artwork and altered the figures of the painting,” comments the researcher and manager of the Center for Applied Physics Research on the Study of Artistic Heritage and History (NAP-FAEPAH) at USP. Infrared images are commonly used to investigate the creative process of painters as they can detect pencil sketches covered by paint.

With inspiration for the face from the painter’s wife, Maria Martinelli, the saint had various retouches before taking its final form. Its waist was wider, as indicated by the arrow in the infrared image (above and to the right), which reveals Portinari’s initial draft.

These details of the way Portinari worked are invisible when the mural is observed or photographed in conventional ways using visible light. The images portrayed using infrared and ultraviolet light also show that, below the layers of color that give shape to the face of the saint, there are two large cracks in the wall that are imperceptible to the naked eye and may have arisen due to instabilities in the structure and were later corrected. Even photos using the wavelength of visible light can be useful in highlighting unsuspected nuances of paintings when taken with a low-angle flash. In this case, the light illuminating a painting should be placed at a very slight angle, called low-angle or tangential, in relation to the position of the work of art. In this way, this type of photography accentuates possible disparities in the surface and outlines the quantity and markings of the strokes.

As knowledge was gained of the painter’s palette and of the hidden markings that his method of work tended to make, Rizzutto built a database of the chemical elements present in the paint of Portinari’s works. Using the X-ray fluorescence technique, where each chemical element emits a particular pattern of this type of radiation, she mapped the pigments that give color to the artist’s paintings. According to the physicist, the green used by Portinari was acquired using chromium or a mixture of cobalt and cadmium. With the white, zinc was predominant. The composition of the reds varied according to the tone: in general, there was iron, manganese with iron, cadmium with selenium and even mercury. The yellows were a blend of cadmium and, in some cases, even lead. “Portinari was a modern artist who already used a lot of paint bought in tubes. But he worked with many color gradations through blending and had a preference for some combinations,” says Rizzutto.

Backed with this understanding, the physicist participated in an even more challenging task in another room at the Casa de Portinari Museum: to determine if the painter is the creator of a mural, partially covered with plaster and rediscovered a few years ago. The painting is a fragment of Our Lady with a child, which originally adorned the wall on the porch of the house. In one of the many changes Portinari made to the house, the mural was covered up by plaster. “He extended the porch to become the house’s main living room and, in the renovation process, this painting was covered up,” says Angélica Fabbri, director of the museum. “Some years ago, our restorer Julio Moraes found a blue dot and began peeling away the wall until the painting appeared.”

As there is no formal registry of the work, and it is known that sometimes Portinari invited friends to paint at his home, it has not yet been possible to attribute it to the artist from Brodowski. “The painting has some elements that resemble one of Portinari’s works,” confirms Rizzutto. Among them is the use of a type of contour in the figures that is similar to that of other murals in the museum. For now, however, the authorship of the painting is yet to be confirmed. 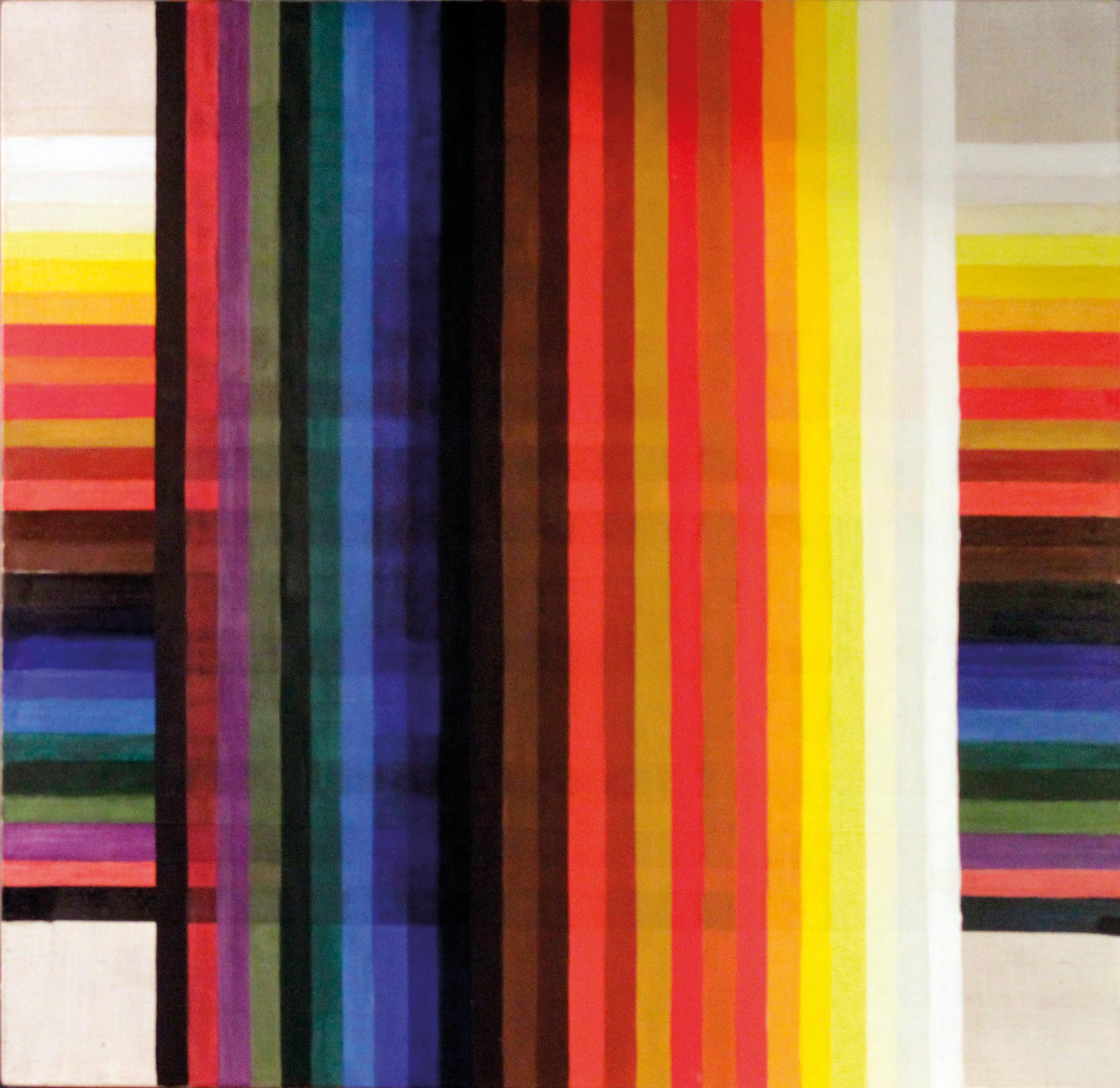 Canvas with 25 superimposed colors, used to study the effects of superimposition of paintsPedro Campos

Newspaper beneath Picasso canvas
The chemical analysis of pigments and multispectral images of works of art is a common procedure in the grand museums of Europe and the United States. At the Pinacoteca of the State of São Paulo, for example, various works undergo this type of procedure carried out by the team from the Institute of Physics, under the supervision of art experts. The studies frequently reveal that the greatest painters did not hesitate to reuse canvases, previously used for lesser works or sketches, to give life to a new painting.

Last year, John Delaney, image scientist for the National Gallery of Art in Washington, USA, showed that the paint on the canvas Mulher com criança perto do mar (Woman with a child by the sea), painted in 1902 by Pablo Picasso (1881–1973) and today the property of a museum in Japan, hid two secrets: one relatively common, the existence of a former drawing superimposed by new pigments; and an unusual one, a fragment of a text from the Parisian newspaper Le Journal (January 18, 1902 edition). “In order to verify if our focus was right, I first pointed the camera at the face of the woman and, to my surprise, I immediately saw the newspaper text in her face,” Delaney said in a media release, having used X-ray images and infrared images in his analysis. 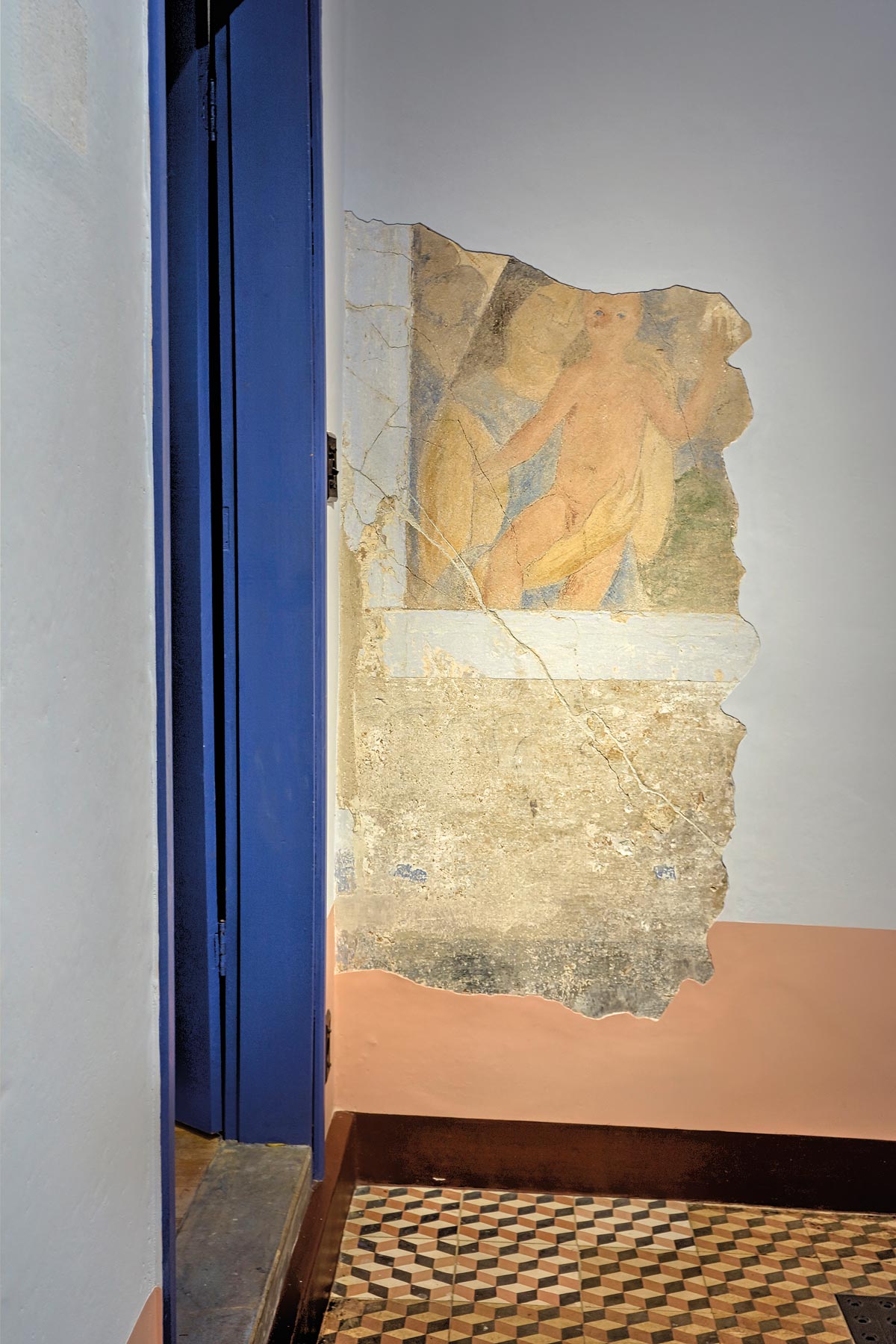 Geologist and restorer Eva Kaiser Mori, who did her master’s under Rizzutto’s guidance, painted a standard canvas where a set of 25 pigments were superimposed, resulting in 625 different combinations. “This type of analysis can be used to determine the thickness of a layer of superimposed paint on a canvas and thus discover if it was modified or falsified,” explains Mori. The characteristics of the pigments on the reference painting were described in an article published on November 20, 2018, in the magazine X-Ray Spectrometry, authored primarily by physicist Daniela Balbino from the Federal University of Sergipe (UFS).