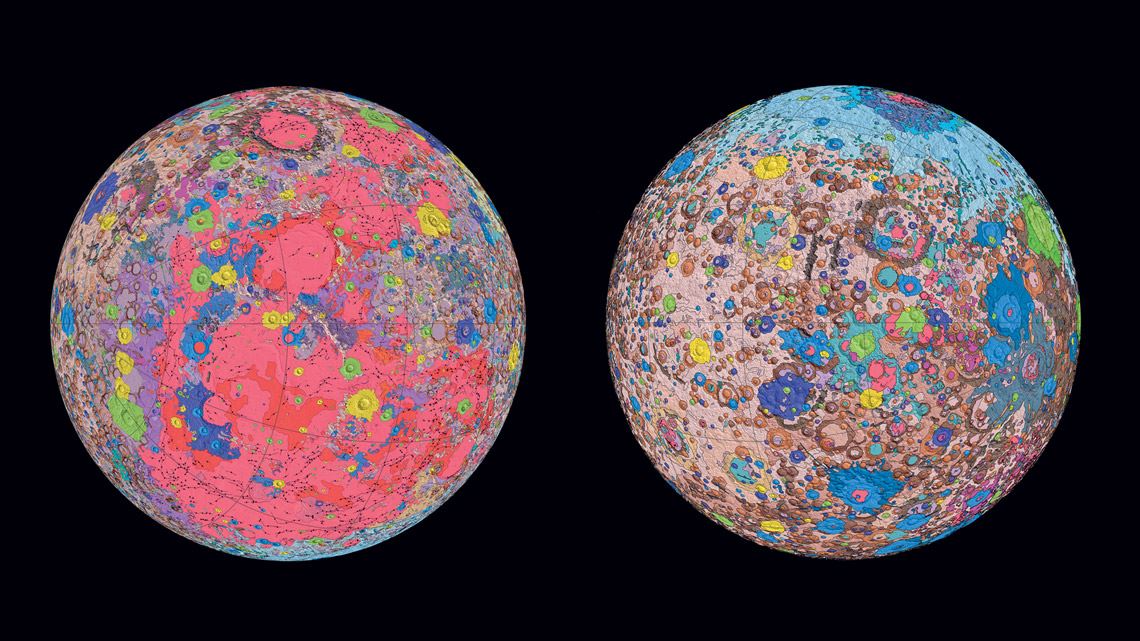 Researchers at the United States Geological Survey’s Astrogeology Science Center, in partnership with teams from NASA and the Lunar and Planetary Institute, have produced the first detailed digital map of the Moon’s entire surface. The map is based on data collected by six Apollo missions between 1961 and 1972 and recent satellite analyses. The researchers standardized the names of rocks and their descriptions and ages. They also included the locations of craters, ridges, fault lines, and other irregularities that shape the lunar surface. The new map could allow scientists to carry out new studies and help guide future missions the Moon.