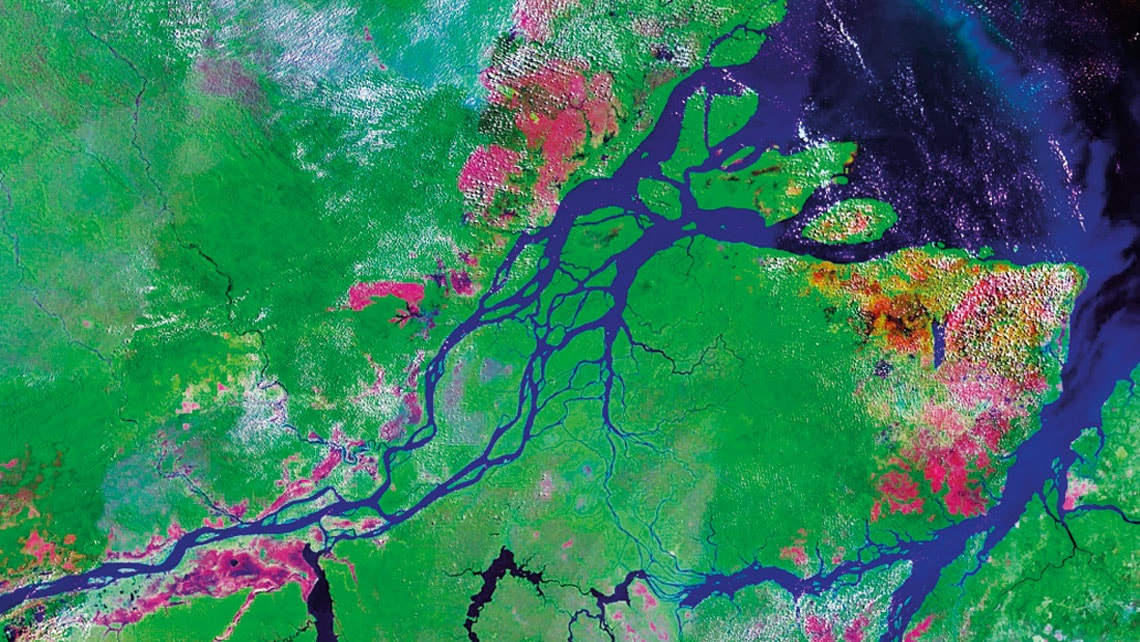 Amazon River delta, which is shrinking by 1 km2 per year because of siltation

Deforestation and dams are disfiguring river mouths around the world, according to an analysis of 11,000 locations where rivers flow into the sea. Deforestation increases the volume of sediment entering rivers, contributing to the siltation of these natural drainage systems, while dams decrease sediment transport, causing the mouth to widen. Conducted by researchers from Utrecht and Wageningen universities, both in the Netherlands, the study suggests that in the last 30 years, river deltas around the world have shrunk by an average of 54 square kilometers (km2) per year as a result of silting. In South America, river estuaries have narrowed by an average of 33 km2 per year because of sediment accumulation. The Paraná delta shrunk the most, at an average rate of 9 km2 per year—the highest rate among the 18 largest deltas in the world. The São Francisco delta lost 2 km2, and the Amazon 1 km2. The mouth that widened the most was that of the Yellow River in China, which grew by 8.3 km2 per year. According to the authors, siltation was greater globally than sediment loss. In the coming years, however, dam construction and sand mining is expected to increase in developing countries, reducing the amount of fluvial sediment that will reach delta.