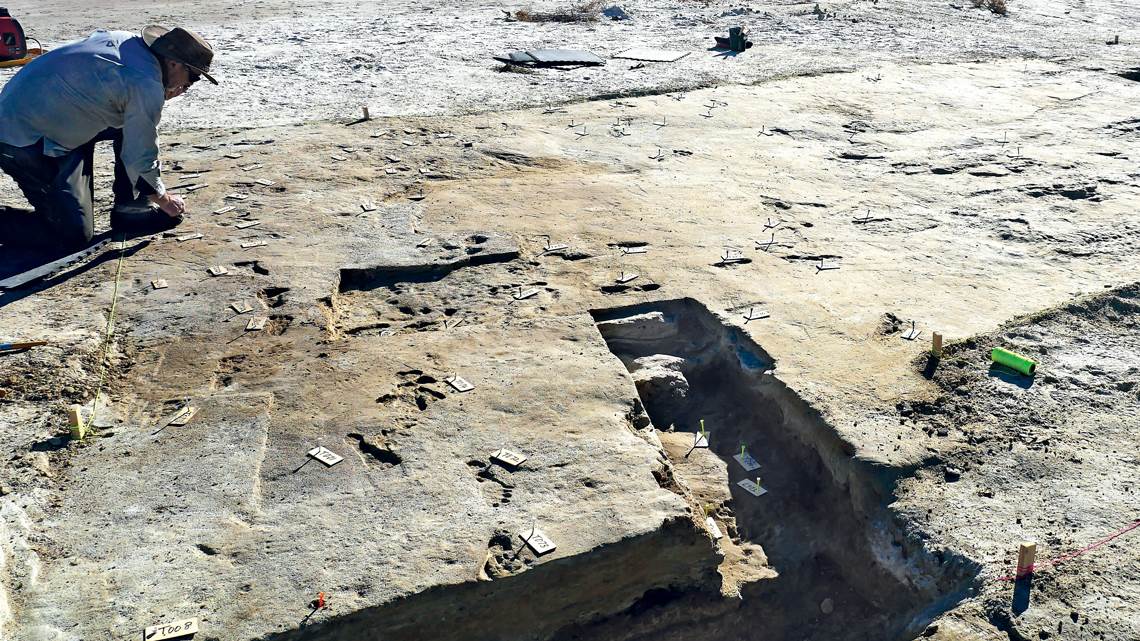 Fossilized footprints found in White Sands National Park, located in the southern US state of New Mexico, offer some of the most important evidence that humans first occupied North America much longer ago than has long been believed. The footprints were discovered in 2009 across an area of 300 square kilometers. Excavations by a team led by Matthew Bennett of Bournemouth University, UK, and Daniel Odess of the US National Park Service, identified Ruppia cirrhosa grass seeds in layers of sediment above and below the footprints. The seeds were dated at 23,000–21,000 years old (Science, September 24). This suggests humans arrived in the region during the last glacial maximum—when glaciers covered up to 25% of the world’s land mass between 33,000 and 15,000 years ago—and remained there for nearly two millennia. For a long time, archaeologists used 13,000-year-old stone artifacts found at Clovis, also in New Mexico, as a basis for the theory that humans only migrated to the continent much more recently, although there is other evidence, some of which has been questioned, that homo sapiens have been present in the Americas for at least 26,000 years. “White Sands provides the first unequivocal evidence for human presence in the Americas during the Last Glacial Maximum,” Odess told The New York Times.