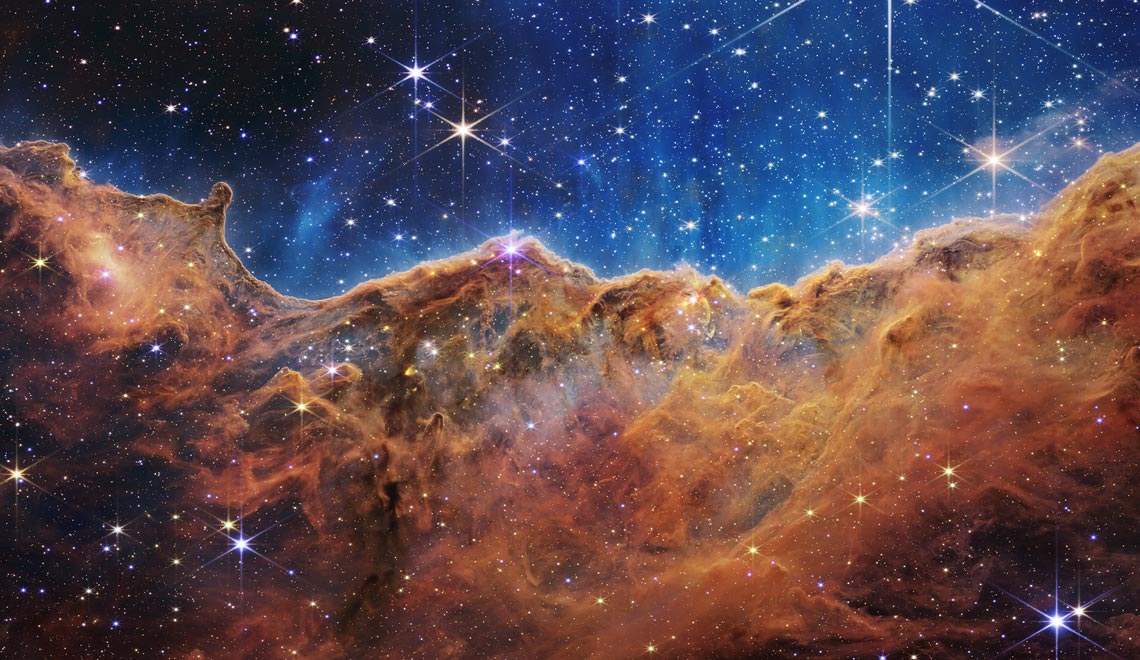 Region NGC 3324 in the Carina Nebula, which is a star nursery

Less than seven months after its launch, on December 25 last year, the James Webb Space Telescope (JWST) provided a preview of the services that it is expected to provide over the next 10 or 20 years. Released between July 11 and 12, the first images from the largest, most expensive, and most powerful telescope ever produced impress due to the sharpness and richness of the details. They are also examples of what will be the main research topics pursued with the help of the Webb telescope, a US$10 billion mega project with a troubled history (see Pesquisa FAPESP issue nº 310). 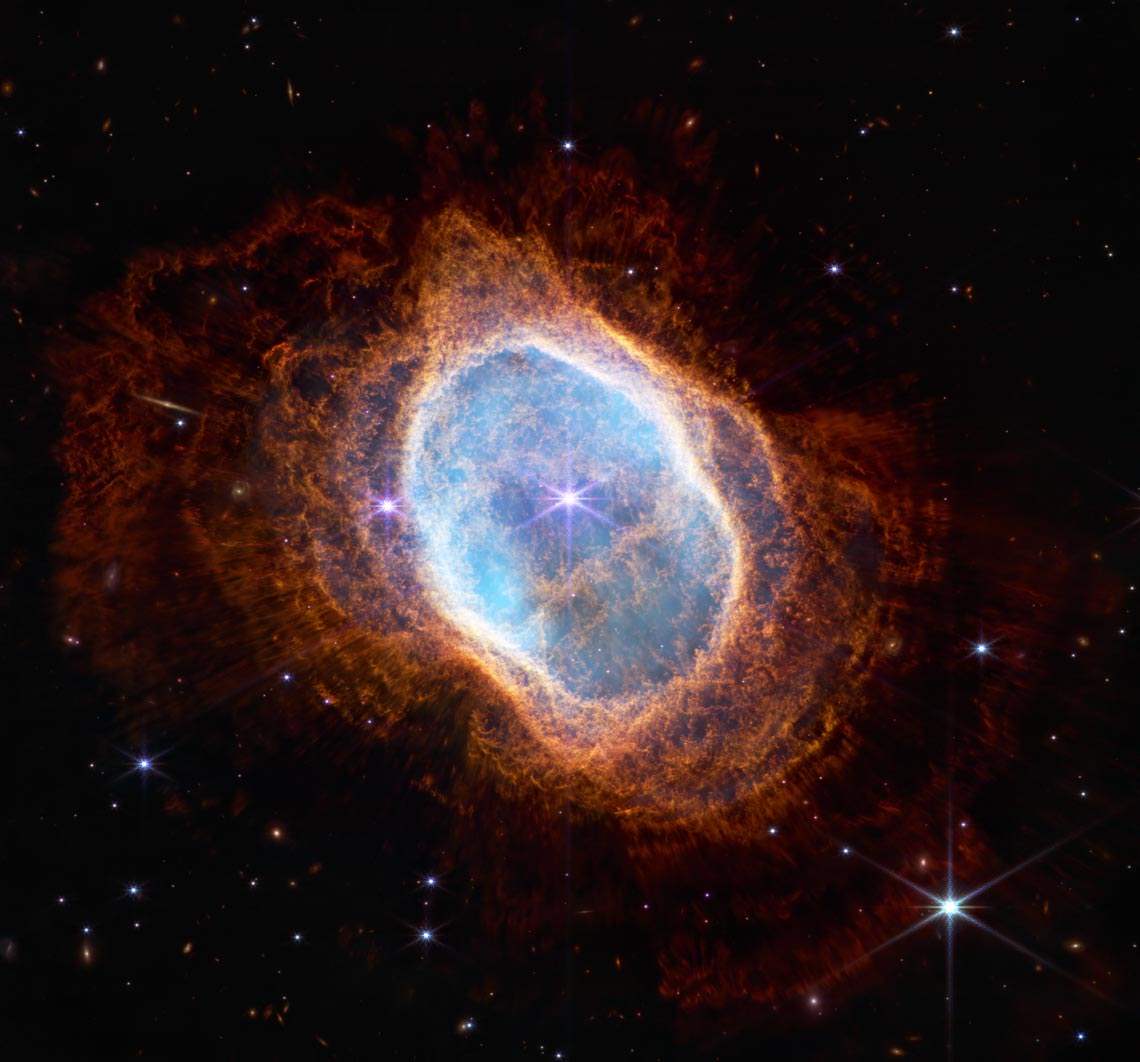 The first celestial image caught by the telescope was “the deepest infrared image of the distant Universe ever produced,” according to material published by the North American Space Agency (NASA), the main funding authority of the Webb. Strictly speaking, it is a combination of several images at different wavelengths obtained over 12.5 hours of observation. It represents the conformation of the SMACS 0723 cluster of galaxies around 4.6 billion years ago. The JWST observes the Cosmos primarily in infrared frequencies, which are not visible to the naked eye.

Besides this image of the cluster, images of three other formations were also released: the NGC 3324 region in the Carina Nebula, which is a star nursery; a group of galaxies that form Stephan’s Quintet; and rings of dust and gas surrounding a star at the end of its life, the planetary nebula NGC 3132. The telescope’s team also released data about the chemical composition of the atmosphere of an exoplanet, WASP-96 B.

“The quality of the disclosed material is unprecedented, from which an enormous amount of information is still to be extracted,” comments astrophysicist Rogemar Riffel, from the Federal University of Santa Maria (UFSM), in Rio Grande do Sul, who is coordinating a project that will use the Webb telescope between April and July 2023 to observe molecular hydrogen (H2) winds surrounding black holes in relatively close galaxies. 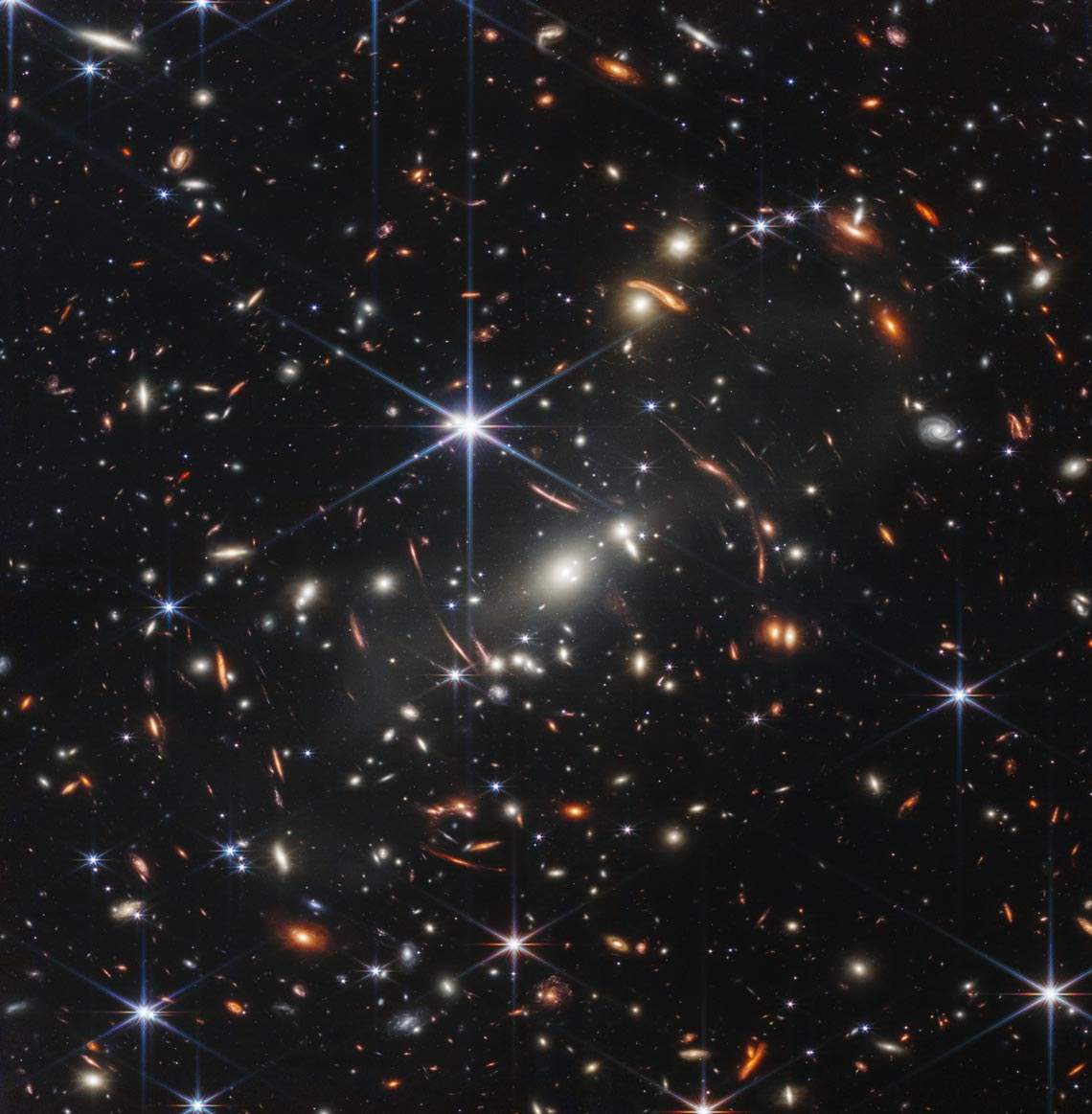 “The images are spectacular in several ways. For science, they provide details of the structure of objects as never seen before,” says Brazilian astrophysicist Will Rocha, who is currently on a postdoctoral fellowship at the University of Leiden, in the Netherlands. “They also represent feats of technology. The telescope’s instruments have high spatial resolution with the ability to separate the elements in a molecular cloud (amid the gas and dust), and high sensitivity, which enables dimly lit objects to be observed.” Rocha is coordinating a project that will use the Webb telescope from April 2023 to observe the chemical composition of six stars being born.

According to Dutch astrophysicist Roderik Overzier, from the National Observatory (ON) in Rio de Janeiro, who commands another project with reserved observation time on the telescope, the Webb telescope is working as well or even better than expected. “These first images were mainly chosen for the great visual appeal,” says Overzier. “But the true scientific discoveries will probably be made based on small flashes of light, no larger than a few pixels.” It’s wait and see.