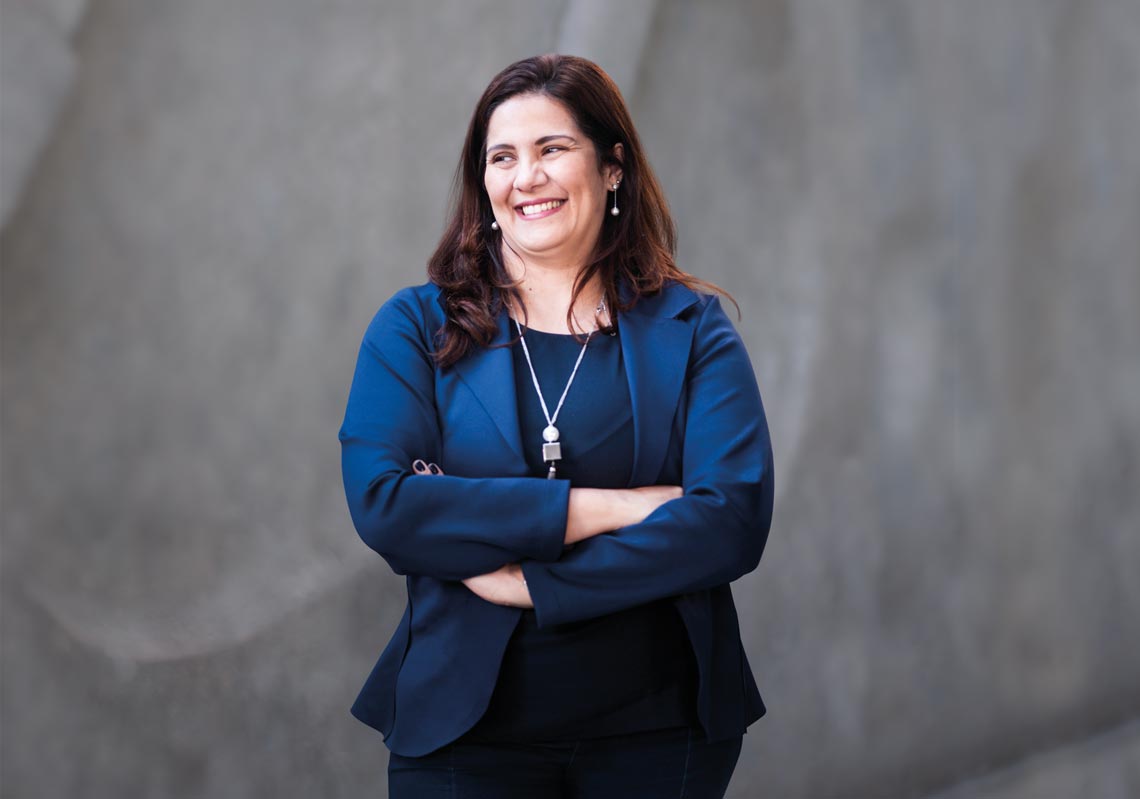 When Graciela Pignatari from São Paulo began studying at the School of Biological Sciences at Camilo Castelo Branco University (UNICASTELO) aged 17, she knew little about science or research. “I only chose this course because I wanted to work in a lab,” she recalls. Pignatari’s interest in science and lab work arose during childhood, when she would visit the clinical analysis laboratory where her mother worked, and it grew stronger in her final year of high school, when she accepted an invitation from Professor Jane Zveiter de Moraes to study the spread of melanoma cells in mice at the Department of Microbiology, Immunology, and Parasitology at the Federal University of São Paulo (UNIFESP).

She became so passionate about the research subject that as part of her master’s degree in biology she produced a single-chain molecule from a monoclonal antibody, and during her PhD, which she completed at UNIFESP in 2005, she interned at the Icahn School of Medicine at Mount Sinai, New York. Her time overseas, which she spent studying the functions of cell receptors, taught her a lot. “One of the most interesting things was deconstructing the notion that everything is better abroad. I realized that the research we do in Brazil is actually very high quality,” she notes.

Pignatari had been a FAPESP grant recipient since her master’s degree, and upon returning to Brazil in 2009, she started a postdoctorate with the “Tooth Fairy” project, coordinated by Patrícia Beltrão Braga of the Institute of Biomedical Sciences at the University of São Paulo (ICB-USP), in partnership with Alysson Muotri of the University of California, San Diego. Dedicated to investigating biological mechanisms related to autism spectrum disorder (ASD), the organization collects milk teeth from autistic children and attempts to reprogram and transform their cells, which can then be used to produce neurons. The research has led to the development of more efficient diagnostic tools.

Her enthusiasm for biology and ASD research led Pignatari to start her own company. In 2016, she founded Tismoo Biotech in partnership with Braga, Muotri, and two other researchers. “During our research, it became evident that autism is a multifactorial disorder that despite being mostly to do with genetics, may also be related to environmental aspects,” says Pignatari, who helped design and structure the project. “Tismoo is the only company in Brazil offering the technology to identify genetic changes related to ASD and other neurological disorders that result in similar behaviors,” she explains. The startup uses a bioinformatics platform to gather the most relevant scientific publications on the subject and compares the genetic variants of a patient with international data. “As well as checking for existing treatment for each mutation, the platform is continuously updated, meaning that if new research or tests are developed, the tool gives the doctor and the patient’s family the latest information.”

Data from the World Health Organization (WHO) indicates that 70 million people worldwide suffer from ASD to some degree. The chronic disorder primarily affects males and manifests in early childhood.