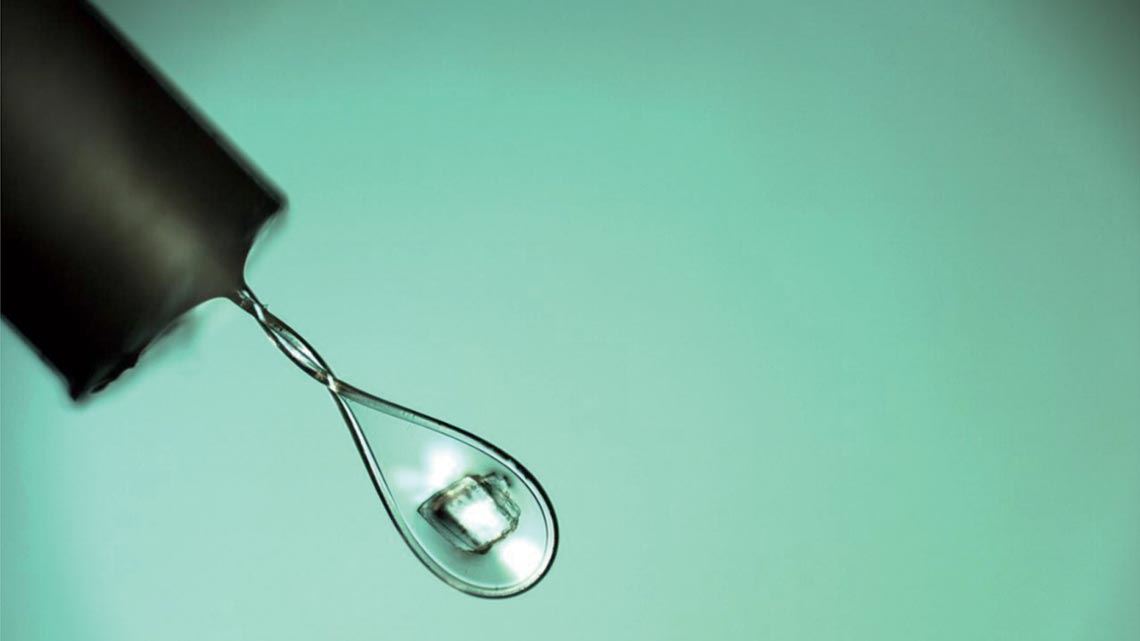 Upon entry into operation, the Manacá beamline at the Sirius laboratory was directed at crystals of the 3CL protein, part of the mechanism by which the SARS-CoV-2 virus multiplies. Inside a droplet held by a loop attached to the device, the crystal measures one tenth of the thickness of a strand of hair. The way the molecules scatter the beam of light gives researchers a snapshot of the three-dimensional structure of the protein that the tiny crystal is made of. In this case, the device was merely being tested: the molecule’s structure was already known. But the positive result has opened up Brazil’s largest laboratory to external experiments.

Image submitted by physicist Ana Carolina Zeri, a researcher at the Brazilian Synchrotron Light Laboratory / Brazilian Center for Research in Energy and Materials (CNPEM) in Campinas and head of the Manacá beamline