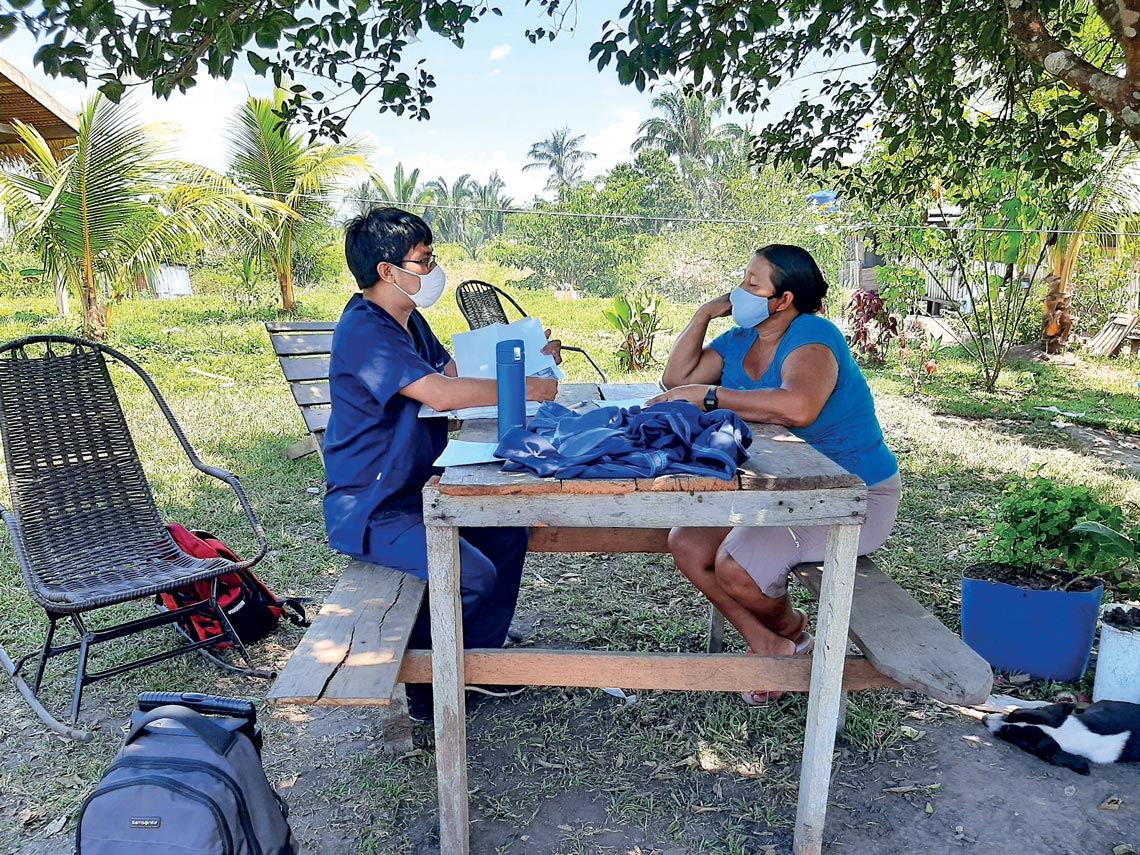 Dutra provides healthcare to the indigenous community of Jutaí in the municipality of Autazes, Amazonas

Since graduating in medicine six months ago, Israel Fontes Dutra has dedicated his life to helping indigenous peoples in Manaus, Amazonas. A member of the Tuyuka ethnic group, Dutra is one of 71 graduates from the School of Health Sciences at the State University of Amazonas (UEA) who in April this year were awarded their degrees early to allow them to treat COVID-19 patients.

“The graduation ceremony took place in the morning and I applied for my professional registration in the afternoon,” says Dutra, who then worked his first shift at an emergency department in the city of Manaus. “I had mixed feelings; I was happy to be graduating, but sad to see the hospital full of patients in serious condition,” he explains. As a speaker of the Tukano and Tuyuka languages, Dutra is part of two healthcare teams that operate in the city’s Special Indigenous Health District (DSEI).

Born 47 years ago in the community of Mercês, located on the Igarapé Cabari river in the district of Pari-Cachoeira in São Gabriel da Cachoeira, Dutra graduated from the Catholic University of Brasília in 1999 with a degree in philosophy. In 2005, he completed his second degree—this time in mathematics—at the Federal University of Amazonas (UFAM), and the following year, he started two graduate programs at the same time. 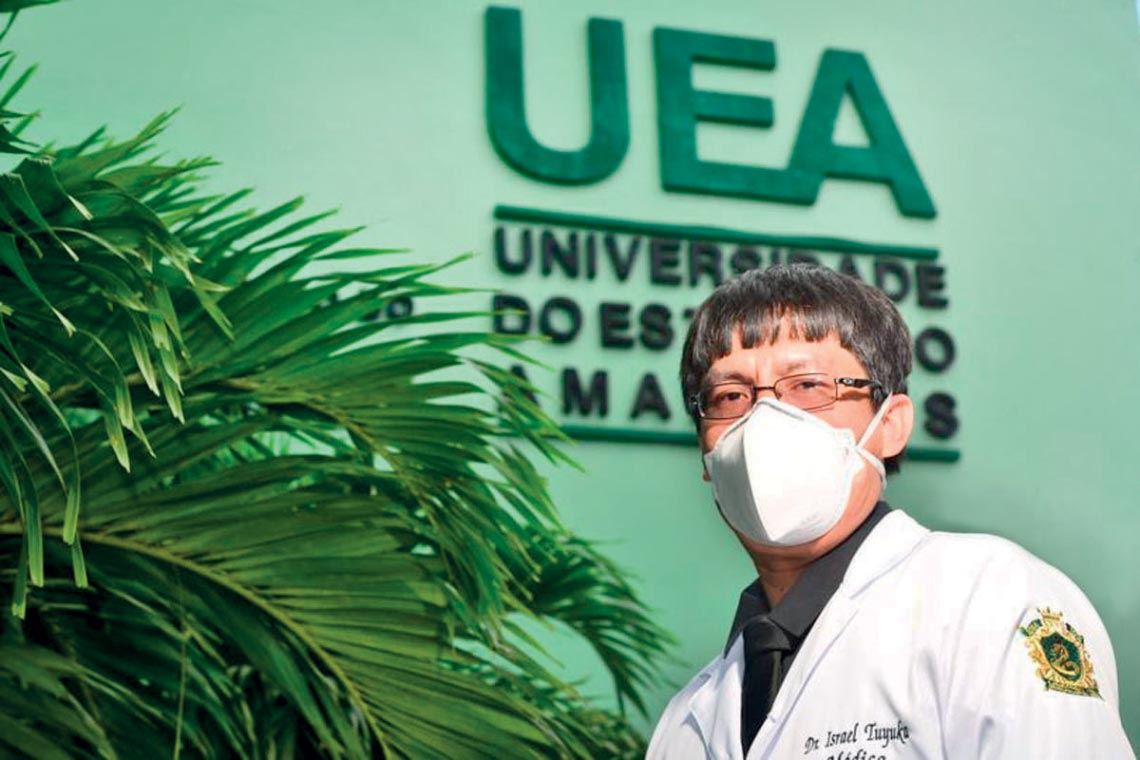 During his master’s degree in human geography at the School of Philosophy, Languages and Literature, and Humanities (FFLCH) of the University of São Paulo (USP), he researched the relationships between the Tukano people of Pari-Cachoeira, Brazil, and the Tuyuka of Trinidade, Colombia. During his master’s degree in social sciences at the Pontifical Catholic University of São Paulo (PUCSP), he studied shamanism and the rituals of Tuyuka shamans.

He decided to study medicine soon after completing his master’s degrees, motivated by the testimonies of his indigenous peers and the poor or non-existent medical care provided in the Upper Negro River region, which has one of the largest indigenous populations in the country—the Tuyuka people are one of 23 ethnic groups living in the area. “In my field research, I realized that the tradition of training new shamans was being lost. Many end up dying without passing their knowledge onto new generations, which makes the community even more vulnerable,” he explains.

While studying his undergraduate degree, Dutra took internships at the Alfredo da Matta Foundation for Tropical Dermatology and Venereology (FUAM) in Manaus, where he recorded a series of videos in the Tukana language about diseases such as leprosy and tuberculosis, as well as helping produce COVID-19 prevention videos in the Paumari, Tikuna, Marubo, Nheengatu, Baniwa, and Tukana indigenous languages.  The material was distributed by FUAM’s telehealth program. “Until then, the guidelines were not being well understood in these areas. With awareness campaigns only carried out in Portuguese, indigenous peoples were unable to understand them,” he explains.

Having studied many different fields of knowledge, Dutra says that his eclectic education has been of great value to his work in healthcare. The son of a shaman, he emphasizes how important his inherited wisdom has been to his new profession. “They are different worlds, but they complement each other in the pursuit of disease prevention, treatment, and cures, as well as the saving lives.”