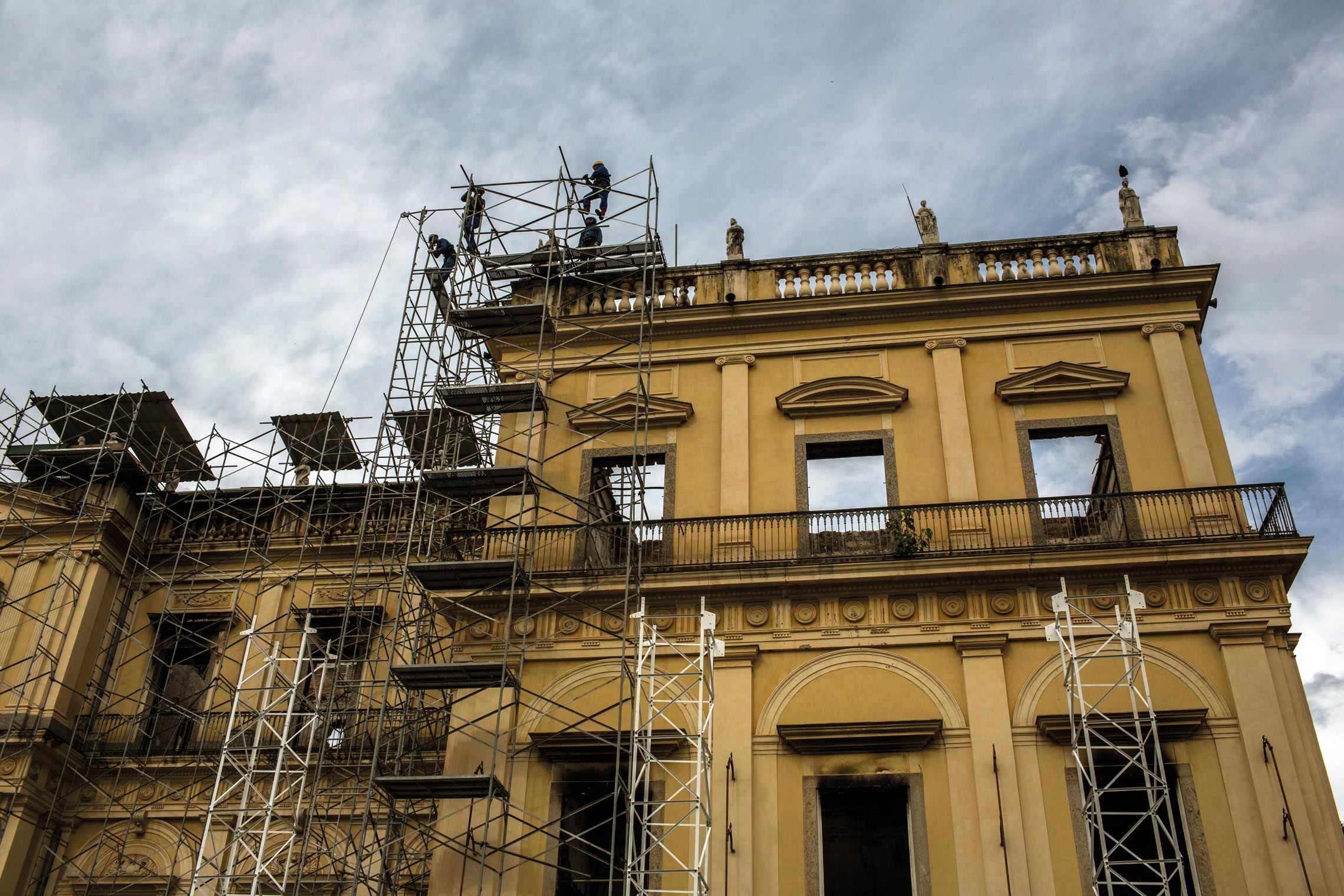 A few dozen rocks lie on a plank of wood supported by two trestles. On the wall behind, two hand-painted messages contextualize the scene: “Please do not remove the samples from the workbench;” “Former sedimentary and environmental geology sector.” It is the morning of February 12, 2019, five months and ten days after the Brazilian National Museum in Rio de Janeiro was almost completely destroyed by a fire that burned for six long hours. For the first time, the media is given access to the ruins of São Cristóvão Palace, formerly the official residence of the Brazilian monarchy and home of the museum. 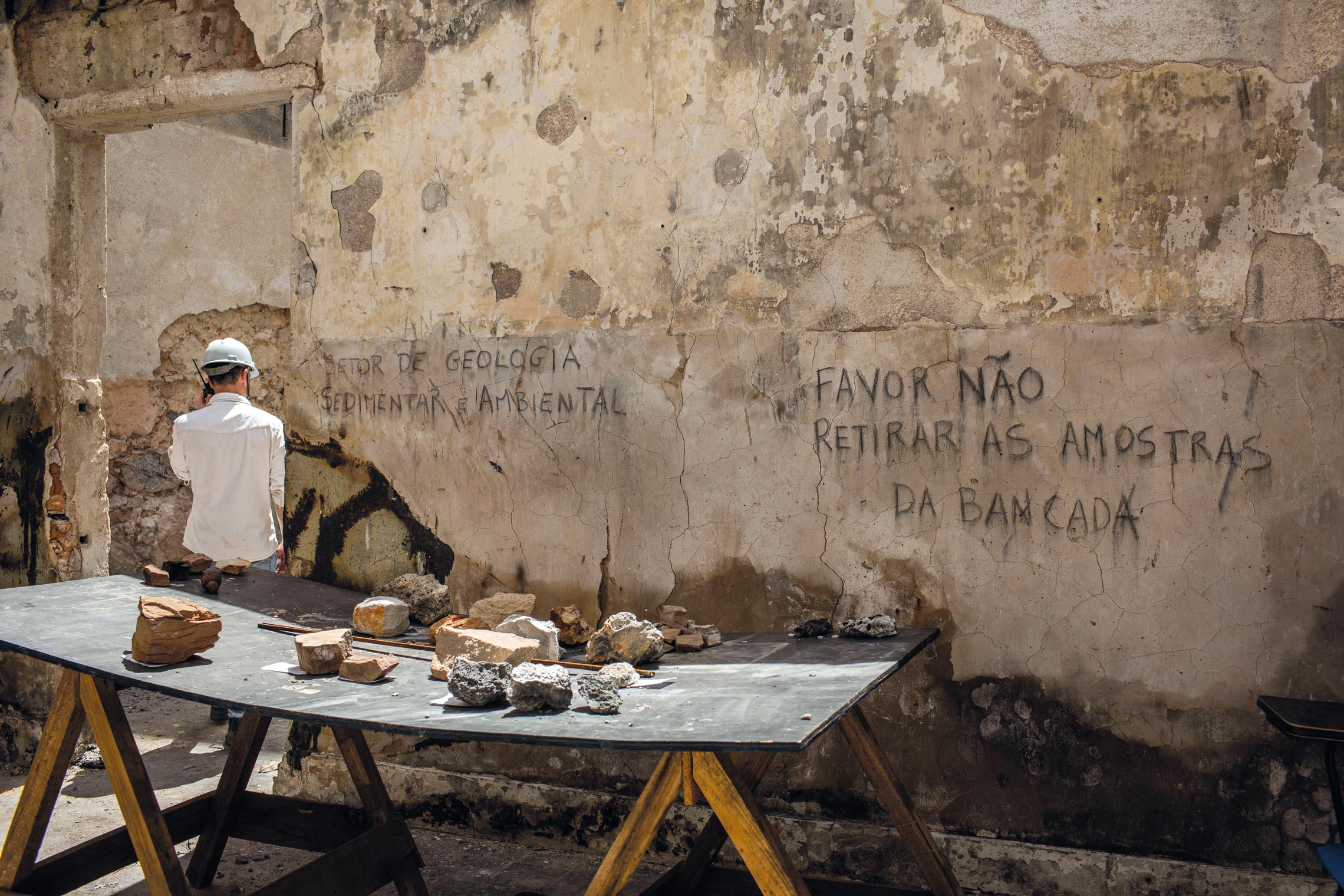 Internal area where the geology section was locatedAna Carolina Fernandes

With no roof, what is left of the building remains exposed to the elements; scaffolding holds up the parts of the structure that were able to withstand the blaze and the resulting displacement of the foundations. The second and third floors of the building no longer exist. The ground floor is a scene of scorched, peeling walls, twisted iron, charred fire extinguishers, and incinerated cabinets, some still holding samples from the museum’s scientific collection, which comprised roughly 20 million items. A museum employee with a sieve tries to unearth some fragment of historical or scientific significance among the finer debris. About 2,000 items from the collection have so far been salvaged from the ruins. The work to shore up and provisionally cover the palace is expected to be completed this month.