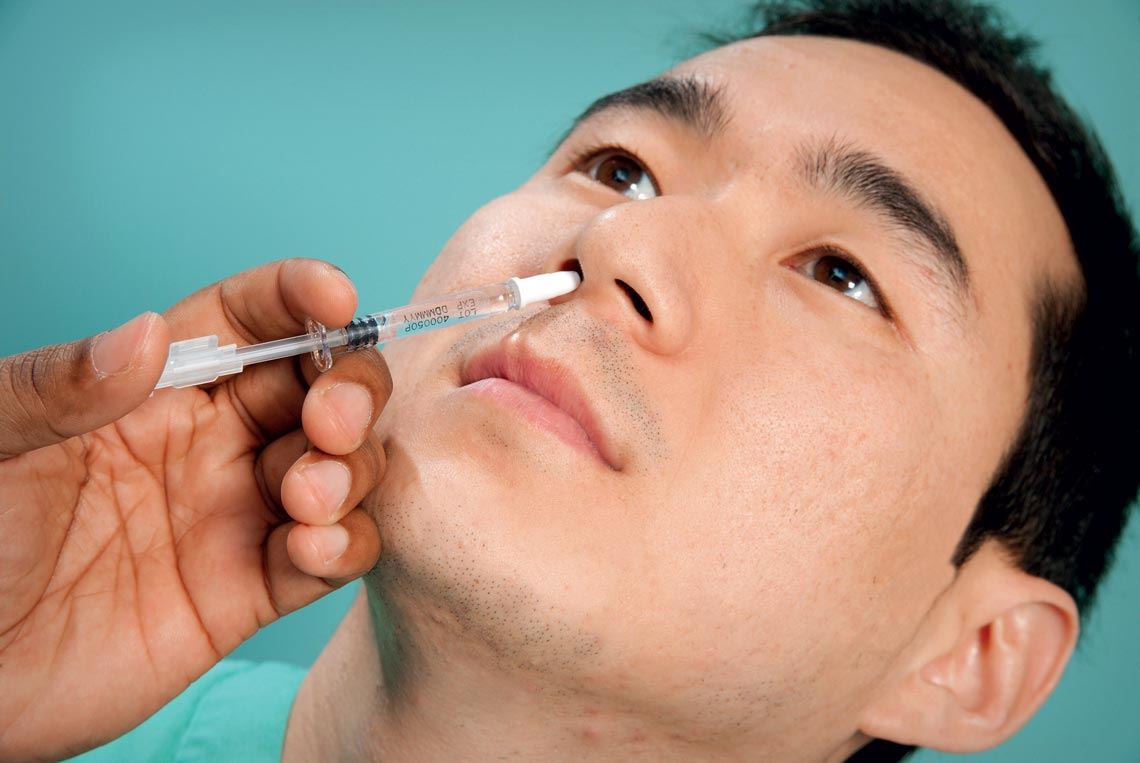 Two international studies have suggested that COVID-19 aerosol vaccine candidates, administered intranasally, offer protection against SARS-CoV-2 infection in animals. According to a study led by researchers from the Washington University School of Medicine in St. Louis, Missouri, a single dose of such a vaccine prevented mice from developing the disease after being exposed to the coronavirus (Cell, August 19). The rodents were given human receptors that bind to the spike protein used by SARS-CoV-2 to invade cells. The animals had the virus in their lungs, but were unaffected by the pathogen. In the second study, a team from the First Affiliated Hospital of Guangzhou Medical University, China, obtained a similar result with an intranasal vaccine, as well as its injectable version, in rhesus monkeys (Nature Communications, August 21).