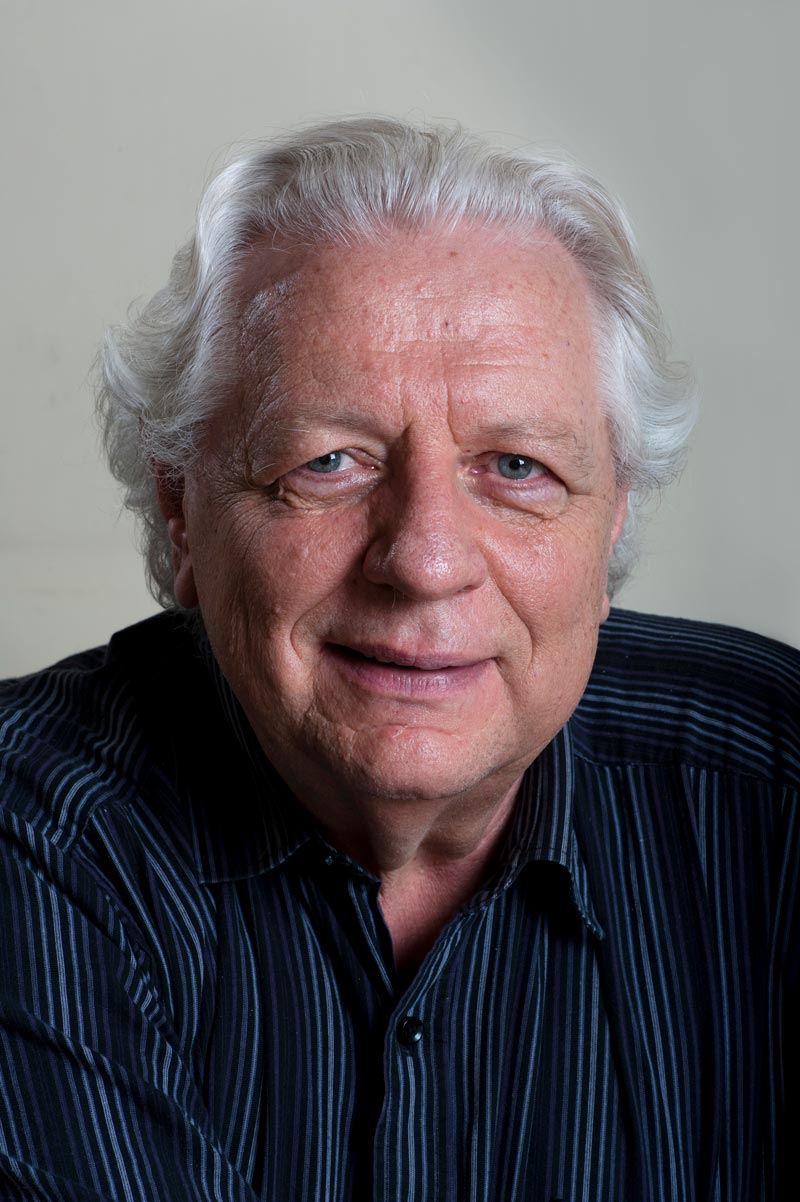 Léo Ramos ChavesThe work left behind by researcher and science administrator João Evangelista Steiner will serve as a model, and as the foundation for current and future generations of Brazilian astrophysicists to continue playing their primary role: that of turning trained eyes to the sky and, with their vision amplified by telescopes, finding knowledge where most people only see a few points of light in the dark. The tenured professor from the Institute of Astronomy, Geophysics, and Atmospheric Sciences at the University of São Paulo (IAG-USP) died unexpectedly on September 10, at the age of 70. As a scientist, in the arena of ideas, Steiner specialized in X-ray astronomy and the study of active galactic nuclei. Today, astrophysicists believe that at the center of most galaxies—such as the Milky Way—there is a colossal black hole, with a mass equivalent to that of millions or billions of suns, from which no matter, not even light, escapes.

Steiner, who was devoted to this area of study, was a highly influential researcher. He graduated in physics at USP and earned his master’s and doctorate in astronomy at IAG, where he has been a professor since 1977. He published more than 110 articles in peer-reviewed scientific journals, to say nothing of his contributions to books, the research he presented at scientific congresses, and his years as academic adviser to 29 master’s and doctoral students. As an example of his work, in the late 2000s he refined a statistical method that had already been adopted in other areas of science (principal component analysis) to analyze the immense amount of data generated by integral field spectroscopy, an astronomical observation technique.

“With this method he discovered black holes in places where nobody had found anything,” says astrophysicist Augusto Damineli of IAG, who was Steiner’s friend and coworker for 50 years (they were undergrad students together, along with Laerte Sodré, who is also a professor at IAG today). “He held many administrative positions, but he never stopped doing research.” Among other functions, he was director of the National Astrophysics Laboratory (LNA) from 1997 to 1999, a secretary of the Ministry of Science and Technology (MCT) from 1997 to 2002, and director of the Institute for Advanced Studies (IEA) at USP, from 2003 to 2007. He also coordinated the establishment of the São Paulo Technology Park System.

Originally from Santa Catarina, of German ancestry, Steiner was soft-spoken, but firm. Besides his scientific contributions, perhaps his greatest legacy was his performance as a research team manager and public administrator. Steiner always fought to modernize the infrastructure for astronomical research in Brazil. “After his postdoctoral work in the United States [from 1979 to 1982], where he also spent time on the staff at the Harvard-Smithsonian Center for Astrophysics, Steiner returned to Brazil with a deep sense of urgency regarding the need to improve the country’s astronomy research infrastructure. Since then, he has worked tirelessly towards that goal. “We can say, without a doubt, that the access that our community has to medium and large telescopes today is a direct result of his tremendous efforts in that direction,” says astrophysicist Claudia Mendes de Oliveira of IAG, a member of the FAPESP Science Board Adjunct Panel and Steiner’s friend.

Through international agreements, which counted on either Steiner’s formal leadership or direct participation, Brazilian astrophysicists currently have guaranteed observation time on at least two telescopes located outside Brazil. At the Gemini Observatory, comprised of two identical 8.1-meter optical telescopes, one located in Chile, the other in Hawaii, Brazil is allotted 6.5% of the total use time of both instruments. Since 2005, about 30% of the observing time at the SOAR 4.1-meter telescope located in Chile has been reserved for Brazilian astronomy. “At its beginning in the 1970s, Brazilian astronomy basically relied on small observation instruments located within Brazil’s borders,” recalls Wagner Corradi, current director of the LNA.

Artistic representation of the GMT super telescope under construction in Chile, with participation from FAPESPGMTO Corporation / M3 Engineering

Located in Itajubá, Minas Gerais, the LNA coordinates the country’s participation in the Gemini and SOAR telescopes and operates the principal telescope on Brazilian soil, the Pico dos Dias Observatory (OPD), nearby. Opened in 1980, the OPD has three modest telescopes, the largest with a 1.6-meter mirror. The international partnerships were driven primarily by natural limitations imposed by Brazil’s geography. The country’s weather conditions are not ideal for operating large observatories, which tend to be installed in desert areas, far from urban centers, where there are far more nights with clear skies, a more promising scenario for regarding the firmament. “The international agreements, which required Professor Steiner’s greatest efforts to accomplish, made possible huge leaps in the quality of Brazilian astronomy,” Corradi says.

In February of this year, when he became director of the LNA, Corradi received a call from Steiner. In addition to congratulating him on his new the position, the USP astrophysicist reiterated his eagerness to continue working together to improve the instrumentation of SOAR, one of the projects nearest to Steiner’s heart. “He could have just sent me an email, but he made a point of calling me,” recalls the LNA director.

in the municipality of Santa Catarina in São Martinho. Until the age of ten he spoke only German

In 2010, Steiner was the main defender and coordinator of the state of São Paulo’s participation, through FAPESP financing, in the international consortium running the Giant Magellan Telescope (GMT) project. The GMT is a 24.5-meter telescope under construction in Chile, with an estimated total cost of US$1 billion, which is scheduled to open by the end of this decade. It is expected to usher in a new era of observations of the universe, for example, allowing astronomers to study the atmosphere of exoplanets in detail (see Pesquisa FAPESP issue no. 231). By virtue of an agreement signed in December 2014, São Paulo researchers will be entitled to 4% of the super telescope’s observation time. FAPESP has committed to investing US$40 million in the GMT, 80% of which has already been paid. João Steiner was the Foundation’s representative on the GMT founding committee.

“He was a brilliant scientist and made an extraordinary contribution to the design of the research system in Brazil, both at INPE [National Institute for Space Research] and USP, and especially at the national level, as Secretary of Research Units at the MCTIC [Ministry of Science, Technology, Innovations and Communications], where he implemented several social organizations and helped define our institutes’ missions. At FAPESP, he was also crucial, coordinating some of the Foundation’s largest projects,” said the director-president of the Foundation’s Executive Board, Carlos Américo Pacheco, to Agência FAPESP. “Professor Steiner was an icon in Brazilian science, with contributions in numerous spheres of activity. His passionate work on behalf of science will be his lasting legacy,” added Luiz Eugênio Mello, FAPESP science director. 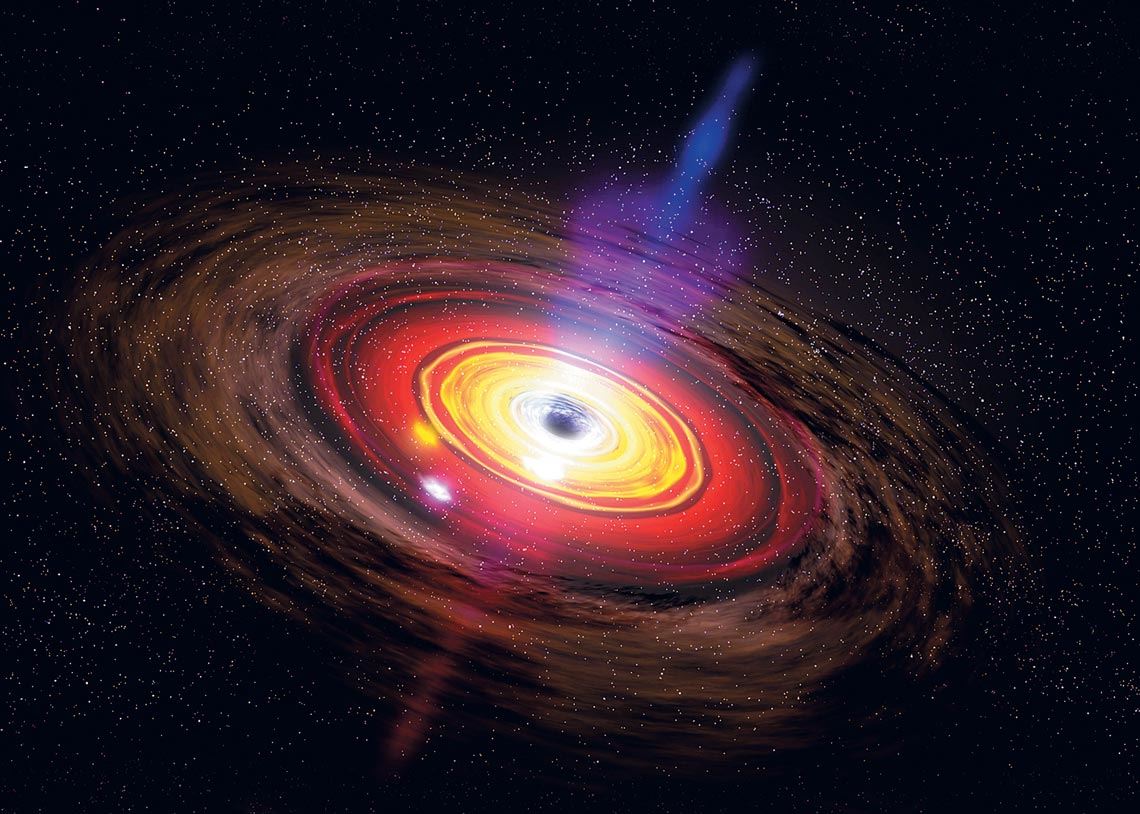 Artist’s depiction of a black hole, one of the celestial objects Steiner devoted the most study toESA

Science education and communication, particularly regarding astronomy, were activities to which Steiner zealously dedicated himself. His video courses, Astronomy: An Overview I and II, aimed at a non-specialized audience, have about one million views on YouTube. The programs were filmed at Steiner’s classes for first-year students pursuing a bachelor’s degree in astrophysics at IAG. He also had a weekly column on USP radio, called “Understanding Stars.” Initiatives like these inspired careers in astrophysics. “When I was in high school and decided that I wanted to study astronomy, it was Professor Steiner who confirmed this interest for me, with his videos on YouTube that made an astronomy course accessible to anyone with an interest and the internet. Then, in college, I met Steiner personally in class. His fascination with the universe was so contagious that, in the first subject I took at the IAG, I was already begging to do my undergraduate research with him,” says Catarina Aydar, in a testimonial on the IAG website. Now a master’s student, Steiner was her academic advisor.

Born in a family of farmers from Germany, Steiner only began learning Portuguese at the age of ten. Until that time, he had only spoken German, then the principal language spoken in São Martinho, his hometown in Santa Catarina. “My great-grandparents came from the Rhine valley, in Germany, and went to the Capivari valley, in Santa Catarina. My father’s family came from Koblenz, where the Moselle River merges into the Rhine. My mother is from the Boeing family and came from Bocholt. She was descended from two brothers who were fleeing from German military service. William went to Seattle and founded a company that later went on to manufacture planes, named Boeing. Werner went to Santa Catarina. The bad news in this story is that I was born on the poor side of the family,” he recalled with humor, in an interview granted in 2013 to Pesquisa FAPESP.

With the arrival of the Covid-19 pandemic in Brazil and the suspension of in-person activities at USP, Steiner opted to isolate at the family’s rural property in São Martinho. He had been in Santa Catarina for five months when, on the morning of September 10, he felt ill while taking a walk with his eldest son, Renato, and suffered a heart attack. “For the Indians of Brazil, when a person dies, they become a star. João is now a star of the first magnitude,” concludes Augusto Damineli.