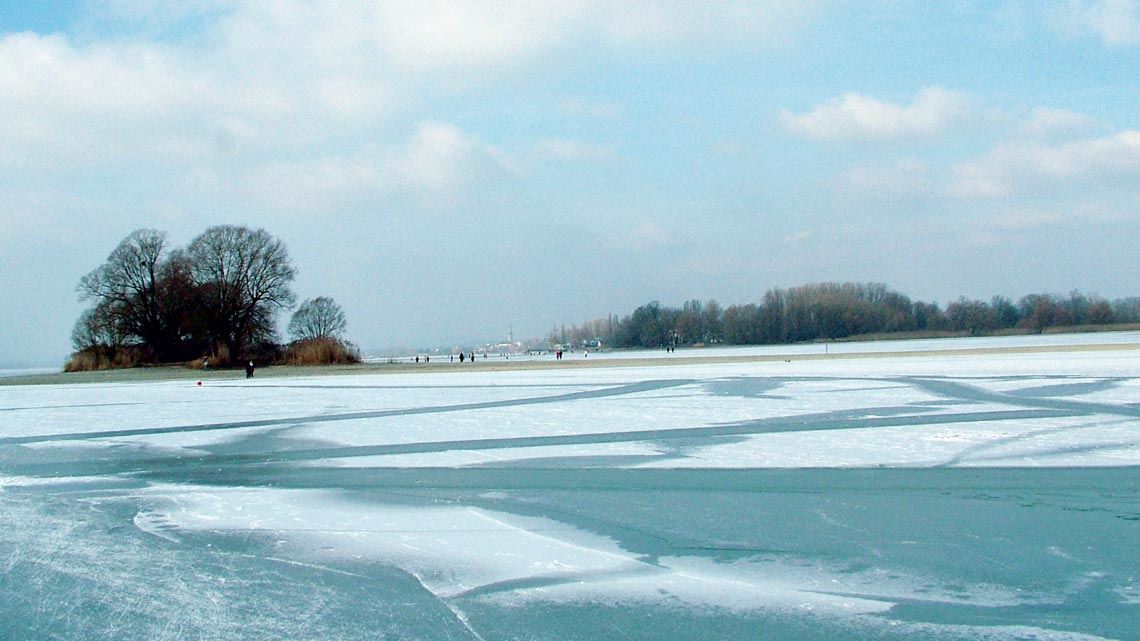 Lake Constance in Germany, one of the lakes that could become permanently ice-free

Some 5,700 lakes in the northern hemisphere are expected to lose their ice cover during the winter by the end of the century if global greenhouse gas emissions do not start to fall before the end of this decade. This is the forecast of a team led by researcher Sapna Sharma, from York University in Canada, who evaluated 1.35 million lakes based on projections of winter temperatures over the coming decades under various climate change scenarios (Geophysical Research Letters, December 6). The team concluded that the lakes most vulnerable to completely losing their ice cover are those farthest south in the northern hemisphere and those closest to the coast. One hundred and seventy-nine lakes are projected to permanently lose ice cover by 2030 and two of the great lakes—Lake Michigan in the USA and Lake Superio, on the border between Canada and the USA—could be ice-free by 2055 if no action is taken, or by 2085 if emissions are moderately reduced. Ice cover in winter is important to ensuring the quantity and quality of fresh water made available by these lakes, explains Sharma. Ice sheets reduce the evaporation of water. A lack of ice in the winter raises the temperature the following summer, exacerbating the effects of global warming. The increase in temperature and the absence of ice can also lead to a proliferation of toxic algae, contaminating the water.