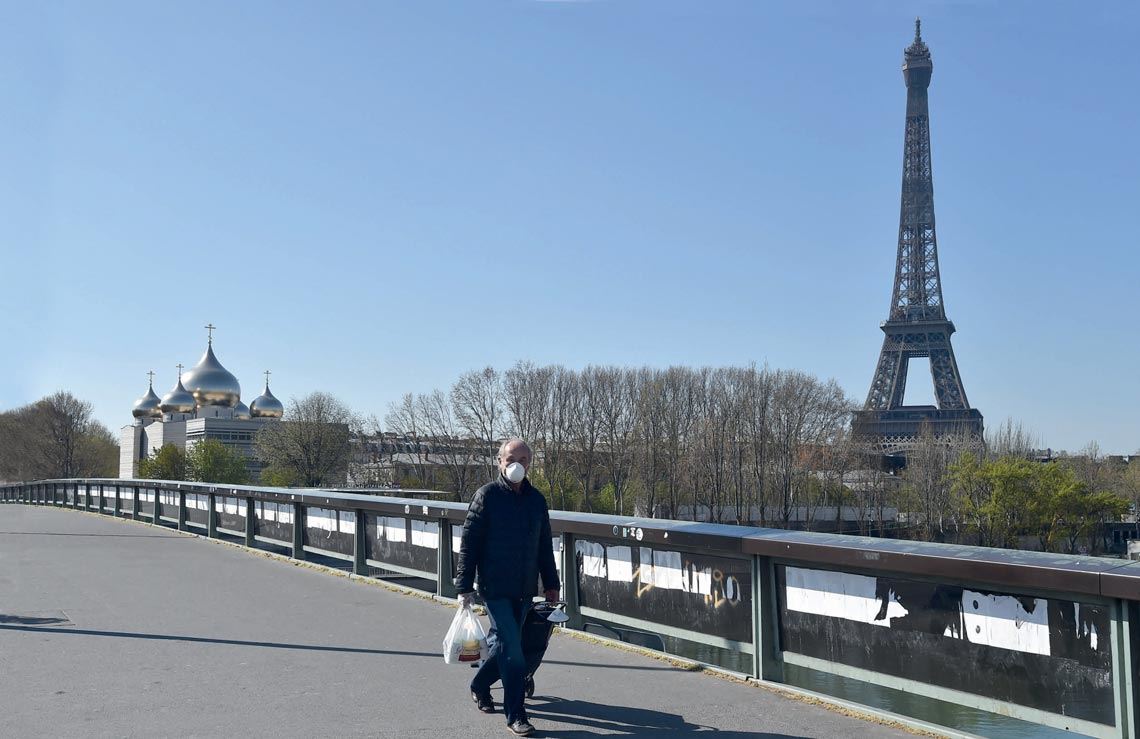 Empty Paris during lockdown in April 2020, which led to a drop in air pollution

The strict social distancing measures adopted by governments to try to contain the spread of the pandemic have improved air quality in some of the world’s major cities, but not to the level that many scientists expected. The conclusion is based on a study that assessed the concentration of some of the most harmful pollutants to human health in 11 cities in Europe, China, India, and the USA. Zongbo Shi, a researcher at the University of Birmingham, UK, and his colleagues found that with more people staying at home, the levels of nitrogen dioxide (NO2) decreased by between 10% and 50% in all of the cities (Science Advances, January 13). However, they also observed a 30% increase in ozone (O3) levels. Both NO2 and O3 are associated with respiratory problems. The researchers also found that fine particulate matter (PM 2.5), one of the most harmful pollutants, decreased in nine of the cities—the exceptions were London and Paris. Even in cities where it decreased, however, its levels still remain higher than recommended by the World Health Organization (WHO).